Les Mis' at the IU Auditorium 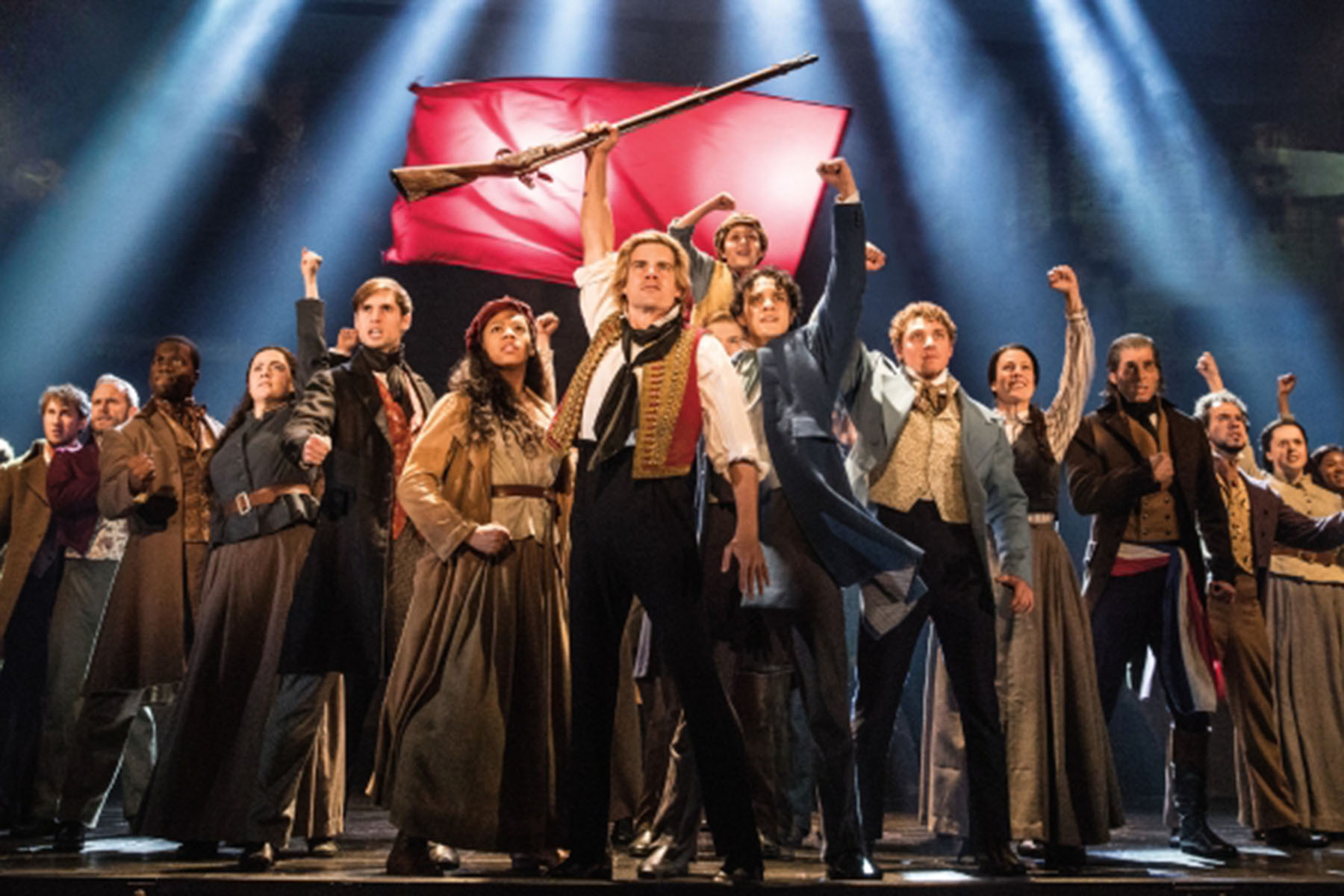 Cameron Mackintosh’s Boublil and Schonberg’s Les Miserables at the IU Auditorium is in town for eight performances. It returns to the Auditorium in a new staging through Sunday February 9th.

Les Mis is an opera that explores how love and redemption may overcome entrenched injustice and evil.

Valjean, sent to the galleys for five years for stealing a loaf of bread is set free, but with a yellow parole card prom policeman Javert, Preston Truman Boyd that means there’s no honest work for him. Its IU grad Andrew Maughan as the Bishop Digne whose generosity changes Valjean’s path from crime to redemption while another IU grad Brian Eads leads the performance.

Valjean tears up his yellow card and becomes a successful businessman. Fantine, Mary Kate Moore is thrown into the streets by his own jealous workers. First she parts with a locket, then her hair and then Fantine is about to part with her virtue to join the lovely ladies. Valjean rescues her from his unsuspecting nemesis the implacable policeman Javert.

As a cart has overturned pinning a man underneath, Valjean is able to lift it off. Javert recognizes the parole violating former convict and is convinced when Valjean escapes after freeing another arrested in his stead. As she dies, Fantine makes Valjean promise to care for her daughter Cosette.

The rescue of little Cosette, Emily Jewell Hoder introduces the tavern keeping Thenardiers, Jimmy Smagula and Micelle Dowdy. At their overly complicated den of iniquity even blind men are more or less innocent victims and Valjean pays a heavy price to these two for Cosette.

Nine years later…the years pass quickly in Les Mis…a grown Cosette, Jillian Butler is the wealthy Valjean’s ward Cosette. Phoenix Best has also grown as the Thenardier’s daughter Eponine. Both the gentle Cosette and the street wise Eponine fall for the student Marius, a dashing Joshua Grosso. Marius is struck by Cosette while Eponine must help and hide her own love.

With the death of a popular leader, Marius joins the student revolutionaries led by Enjolais, a charismatic Matt Shingledecker. The students builds a barricade and call for others to join them. Javert comes as a spy and is unmasked by the street urchin Gavroche, Patrick Scott McDermott. Valjean asks to dispose of him and frees the policeman.

The people don’t join the students and they vow to die as a sign. The message-bearing Eponine is wounded and as she dies in Marius’s unsuspecting arms I shed a few tears. Gavroche is also killed.

Marius too is wounded and Valjean takes him to safety through the sewers. The flashes of light, the gun shots and the general activity made the barricade an effective theatre piece, but the varied projections and the fog of the sewers were a real tour de force. Once again Javert comes upon the pair and when he permits Valjean to continue with Marius he snaps. His cast iron hold on justice doesn’t work and Javert dramatically drowns himself in the Seine.

Marius recovers in Cosette’s care. Valjean confesses his past and departs. At their wedding the Thenardiers try to black-mail Marius and as he unmasks them he realizes that it was Valjean who rescued him.

Marius and Cosette go to the aged Valjean and he explains his life to Cosette. The ministering spirits of Fantine, and Eponine come to guide him to heaven as the students look on.

Wednesday night’s audience applauded for each song and as the cast assembled for the curtain call rose to their feet as Valjean appeared.

Les Mis’ plays through February 9th at the IU Auditorium

You may find a preshow interview with Andrew Maughan at wfiu.org/arts