I'm George Walker and our guest is Tim Stebbins, who is the executive Director of productions at the Musical Arts Center and we're talking a little bit about La Boheme by Puccini, that opens on April 23rd, Friday at 7:30 and then plays on April 24th at 7:30.

The cast of characters includes Rudolfo, Schaunard, Marcello, Colline, Mimi, Musetta, Alchindoro and Benoit. The production is conducted by Arthur Fagen. Michael Shell is the stage director, Mark Frederick Smith.directs the scenic design., Dana Tzvetkov does the costuming, Kevin Phillips does the lighting, and Walter Huff is in charge of the chorus.

Now it's been a trying year for opera at the Musical Arts Center. Tim tell us a little bit about how you've worked.

Tim Stebbins: Well, it has been a trying year, George. It was almost as if the Covid virus was built to undermine opera and the performing arts because those are the things that require of course human interaction to distance ourselves from each other from our patrons was challenging to say the least. Fortunately, the School of Music and the Opera Theater the resources are vast. So, the entire school worked very hard over the summer to come up with different ways of being able to continue with the performing arts that are so important to our students.

For the Opera Theater in particular, what it meant was internalizing all of the forces it takes to mount an opera. The set designs, the costumes., the lighting, the stage direction and the conducting were all done by Jacobs School of Music personnel.

Michael Shell., my goodness, he directed all five operas this year, so it's just one opera after another. And of course, he had to be very clever in figuring out the staging for each opera to maintain distancing that was appropriate to deal with the masks that all of our students and everybody in the building wore at all times. And to come up with compelling direction for each operator, he did a masterful job. We were so grateful to have Michael with us.

George: I'm curious about your singers working with Michael Shell and just how you're staging La Boheme, as I recall there's a lot of interaction, in the lavish production that that we that we're used to.

Tim: Yes, conducting we had a list of conductors not normally seen in the Musical Arts Center. Chuck Prestonari kicked off the season by conducting Little Women. We had Kevin Murphy do Barber of Seville and Xerxes. They were terrific, and then Arthur Fagen picking up the last two operas, Turn of the Screw and La Boheme. It’s been a, a trying year.

We're looking forward to wrapping up the season and looking forward to presenting Boheme as the wrap up. It's such a great opera, of course. The music is so terrific.  I do want to let everybody know that it won't be the La Boheme. We're used to seeing that iconic production with all the turntables and massive scenery on stage, that was something that we just couldn't mount in this covid year of compelling opera.

The music is still glorious. The singers are outstanding as usual and under the direction of Arthur Fagan and Michael Shell. I think it's really a production that we can be quite proud of.

George: Tell us a bit about the ensemble that Arthur Fagan will be leading.

Tim: It's the usual great cast of students. Some names will look familiar, some will be new. You know the students that come to the Jacobs School of Music and performing the Musical Arts Center are just always so stellar.The chorus, you know in act two, is of course, such a big scene. That's been one of the more impactful things musically with the operas, The chorus in Boheme will have 12 members. That's been the limit in terms of being able to be socially distanced. Also, musically, no orchestra, it's going to be piano.

La Boheme in particular. You know, there were intimate scenes, you know, there's a lot of. sort of emotional interaction there and then of course the terrific crowd scene in Act 2. Michael Shell had to be very clever. I don't think when you're watching it, when you're in the moment with the production that you actually realize that there is social distancing going on. What motivates the action as characters reach out to each other? They're still reaching out to each other. You know, in voice, in the music, and you feel that you feel that passion. You feel that emotional quality, physically,

You almost sort of forget and the emotions fall to the wayside a bit in La Boheme.

George: Talking with Tim Stebbins, who's the executive director of productions at the Musical Arts Center, 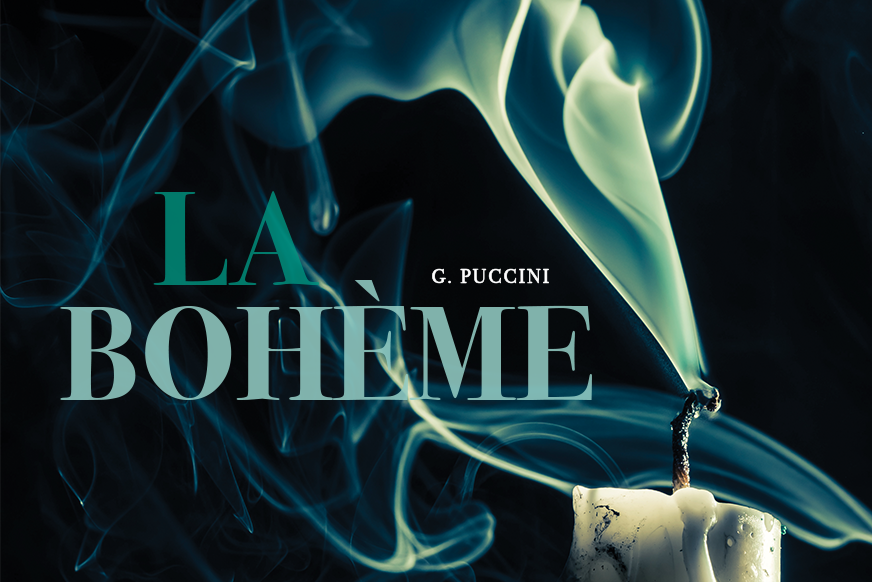 The key image as Mimi blows out Rodolfo's candle,

I talked with Tim Stebbins, the director of operations at the IU Musical Arts Center about the challenges for the 20-21 season on operas. There were many and the resources of the School of Music and the MAC were severely tested. Tim talks about those in detail during our chat.

Frankly, he's looking forward to the 21-20 season of six operas and three ballets.