Krampus Night: The Nightmare Before Christmas 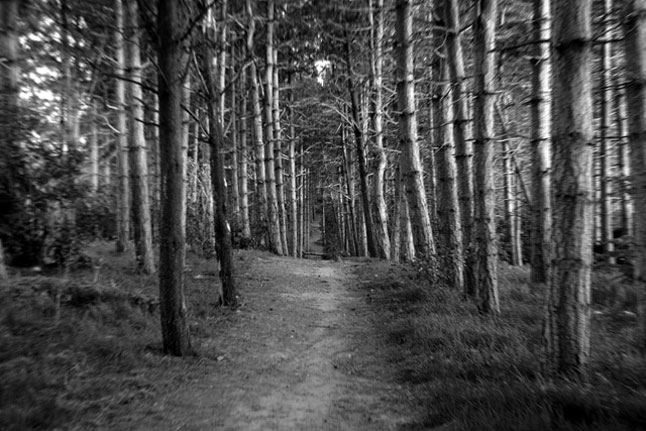 We all know the story: Saint Nicholas makes his list, checks it twice, marking down who's naughty or nice. But according to a 17th century Alpine legend, that's not where the tale ends. While nice children are rewarded with gifts from Saint Nicholas, naughty children are punished by his devilish companions the Krampus.

Filmmaker Chris Rall caught a glimpse of a beast walking through the woods by his house as he was filming a promotional video for Krampus Night. His description of what he saw is patchy at best.

"I think it was about 7 feet tall maybe, hairy. It kind of looked like a human and then we saw the horns," he says. "We were shocked. We just wanted to get out of there."

Roswitha Cesaratto, PhD student in the Germanic Studies department at Indiana University, can fill in the blanks. She grew up in a small village in the mountains of Austria where the legend of the Krampus thrives.

"Krampus always had a clubbed foot because he's basically one of the devil's agents," she says. "It has really shaggy fur, usually brown or black with a long, thin red tongue. And you have claws and a tail."

The Krampus would march through her village rattling their chains and growling. As a child, the fun for her was taunting the Krampus with little melodies and then running away.

"Rhino's is full of good boys and girls," says Rhino's Youth Center director Brad Wilhelm. Saint Nicolaus will be making an appearance at Rhino's on the evening of December 8, but Wilhelm hasn't been made aware of St. Nicolaus's traveling companions:

Saint Nicholas is the only one we have booked. Anything beyond that I imagine the young people here would take it in stride. We certainly are welcoming of all shapes and sizes and stripes and creeds, but no one has talked to me about hairy or horned beasts. The horned part I think is what's really bothering me.

If this all sounds a bit too scary for kids, Cesaratto says it is pretty scary but that's the fun of it.

"It's like going to a roller coaster or haunted house. You're really terrified but you want to do it," she says.

Chris Rall has a 2-year-old daughter. Will she be attending the Krampus Night event?

"Yes, yes she will," he says. "I think she's at an age where she'll be pretty comfortable with it."

The Krampus Night march begins on the northwest portion of the B-Line Trail in what organizers are calling "The Wild Zone." Saint Nicholas will be accompanied by his angels who will pass out "Naughty" and "Nice" stickers. Those interested in engaging with the Krampus can select "Naughty" stickers, and those interested in watching the march from a distance can select "Nice." The Krampus continue down the B-Line Trail past City Hall for the Grand March.