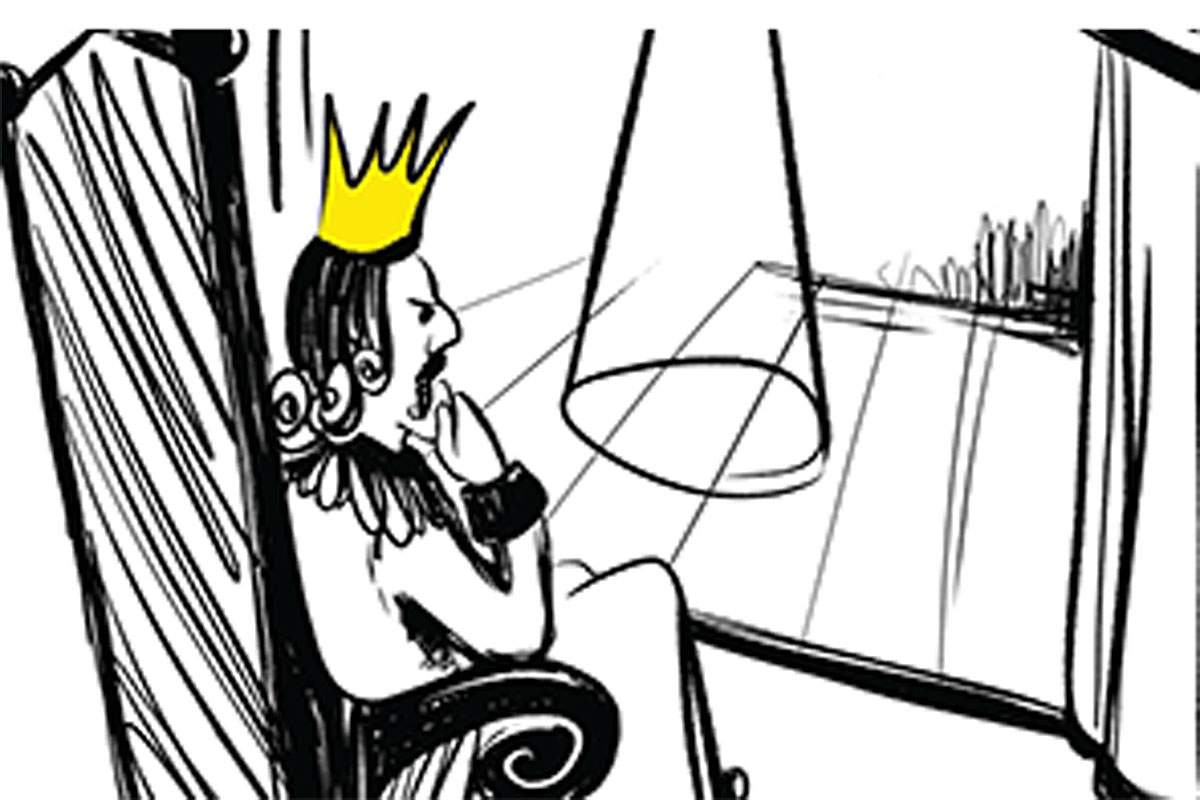 This summer's edition of the Premiere Musical Workshop at IU is The King's Critique. It's a bawdy comedy set in a story book world where the king has appointed himself the czar of the theatre. In Eric Holmes and Nat Zegree's show an unlikely pair of allies join to set things aright.

Emily Rozman is Josephine a fiery feminist who wants women to be allowed on stage. Rozman is a good actor, a solid singer and a terrific gymnast. Future productions of this show are going to be hard pressed to find another actor for the part. She's aided, abetted and sometimes opposed by the dramatic Robert Toms as Sebastian. The two unlikely partners are thrown together by the politics of the arts in the kingdom and eventually fall in love. Hey, it's a musical comedy.

King Leopold is a very funny and personable Scott Van Wye. His character takes turns in all the spins of dominance and submission, intelligence and dumbness and Van Wye keeps it engaging and frequently very funny. His chancellor, Horrace the horrible, a character that sails to any prevailing wind, is played with distinction by Chris Handley.

Other characters in the fairyland of the King's Critique are Mia Fitzgibbon as the keeper of the meadow, Caroline Huerta as a future seeing seer and Janie Johnson as the King's sweetie.

Director and choreographer George Pinney has imported more than half of the cast from this spring's production of Bloody, Bloody Andrew Jackson so it's a group that used to plenty of movement. Many of the scenes in the musical are built around or even wrap up the energetic dances. The fetching costumes are by Robbie Stanton

Eric Holmes and Nat Zegree's The King's Critique is a wordy piece with lots of dialog and much of it is quite funny. The cast does a very good job of getting a lot  of it across as they work in the round. Nat Zegree's music is generically inventive and leans heavily on little quotes from the world of contemporary musical theatre. Generally, the theme of women's rights to theatre and the kingdom's right to democracy are not a strong enough theme to support the show, but it's mostly good fun.

The 2016 Premiere Musical Workshop production of The King's Critique in IU's Wells-Metz Theatre plays  this evening, Friday and Saturday. (June 8-11)