Kate And Petruchio, The Shrew And The Soldier 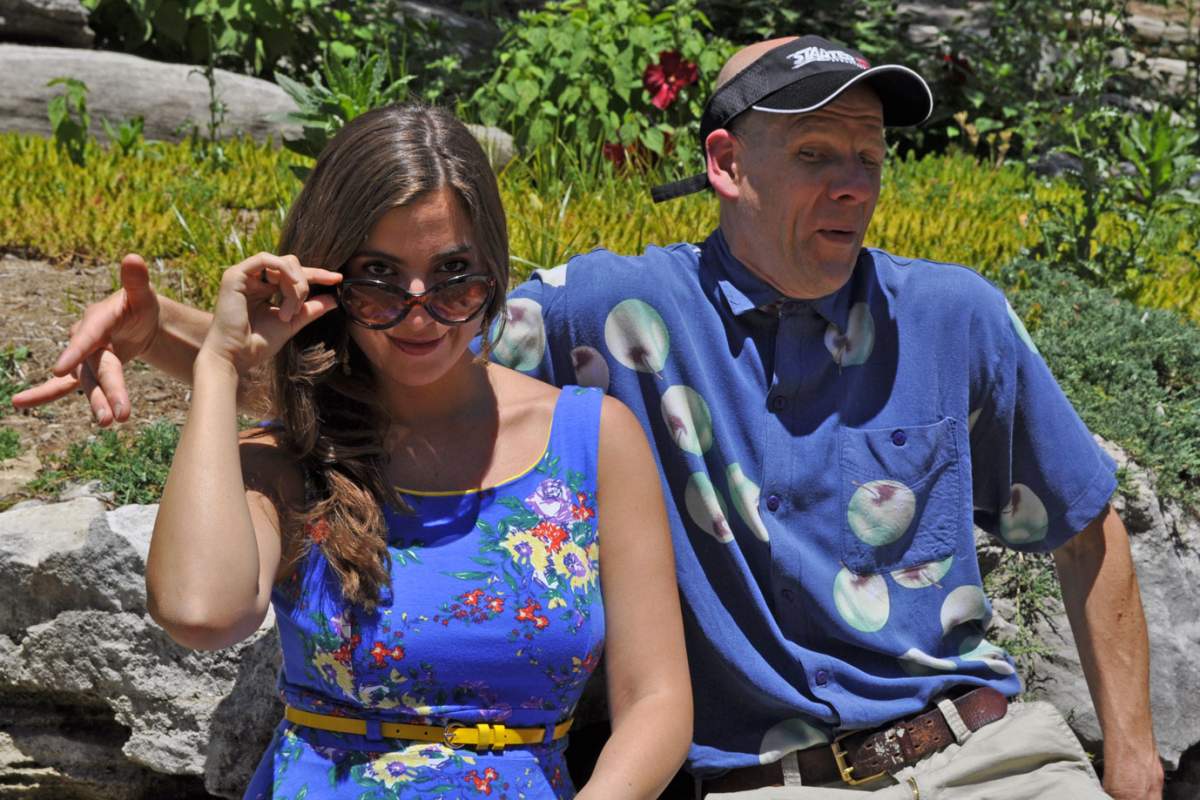 The Indiana Festival Theatre presents Shakespeare's The Taming of the Shrew in a production set in contemporary Florida directed by Jonathan Michaelsen.

IU faculty member Adam Noble plays Petruchio, the young man who's "come to wife it wealthily in Padua." Recent MFA graduate Molly Casey plays Kate, the ‘shrew ‘of the title. "Actually" says Noble, "this is the second time that Molly and I are together. She played my wife in The Comedy of Errors in the first season of the Indiana Festival Theatre. We had only half a scene together and not much to say, but we were married last year and although her character has some objections, we'll be married again this year."

Except for Kate all the characters in The Taming of the Shrew are rooting for Petruchio. Her father wants her out of the house. Her younger sister Bianca's own marriage plans have to wait for Kate and there are three frustrated suitors in line to court her.

"Yes," agrees Noble, "the amiable Bianca played by Andrea Mellos has quite a collection of wannabe a varied group shall we say. Hortension, Petruchio's friend, is something of a delightful doofus. He's played by Ben Abbott. We also have Gremio who is hysterically played as a sort of doddering old Floridian by Rob Johansen. And then we have Luchentio played with some panache by Aaron Densley."

Noble teaches movement and stage combat in the IU Department of Theatre and Drama and in addition to acting, he's been coaching his own scenes and others for the cast. "The wooing scene is rather infamous in this play for its fisticuffs. But we've also managed to put a fair amount in with the servants and in other places. We're walking the line between realism and farce. You know we want that romantic comedy and yet there are some heightened elements to this play."

Many people find a dark misogyny in Petruchio's rough courtship of Kate in The Taming of the Shrew, but Noble objects. "One of the interesting twists with director Jonathan Michaelsen ‘s approach and modern setting is to make Petruchio and Kate something of a pair of outcasts. He's the returning war veteran and Kate is the too strong willed woman. The resolution of the play is not a victory for either, but has these two misfits finding each other."