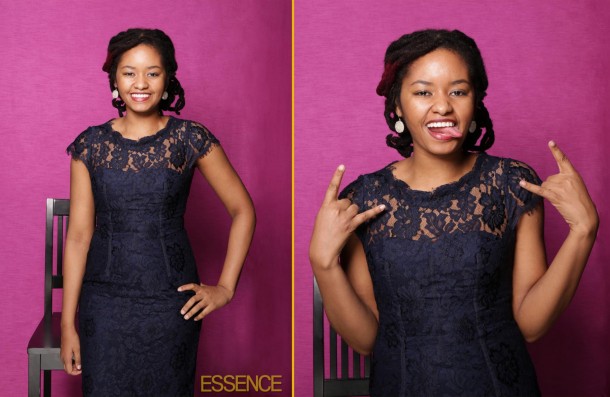 In Hollywood, the black woman's story is not often told. That's the assertion of the New Negress Film Society, whose Short Film Program screened earlier this month at the IU Cinema, as part of the Directed By Women celebration in September. Directors Ja'Tovia Gary (Cakes Da Killa: NO HOMO) and Stefani Saintonge (Seventh Grade) spoke with WFIU's DeShawn Tyree about their films and their collective.

Stefani Saintonge: The New Negress Film Society is a collective of black women filmmakers who are  womanist in our philosophyand also, radical political thinkers.

Ja'Tovia Gary: We have organized ourselves around these womanist, radical political and social principles and ideologies. We create works by black woman, that center the nuances of black life.

The New Negress Film Society is a collective of black women who recently got together to preserve and publicize works by black women.

JG: Myself and another memberher name is Komie Jameswas finishing up at Columbia University and had this thesis film that she wanted to screen. So we organized a screening event that took place in the summer of 2013. It was such a overwhelming positive experience that we decided to collectivize.

SS: I am a recent member. Both of our shorts that are playing here were also screening at a another film festival. So we met there, we connected as friends, and then a few months later Ja'Tovia ask me if I wanted to join the New Negress Film Society. I was thrilled ; I said yes immediately.

Produced by Jatovia Gary, Cakes Da Killa: NO HOMO is a short documentary regarding a sexually ambiguous New York-based hip-hop artist whose lyrics may leave listeners with a sense of ambivalence.

JG: I want people to be torn. I think it's really interesting you kind of have these dual feelings. Cakes is such an amazing performer. I was immediately taken by his performance skills and performing both masculinity and femininity at the same time. He was rapping in that very hard-core New York gritty style. But he was talking about homoerotic gay sex. I thought there is something here.

SS: The hyper-masculinity in hip-hop is inherently problematic and dangerous. In terms of the images that black men get when growing up, I don't think the exaggerated masculinity that we've been bombarded with is any better.

JG: It locks us into these really strict ways of performing identity. Patriarchy is terrible not just for women but for men. Your dehumanized in some regard. Your emotions are suppressed.

SS: It's a coming-of-age story about seventh grade girls and sex. Dealing with sex for the first time in their lives. In a very personal direct way. I think with girls coming of age there's not a lot of stories out there. The female perspective can be darker. For men, they become interested in sex [at that age]. But for women, they're suddenly sexual objects. Suddenly their bodies become sexually desired. It's a very confusing time for women and can be very destructive to their self-esteem. So I wanted to capture that. I wanted to see a woman who is being bombarded with these horrible rules that she wasn't aware of just a year prior. Suddenly she's thrown into this and rejects it, and then defends her friend.