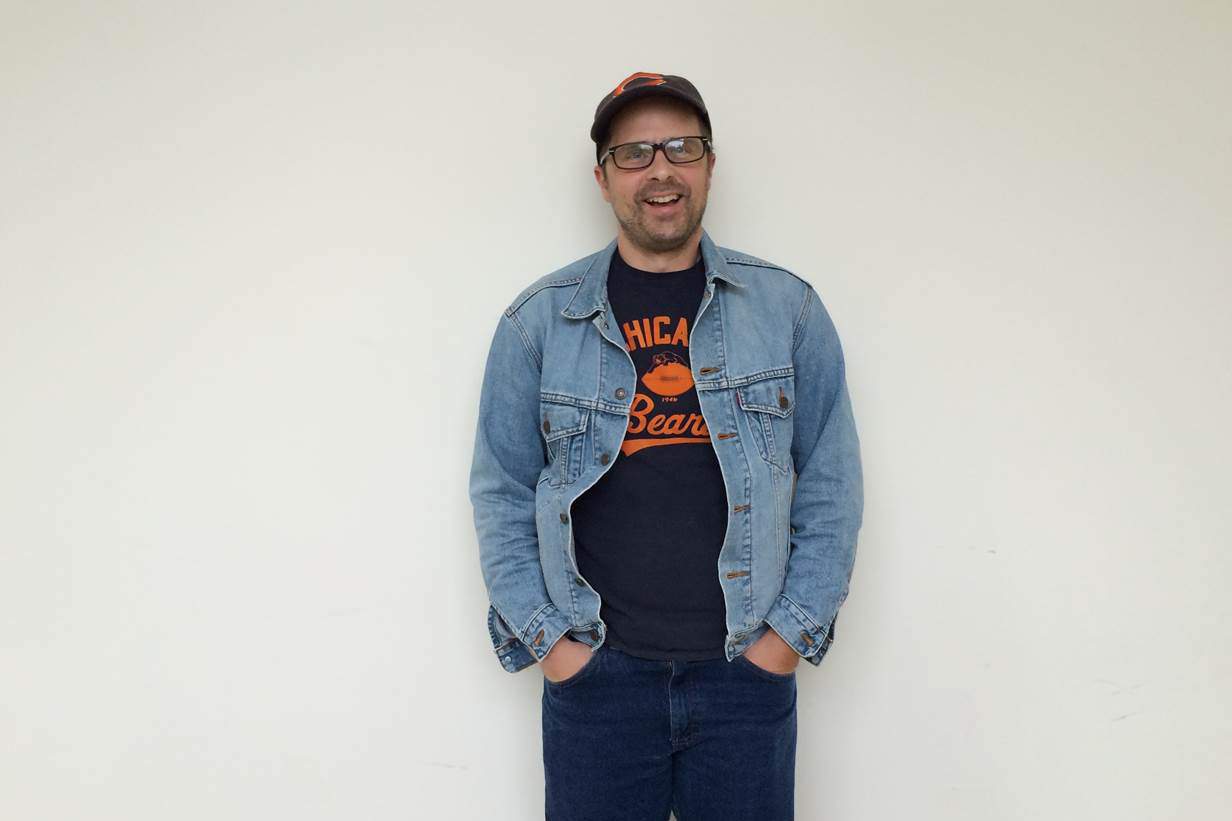 John Porcellino is a leading author andÂ illustrator in the independent comics and 'zine movement. Since 1989, he has been self-publishing the autobiographical 'zine King Cat Comics, whose minimalist sketches and intimate and darkly humorous stories have earned him a devoted international readership. His latest book The Hospital Suite tells of his real-life struggles with various debilitating illnesses, including obsessive compulsive disorder. Porcellino spoke with WFIU's Betsy Shepherd during his 2014 book tour.

Betsy Shepherd: Why don't you take us back to where it all started and tell us what first got you interested in comics?

John Porcellino: IÂ was always drawing and IÂ was always writing and IÂ was always interested in books. Comics was just a natural thing for me, given all my interests. It was words, it was pictures, it was making little books. In the late '70s, early '80s this fantastic new technology came along called the photocopier. They'd been around, but they became ubiquitous. My dad had a photocopier at his work and so it occurred to me IÂ could take these little books I'd made and never shown anybody and take them in and make photocopies of them. So IÂ started doing that and giving them to my friends at school. I'd make six copies. I did that for several years. It wasn't until much later that IÂ realized there was this whole 'zine network of people who self-publish their own little magazines. That was when things really changed for me. IÂ realized that the potential to communicate throughÂ this little photocopied booklet form was much, much larger than I'd ever imagined. Instead of my handful of friends at school, it was people all of the world doing this kind of thing.

Betsy Shepherd: Can you tell me about the changes you've observed in 'zine culture since the Internet age?

Â We're taking this whole huge world withÂ all its contradictions andÂ pain and weirdness and joy and condensing it down to these little boxes.

John Porcellino: Clearly a lot of people who would've done a 'zine back in the '80s or early '90s just have a blog or a Tumblr or whatever they have nowadays-it keeps shifting. So I would say there are probably less 'zines now than in the golden age, but the quality of them is much, much higher. The people who are committed to making paper objects are really committed because of their love of that form and the interesting things you can do with it. I'm just one of a dying breed, frankly, of people who prefer to hold something in my hand and turn the pages and look at it. I realize it's already old-fashioned but it's rapidly becoming crazy behavior.

John Porcellino: I think somebody at Indiana University should throw some money behind a study on cartoonists and OCD, because there's something in our blood that makes us OCD.Â You kind of have to be to have this passion for somethingÂ that a lot ofÂ people don't understand. When you think about it we're taking this whole huge world withÂ all its contradictions andÂ pain and weirdness and joy and condensing it down to these little boxes.

If you've ever had a chance to look at cartoonists original pages you can see the process. You see tons of white out, there are pencil marks that have been erased, there areÂ notes in the margins, and you do all that stuff in the effort so that in the final finished product-the book you hold in your hands-all that stuff is invisible. You're taking this whole world and putting it onto thisÂ page and trying to somehow white out or delete or clean up the crazy parts, the parts that don't work. That's a little bit of crazy right there.