Jerry Uelsmann: Landscapes Of The Imagination 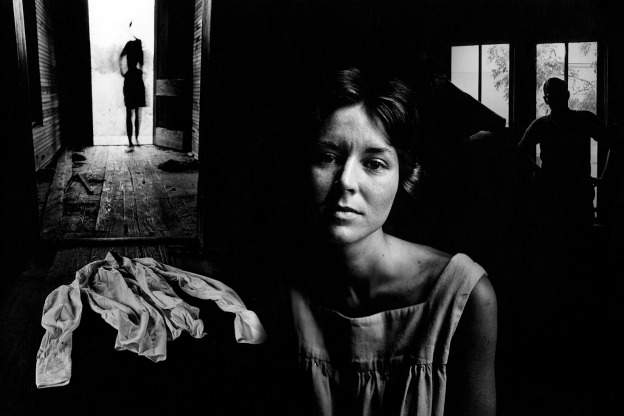 Since his first one-man show at the Museum of Modern Art in 1967, photographer Jerry Uelsmann's work has been exhibited in over a hundred solo shows and collected by major museums around the worldfrom The Metropolitan Museum of Art in New York to the Victoria and Albert Museum in London to the National Museum of Modern Art in Kyoto, just to name a few. A recipient of the Guggenheim Fellowship, among others, Uelsmannwho earned an MS and an MFA from IU in 1960returned to Bloomington this month to be honored with the Distinguished Alumni Award.Â The visit coincided with the opening of a retrospective exhibition of Uelsmann's workalong with that of Maggie Taylor, to whom he is marriedat Bloomington's Pictura Gallery.

Uelsmann's vision is a singular one. We see a house growing out of a tree's roots, rooms without roofs, a crack in the sky. Although he began making these surrealistic images more than five decades ago, they still flout the most common assumption about the photograph.Â "To this day," Uelsmann points out, "most photography relies on the fact that it somehow implies that it's reflecting reality, so when you see newspaper photographs or high grade photojournalism, or even other people working in the fine art tradition, it refers to a place, a particular time, a particular moment."

It is refreshing to know the extent to which you work from your pre-conscious inner selfif you do it authenticallyother people find ways of connecting with it.

Not so, Uelsmann's pictures. Although his photographs contain elements of visual reality, and, sometimes, scenes that seem almost entirely plausible, what the pictures seem to represent is not the world out there, but, rather, inner lifea state of mind, a memory, a dream

There's a suggestion of an open-ended narrative in the imagery, and people complete the process. So they're willing to look at these images and they find ways of connecting with them. I've had people have to get translators to tell me how one of my images was a specific dream that they'd hadand that of course supports Jungian ideas. But it is refreshing to know the extent to which you work from your pre-conscious inner selfif you do it authenticallyother people find ways of connecting with it. Whereas so many images that we see in the art world, or the photography world have an ascribed significance to them based on that fact that this is where they bombed someplace, for example, or this is where they raised the flag at Iwo Jima, that they become symbolic of a particular moment. Whereas a lot of the images that I'm involved with, there's a timelessness to them, it's not a specific placeit's a more open-ended metaphor.

Since the 1960s, Uelsmann has been creating his imaginative spaces strictly by way of darkroom technique. A moonlit sandcastle rising from the floor of a colonial parlor, an ocean that spills out of a painted seascape on the wall-all of Uelsmann's magical juxtapositions of indoors and out, manmade and natural, are created without digital manipulation. Uelsmann's work anticipated the possibilities of Photoshop to such an extent that the software company Adobe collaborated with him in the mid-90s to announce their innovations. But Uelsmann, who remains dedicated to the analog process, considers technique a means toward an end-

When people look at my work, if their first response is 'how did he do it?' I feel I've failed.

When people look at my work, if their first response is 'how did he do it?' I feel I've failed. I don't mind that being the second response. But if the first response is something authentic'What is that?' or 'Gee, that's interesting,'or that they humanistically relate to that image...Later they may question how it was made, but you don't want the technique-it'd be like something that you wrote, and someone says 'What great grammar! Look at that spelling! Look at that punctuation!'.Â You want them to get with what you're saying.

But when people do experience his work on a personal level?

Well when that happens, let's say I feel good about thatthe willingness of people to look at these images and still deal with them on personal terms as some alternate way of experiencing reality. There is this wonderful psychological dissonance that occurs in that photography does have this inherent believability and yet at the same time you're being presented another reality.

Jerry Uelsmann's work has been most recently anthologized in an April 2014 release from The University Press of Florida:Â Uelsmann Untitled, A Retrospective.Â An hour-long conversation with Uelsmann will be broadcast on WFIU's Profilesand archived onlinein June 2014. In that conversation he shares the stories about his student days at IUwhich included a brief foray in a photojournalistic directionand the day legendary MoMA photography curator John Szarkowski took a look at his portfolio, and gave him a one-man show at the museum.