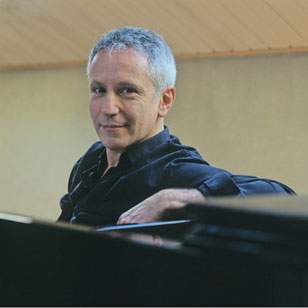 "Complete sets" have been a staple of the classical music recording industry since the beginning. The complete Beethoven symphonies. The complete Mozart piano sonatas. The complete Haydn string quartets. Now, for the first time, we can add the over one hundred art songs of Claude Debussy to that list of "completes," thanks to pianist Jean-Louis Haguenauer.

Haguenauer: Lots of the songs we have recorded have been recently found by musicologists. So who knows – in the future, others might be found. But to date, it's the most complete ever recorded set of Debussy's songs.

Like all the great composers who composed songs, Debussy used contemporary poetry as his inspiration. In fact, the way Haguenauer describes his literary appetite makes Debussy sound like a bit of a hipster.

Haguenauer: He was very much a man of his time in terms of his interest in art and poetry. He was a bibliophile. He wanted to buy every possible book that was released yesterday, if possible. And that was probably his way of educating himself, as he didn't go to school. He went to music school, he was a good conservatory student. But he didn't go to school other than that. So books and poetry and novels were his university.

Debussy wrote many of his songs as a young man – in fact, half of the songs in this 4 CD set were written before he turned 25. They're the songs of a composer trying to find his voice, but Debussy's trademark musical language can already be heard.

Debussy would write songs through his entire life, in addition to his more famous piano works and orchestral pieces. In 1905, 25 years after writing his first songs, he purchased the piano that Prof. Haguenauer used to make this new recording. It was a German piano, made by the Blüthner company, that Debussy purchased rather impulsively while on vacation in England. He didn't travel to England with the intention of buying a new instrument – it just kind of happened. Similarly, when Jean-Louis Haguenauer set out to find a period piano for this recording, he struck out a number of times before finding this piano very much by chance – in a museum in the town of Brive-la-Gaillard, about five hours south of Paris. And, just like Claude Debussy over a century earlier, Jean-Louis Haguenauer felt drawn to the piano immediately.

Haguenauer: As soon as I started playing this piano I totally understood why he loved this instrument so much. It has a very specific making with a fourth resonating string on top of the usual three strings. You have no effort at all to obtain altogether incredible clarity due to these resonating strings, which resonate an octave higher than the actual note you play. So you play a C, and you hear a C one octave higher that sounds at the same time.

Debussy, in addition to being a remarkable pianist, also wrote vividly colorful orchestral music. That may have also played into his decision to purchase this piano. As Haguenauer explains, the instrument has a…

Haguenauer: …very distinct personality for each register. So the piano has a very natural way of being orchestrated when you play it. You can, very easily, imagine and produce tone colors of flute or oboe in the treble, or horns in the medium register, for example. And it comes naturally, with no effort, just using a little bit of imagination.

Art songs by their very nature are extremely intimate pieces of music. Thanks to a very unique piano, the imagination of its pianist, and the genius of one of the most important composers to ever live, that intimacy has been transformed into something truly grand – and truly complete.