A Jazz Backlash Against "Whiplash"? 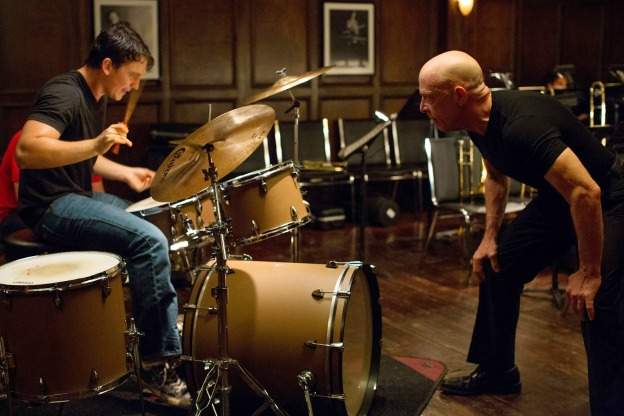 The 2014 movie Whiplash, which depicts the intense and troubled relationship between a young jazz drummer (played by Miles Teller) and his instructor and bandleader (played by J.K. Simmons) won three Oscars last Sunday night, including Best Supporting Actor for Simmons.  The film was nominated in the Best Picture category as well. In the online jazz community, the film has provoked a different kind of intensity, with some arguing that the movie's portrayal of a jazz education setting is inaccurate and harmful to jazz, while others contend that it is a psychological drama that highlights the passion and commitment that artists feel for the music.

Pat Harbison, a trumpeter and Indiana University jazz faculty member, and drummer and recent IU Jacobs School of Music graduate Mitch Shiner joined WFIU's David Brent Johnson this past Thursday on "Just You and Me" to offer some varying opinions about Whiplash.