From A Lotus Field In Osaka, To A Spring Festival In Indiana 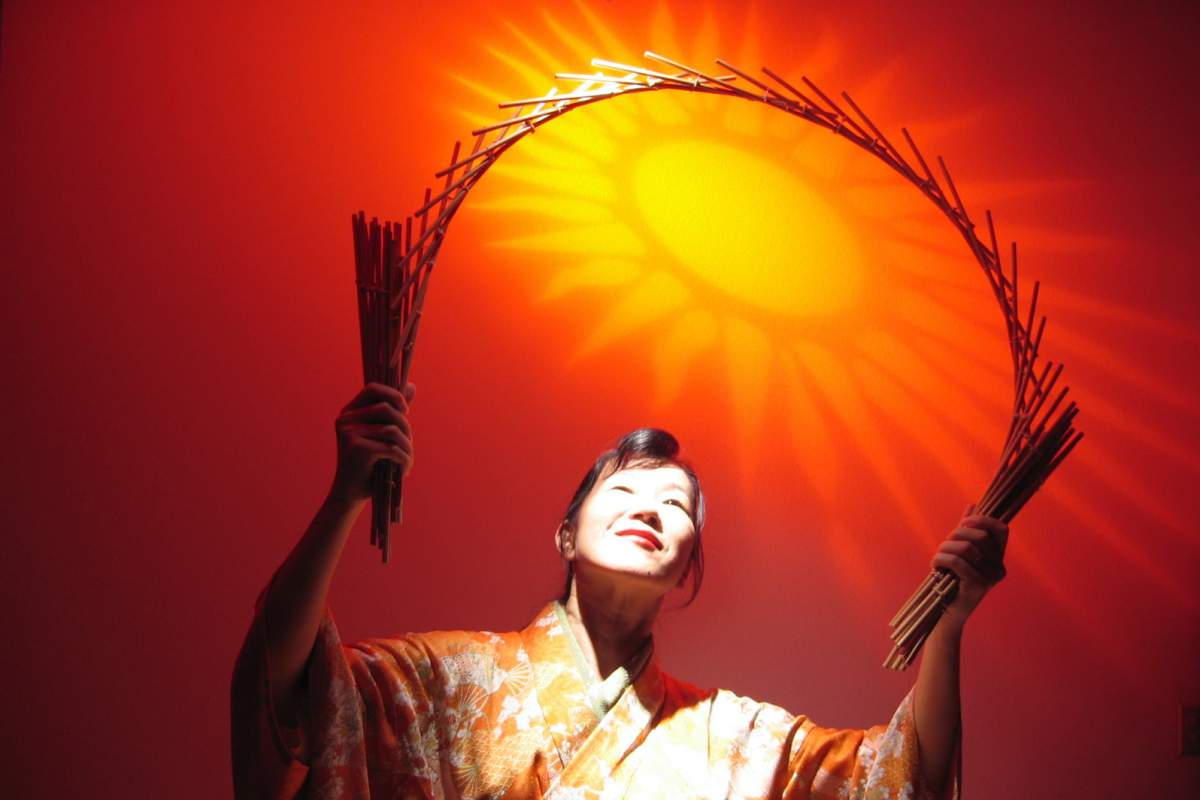 When you say "Lotus" in Bloomington, Indiana, most people will probably imagine the four-day festival in September that brings scores of international performers and throngs of music lovers to the city's streets. But the folks behind the fall extravaganza also offer an early spring mini-festival that brings internationally respected artists and educators into local schools.

Lotus Blossoms headliner Kuniko Yamamoto has her own connection to the flower that gives Bloomington's spring educational outreach program its name. Her hometown of Osaka, Japan had a lotus field where all the flowers would blossom right before the harvest time.

"Lotus flowers blossom in the filthy mud," Yamamoto says. "There's a great message in it. When you are in the worst condition, there's a way you can blossom into a beautiful flower."

The themes of contrast and transformation Yamamoto values in the lotus fieldÂ recur in her educational performances.Â A Japanese native who has lived in the United States for more than 20 years, Yamamoto specializes in performing for children.

"My typical show is based on Japanese folktales, myths, and then also origami," she says.

Yamamoto's passion for art and entertaining began back in Japan, where she studied dance, theater and music. She came to New York in 1992 to study with mime and actor Tony Montanero. She studied mime with him for three years and then he encouraged her to express herself with her voice. Once she developed storytelling, she began to incorporate it into her program.

"I come out with a traditional kimono, so instantly they know I'm different," Yamamoto says. "I am coming from somewhere absolutely different and then I'll tell them about Japanese language, Japanese folktales, and then I tell the story with origami sometimes."

Yamamoto applies the concept of origami-the transformative Japanese art of folding-to an unlikely prop, much to the children's delight.

"They like my sushi mat," she says. " To make sushi, you need a bamboo sushi mat to make a roll. That sushi mat is like origami. It turns into a different shape. For example, it becomes a rainbow. It becomes a fish. It becomes a shrine."

What appears to be a playful demonstration with a sushi mat contains more ambitious goals.

"I like to think my show saves the world and contributes to world peace," Yamamoto says. "That's such a blunt statement, but the children, my audience, have fun."

Yamamoto says she hopes children will remember her performance as they grow, so they can respect and understand the differences between the cultures.

"Person to person, we can really be friends," she says. "We can really understand each other. There's a great possibility to communicate well, transcending the culture."