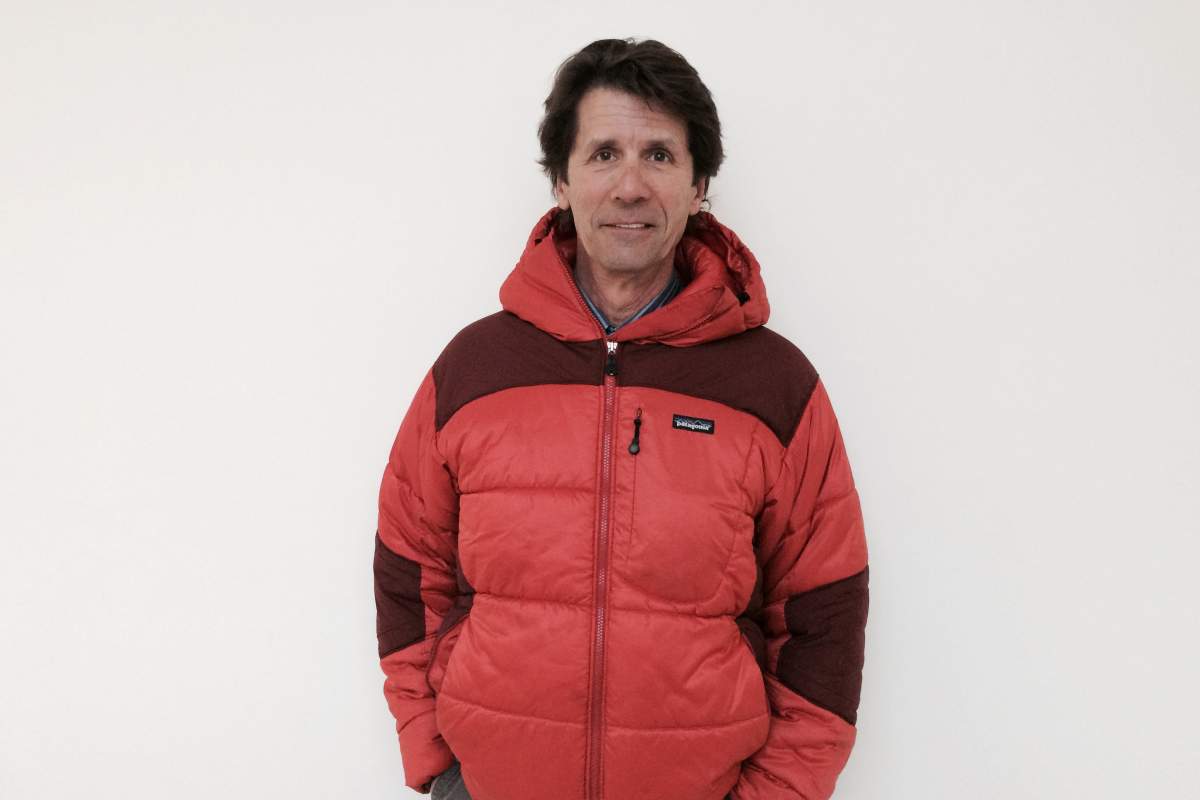 Throughout his career as a professional photographer, James Balog has documented humanity's inspired and sometimes harrowing interactions with the natural world. His recent project, the Extreme Ice Survey, uses time-lapse photography to show the devastating impact global warming has had on the seemingly timeless landscape of the Arctic wild. He has made it possible to see climate change directly.

His photographs have been published in National Geographic, The New York Times, and Smithsonian magazine, among many others, and Extreme Ice Survey is the subject of the award-winning documentary Chasing Ice. During his visit to Indiana University, James Balog visited WFIU studios and talked with Betsy Shepherd about his career as an environmental photographer and what it's like to experience the world's extremes through a camera lens.

Betsy Shepherd: Introducing technology into your experience of nature, did that change your perception of what you were seeing? Did it enhance it?

James Balog: When you put that camera up in front of you eye, it forces a kind of studied concentration and focus on the material that you don't have any other kind of life experience. I've had more unbelievable life adventures than any one person should have in their lifetime, and it's because of the camera. At the same time, some of those adventures I have not lived as deeply as I should have because the only place I was was in the process of turning that experience into a picture instead of just being there.

BS: Your photography focuses on the interaction between natural wildlife and human civilization. Tell us about some of the most memorable experiences you've had in documenting that relationship.

JB: I've worked with a lot with animals in different contexts, out in the wild in Alaska, Canada, Yellowstone, and Africa. And I've also worked a lot with animals in captivity. I think the overall sense that I have taken away from those experiences is that there's a very strong sense with those kinds of animals. There are thoughts going on in those heads. There are personalities in there. There's an awareness of the world that's very similar to ours.

BS: Your first book project Wildlife Requiem published in 1984 captures the killing of animals for sport. Sensing that animal consciousness, was it difficult for you studying that subject matter?

JB: I was up close to a lot of deer, elk, antelope, and bear as they were dying. They had been shot, and they were about to be dead in the next two, five, 10 seconds or minutes. It's a painful thing to watch the light go out in their eyes. It gets me a little choked up, because it is really sad. To see that life spirit go out of them is very difficult, and I watched a lot of it. It caused me a lot of angst and anxiety when I was shooting that series. It was hard to go to sleep at night, and it was hard to wake up in the morning and go out and do it again. But what one learns in the process of being a photographer in difficult situations is that you learn to compartmentalize your feelings. You go, "what I'm looking at is really horrible, but I have a job to do."

BS: Your project Extreme Ice Survey is documenting a certain environmental casualty. You set up 25 time-lapse cameras in order to show the disappearing landscape of the Arctic glaciers. How did you train your eye to see the personality of the ice?

JB: Through this photographic process. The seeing, looking, and concentration I was talking about. You learn to see the individual personality of these subjects. It has been a really captivating, enchanting connection and engagement with these things that I used to think were inanimate. I've come to realize glaciers are alive. They're alive in the sense that they are responding on an hourly and daily and weekly basis to the touch of the air and the water around them. It's really been eye-opening and mind-expanding to have had this kind of relationship with these places.