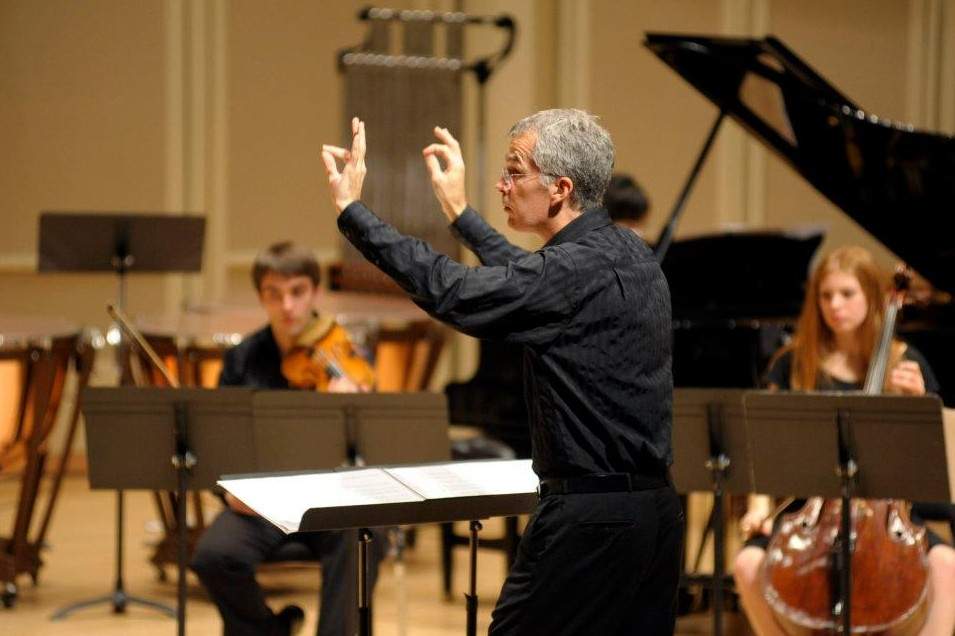 The IU New Music Ensemble, under the baton of David Dzubay, presents their first concert of their 2012-2013 season. The concert will begin with music of the young American composer Andrew Norman, followed by works of guest composers Donald Crockett and Sven-David Sandström.

Norman's Try will open the program on Thursday.  Try is the result of a commission by the Los Angeles Philharmonic and conductor Gustavo Dudamel that received its premiere in 2011. In the score, Norman states, "I never get things right on the first try, so why should my music? This is a piece that tries things over and over until it finally (fingers crossed) gets them right."

The second work on the program is Donald Crockett's to airy thinness beat, composed in 2009. This work for solo viola and chamber ensemble will feature violist Edward Gazouleas, newly appointed to the Jacobs School faculty. to airy thinness beat was commissioned and premiered by the Boston-based Firebird Ensmble.

The program concludes with the premiere of Swedish composer Sven-David Sandström's Five Fantasy Pieces (2012). Sandström was a professor of composition at IU from 1999-2008, and returned in the fall of 2012 for a three-year post. Known for his choral music in the great Scandinavian tradition, Sandström recently completed his own St. Matthew Passion.