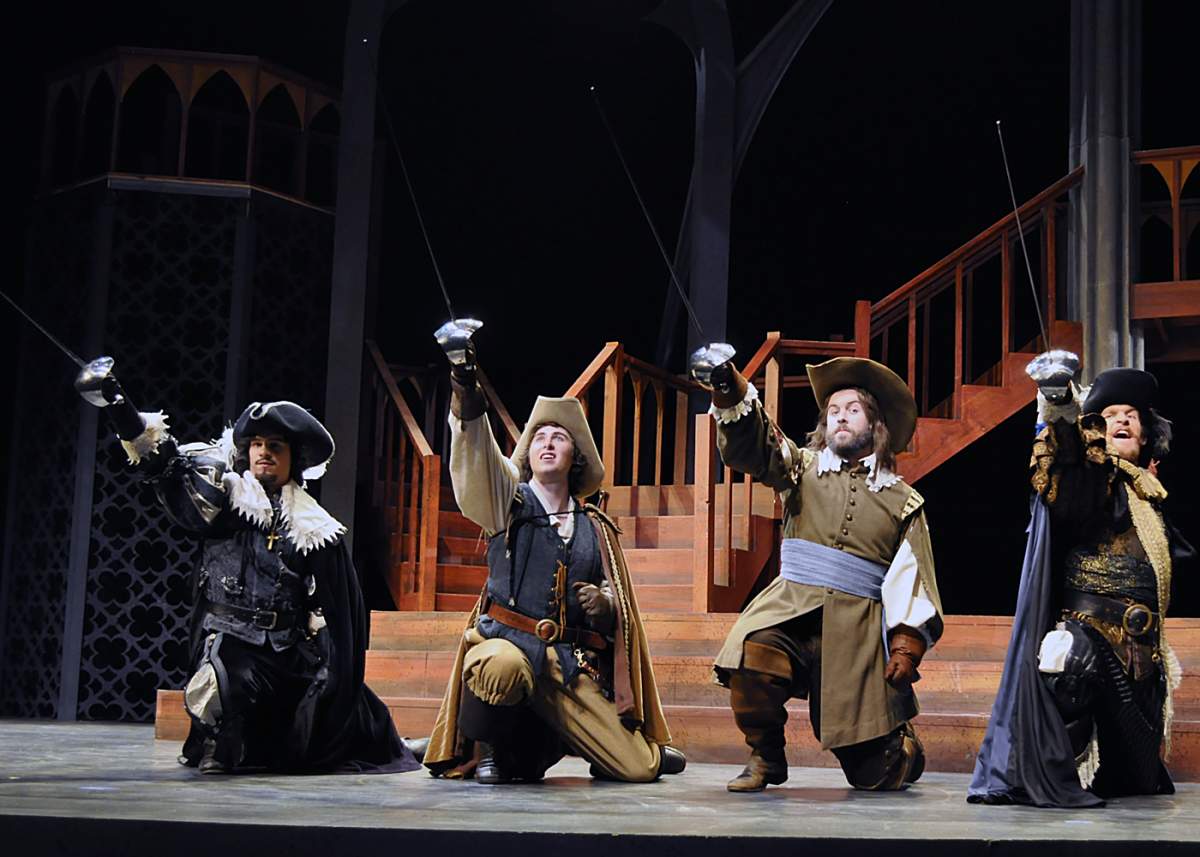 If you'd like to have some fun with theatre savvy friends you might try this query" What has one hundred locations, fifty composed sound cues and the number three in the title?"

The answer is the production of The Three Musketeers at the Lee Norvelle Theatre and Drama Center.

IU faculty member and director Murray McGibbon says "Actually, I was dreading the first rehearsals." Since then he's been feeling much better. "The students have really taken to the drama and the spirit of this piece." There's still the problem of those one hundred locations. "Indeed, it sprawls across France and even switches back and forth to England in just seconds. It's taking a lot of ingenuity, a lot of work with lighting and sounds to make it all happen."

Faculty member Andrew Hopson is composing music for the show and McGibbon calls having him "a real luxury. Andrew did preliminary work, but he's also been coming to rehearsals and where we saw that we needed additional music he's gone and done it. For instance, we had a sword fight that seemed to need some underpinning and he went right out and wrote it."

In addition to music for the action Hopson is also composing for the changes in scene. " For France of course there's the French Baroque style and for England I use brass and borrow a bit from Henry Purcell." In films, music frequently tells us how we should feel about a scene by establishing a mood, but Hopson says that in The Three Musketeers it doesn't work that way. "The scenes come and go so quickly that I've written a lot of three to five second sound cues. They can be effective, but not quite in the mood way."