The Indiana Town 'Where Heaven and Earth Are Close' 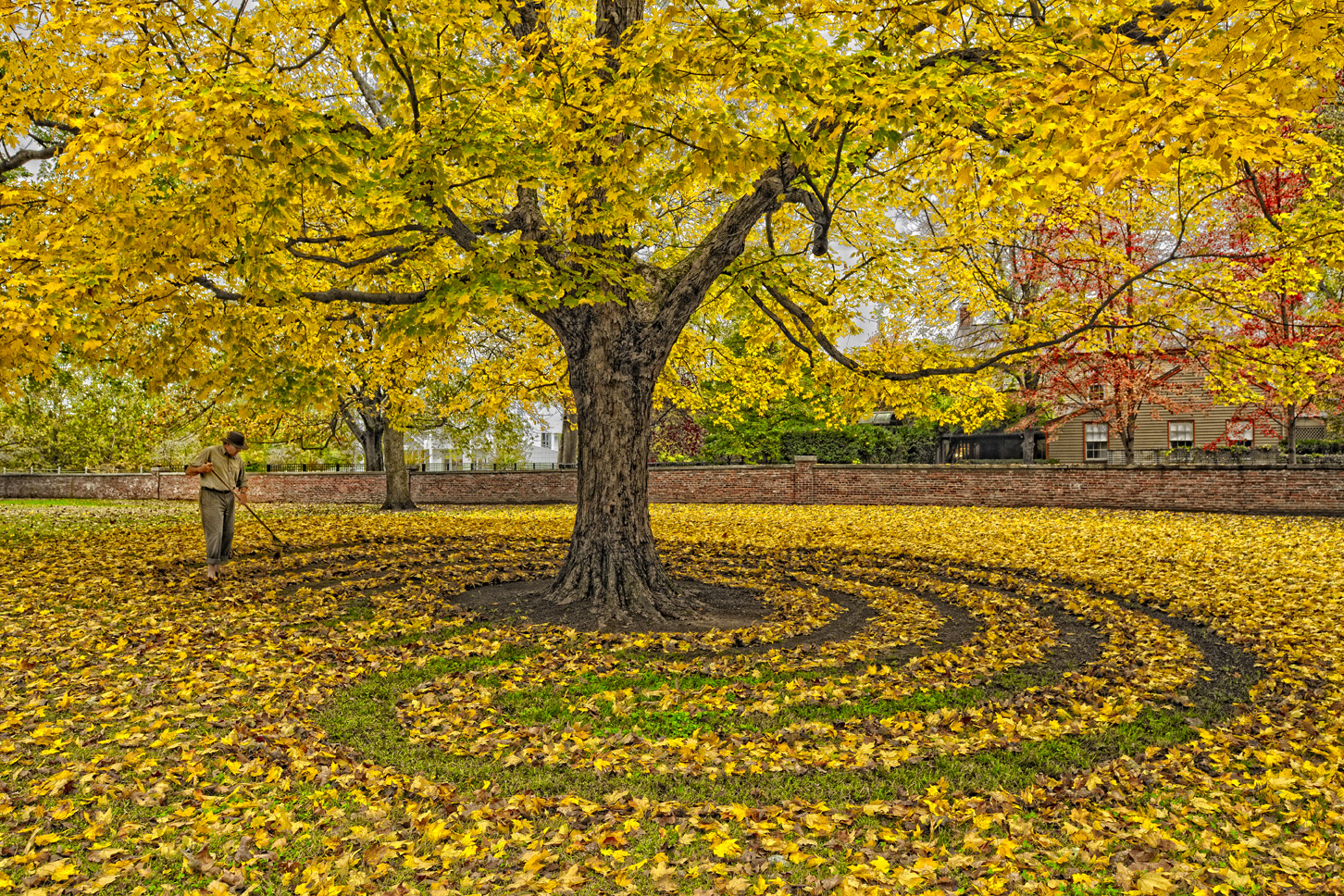 A visitor to New Harmony, Indiana once described it as "a gateway to Utopia."

The small town on the banks of the Wabash has, over the course of its two hundred year history, been home to two failed attempts at creating utopian communities during the 19th century. Today it retains its spirit of utopian promise.

That spirit is captured in the book from the IU Press, New Harmony Then & Now.

The first part of the book describes how the town in the southwestern corner of the state has been a haven to social reformers. The second is devoted to more than a hundred lavish, large-format color photos that show how the town's utopian spirit remains a palpable presence.

It's peaceful, it's tranquil, it encourages you to reflect, and to become your best self.

"New Harmony has an aura," says historian Donald E. Pitzer. "Virtually everyone who [goes] there senses it."

Pitzer is director emeritus of the Center for Communal Studies at the University of Southern Indiana in Evansville who has been studying New Harmony for four decades. His essay in New Harmony Then & Now tells the stories of the two model communities, and of the charismatic men who founded them.

The Prophet and the Capitalist

The first was the religious prophet from Germany, Reverend George Rapp. Father Rapp and his two thousand followers created a community based on celibacy, prayer, and hard work.

"These people were pietists, pacifists, perfectionists," says Pitzer. "And of course [they were] looking for the second coming of Christ."

Father Rapp's Harmony Society lasted only a decade, but during that time it succeeded in developing trade relationships with 22 states and ten foreign countries.

Rapp sold the land to Robert Owen, a reform-minded Scottish industrialist. Owen was an outspoken atheist who tried to use education and the molding of character to create what he called a New Moral World.

Amid the Ghosts of New Harmony

One of Indiana's foremost landscape photographers, Jones had wanted to do a photo book of New Harmony since his first visit in 1981. He spent four years taking the photos in New Harmony Then & Now.

When Jones photographed the old buildings, he imagined the 19th century Rapp and Owen communities were in full swing.

"When [I walk] through the town," he says, "I can see the Owenite community, I can see the Rappite community, and I can visualize these people busy working their shops, their trades. I can go in the old geology building and think of when the first people were studying there. So you have to bring your imagination to it."

Browsing the sumptuous photos in New Harmony Then & Now is the next best thing to a visit. You can imagine yourself in a walking meditation on one of New Harmony's two labyrinths, strolling through the Paul Tillich memorial park, or praying inside the Philip Johnson-designed Roofless Church.

For Jones, creating the images in New Harmony Then & Now was part of a longtime quest to make the transcendent visible-a hard thing to do in a photographic image, "because what you're looking at is the external, and then you have to-how can I say it? God veils Himself through his creation."

Jones feels he came closest to capturing the transcendent in his photo of New Harmony's patroness Jane Blaffer Owen, the wife of a descendent of Robert Owen. An heir to the Exxon fortune, Jane Owen poured millions into New Harmony, brought in artwork, and created businesses. She co-wrote the foreword to New Harmony Then & Now, but died last year at age 95 before the book was published.

Darryl Jones' photo shows Owen from the inside of her two hundred year old New Harmony home, walking out the front door into a brightly lit exterior.

"That photograph really has meaning to me because she's walking into the light, which is how her life was lived. So while I'm not actually-I was going to say you can't actually show the transcendent, but you can hint at it."

'Where Heaven and Earth Are Close'

The photos New Harmony Then & Now show why the town is so popular with visitors, who are drawn to its award-winning modern architecture, uplifting statuary, and Victorian downtown.

The book's foreword was co-written by Connie Weinzapfel, director of Historic New Harmony, an outreach program that preserves the town's utopian legacy. She notes a surge over the last five to ten years of people from all over the country moving to New Harmony.

"It happens so frequently that someone from outside of the area will come to New Harmony for an event, or just on the recommendation of a friend, and they come, and they're enchanted," she says. "They end up buying a house and moving here. It is described by many people as a â€˜thin place, where Heaven and Earth are close.'"

In the 21st century, Robert Owen's utopian ideas live on in eco-villages, intentional communities, and co-housing.

Donald Pitzer dedicated New Harmony Then & Now to his three-year-old granddaughter-named "Harmony" after the town-whom he calls "his hope for New Harmony's utopian promise."