An Indiana Ballclub, And Town, Look For A Turnaround 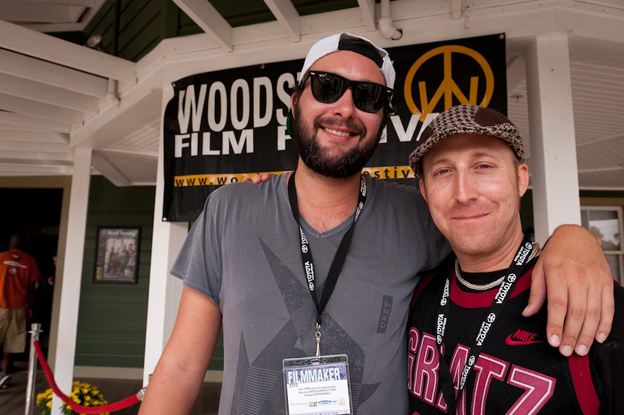 Davy Rothbart and Andrew Cohn, the men behind the magazine called FOUND, recently found themselves for most of a year in a small town in Jackson County following a high-school basketball team on a long losing streak. And they spent much of the next year shaping the story of the season into a documentary called Medora.

They rounded up friends to help with the production and lived in the area for about eight months, collecting more than 600 hours of footage that illustrated the lives of the team's players and coaches inside and outside of school. Over time, Rothbart and Cohn earned the trust of the film's key subjects and were granted access to intimate moments. They found it made for a remarkably different storytelling opportunity than those to which they'd been accustomed.

"FOUND Magazine is a collection of notes and letters that people find on the street," said Rothbart, "and you get the tip of the iceberg. You get a glimpse of what's going on in this person's life. Well, a documentary like this, you see the whole iceberg."

On the heels of the film's Indiana premiere at IU Cinema in Bloomington, and in advance of the next area screening, at YES Cinema in Columbus, WFIU's John Bailey talked with Rothbart and Cohn about the challenges of tracing how the team's ups and downs paralleled those of the town.