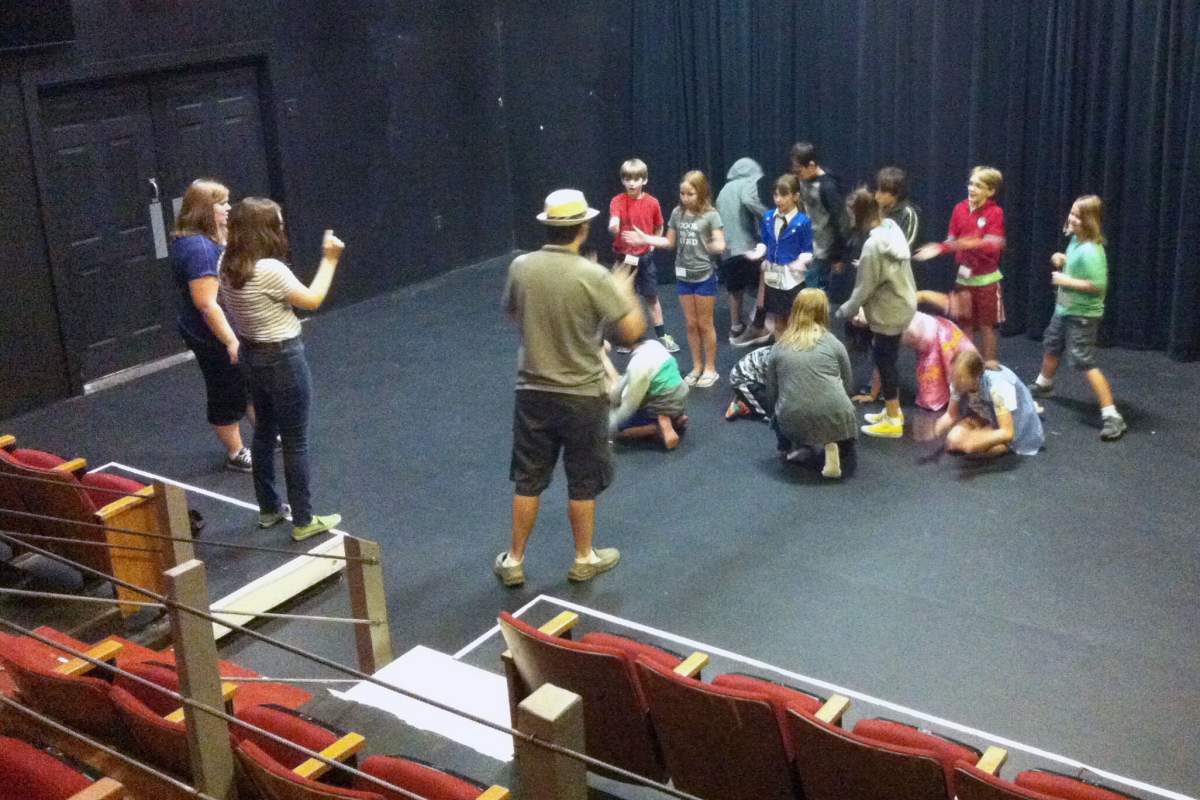 The first rule of improv is you do not talk about improv. No, that's not right.

The first rule of improv is "Say Yes." Even better is to say "Yes-And." Meaning, agree to the scene and then add something new. It's better to make statements instead of asking questions. And then there's "The Rule of Threes."

Kylie Walls knows these rules backwards and forwards, although she might tinker with the order. She teaches improv through a group she founded at Indiana University called Backdoor Comedy.

"Each time, we restart the teaching process, and really hammer it in. Follow these rules in your head, but don't be in your head. It's very contradictory in that aspect," she says.

At the start of an improv lesson, you hear a lot of "Yes-But" as the instructors try to direct improvisers to make better choices with the help of the rules. Walls says it's the same process no matter the student's age. What was daunting at first, with her latest group of students, was their energy level.

29 9-to-13-year-olds signed up for the Laugh Factory, the Bloomington Playwrights Project's summer improv camp. Before they could get into the nitty-gritty of the rules, they had to establish that this camp was a place to take chances and be silly.

Walls says that especially important for young kids, "Make them understand that it's a really really open space, because a soon as you get a kid to not worry about what the other kids are thinking, that's the first step. That's the biggest step."

And then sometimes, they go somewhere else entirely, like 10-year-old Elvin Debruicker. "I ended up playing a cowboy traveling down the Oregon Trail and a gnarwhal who was helping people find their lost unicorn." He played those two characters in the improv performance at the end of the camp.

Greater Than The Sum Of The Parts

There was a lot of silliness happening when I visited Laugh Factory. They were still in the ice-breaker phase of things.

Walls was preparing to introduce a game to solidify the rule "Say Yes-And." It's called The Machine. It emphasizes the group over the individual, and if the participants don't acknowledge and add onto others' ideas, The Machine shuts down.

"There's one person who gets picked and starts off making a noise and doing an action," says Elvin. He was selected to be the first cog of The Machine. He's swinging his arms in front of him in a kind of double-karate-chop motion.

"Then, they pick another kid and they come and join that other kid making a different noise and a different action. Soon it becomes this crazy, weird thing like a conveyor belt."

When it works well, The Machine gets kids working together, bringing new ideas to the scene, and most importantly listening.

Elvin loved the camp. He says he wants to pursue comedy when he gets older. Walls might be happy to hear that he can recite his own version of the rules of improv. "We had to be open-minded. We also learned Yes-And, which is don't ever deny something when you're on improv. Things are always funnier in threes."

He says those rules are good for life, too.