IMPACT: A Trained Eye On The NYPD 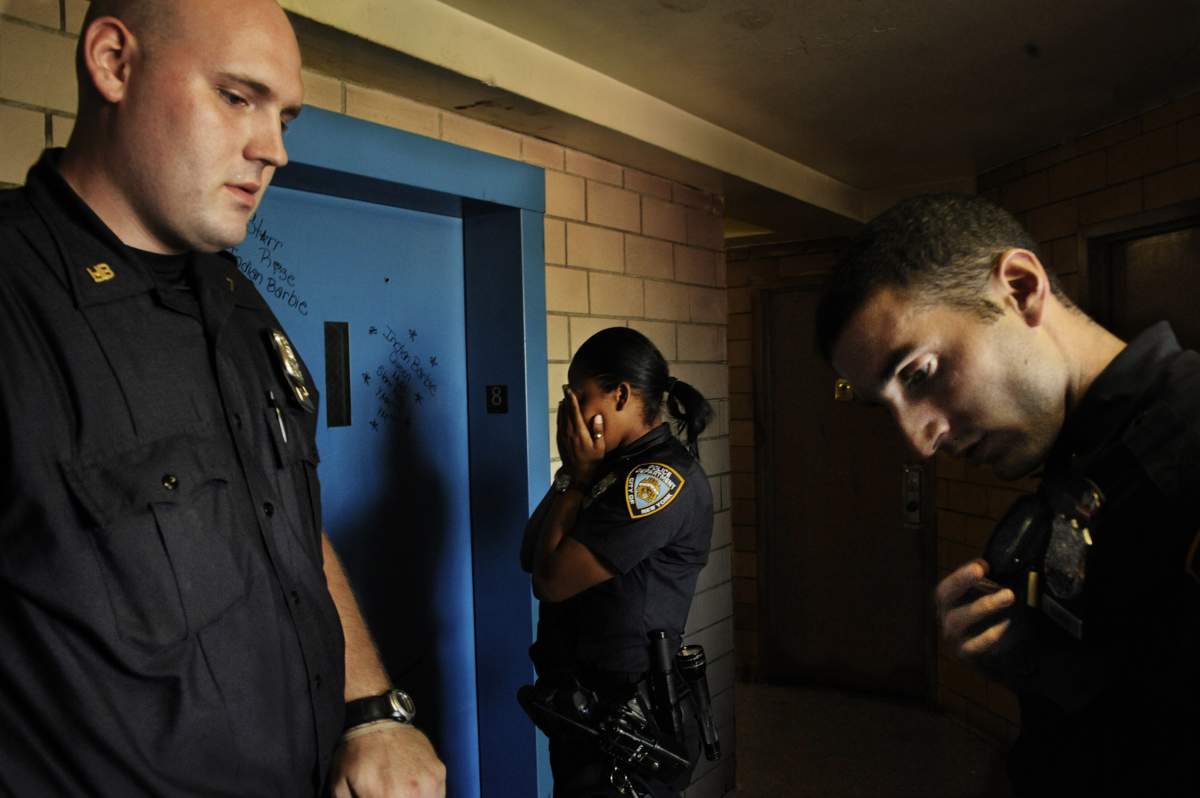 The photographer Weegee-a/k/a Arthur Felligworked the police beat on New York's Lower East Side in the 1930s and 40s, documenting countless crime scenes for the tabloids. Weegee enjoyed a privileged status among reporters and photojournalists; in 1938 he was the only member of the New York press corps with a permit to have a portable police-band shortwave radio. The radio enabled the photographer-who would be compared to a Ouija board to arrive on the crime scene even before the authorities to take his stark photos of death and devastation.

These days in New York, photographers are still working very closely with police. Antonio Bolfo, whose photos are currently on view at Bloomington's pictura gallery, shares a thing or two with Weegee. For one, Bolfo is a member of the press corps. Represented by Reportage by Getty Images since 2009, his pictures have appeared everywhere from The New York Times to Time magazine. And, like Weegee, he has created a large body of work devoted to the police beat in New York.

Weegee trolled the Lower East Side, while Bolfo spent two years in an equally grim setting, following the cops assigned to a housing project in the South Bronx as part of the NYPD's Operation Impact.Â The program placed officers newly graduated from police academy into the areas of the city that had the highest crime rates.

As for Weegee on the Lower East Side, there would be no shortage of material for Bolfo in the South Bronx.

But instead of training his lens on the perps or the victims, Antonio was more interested in the cops.