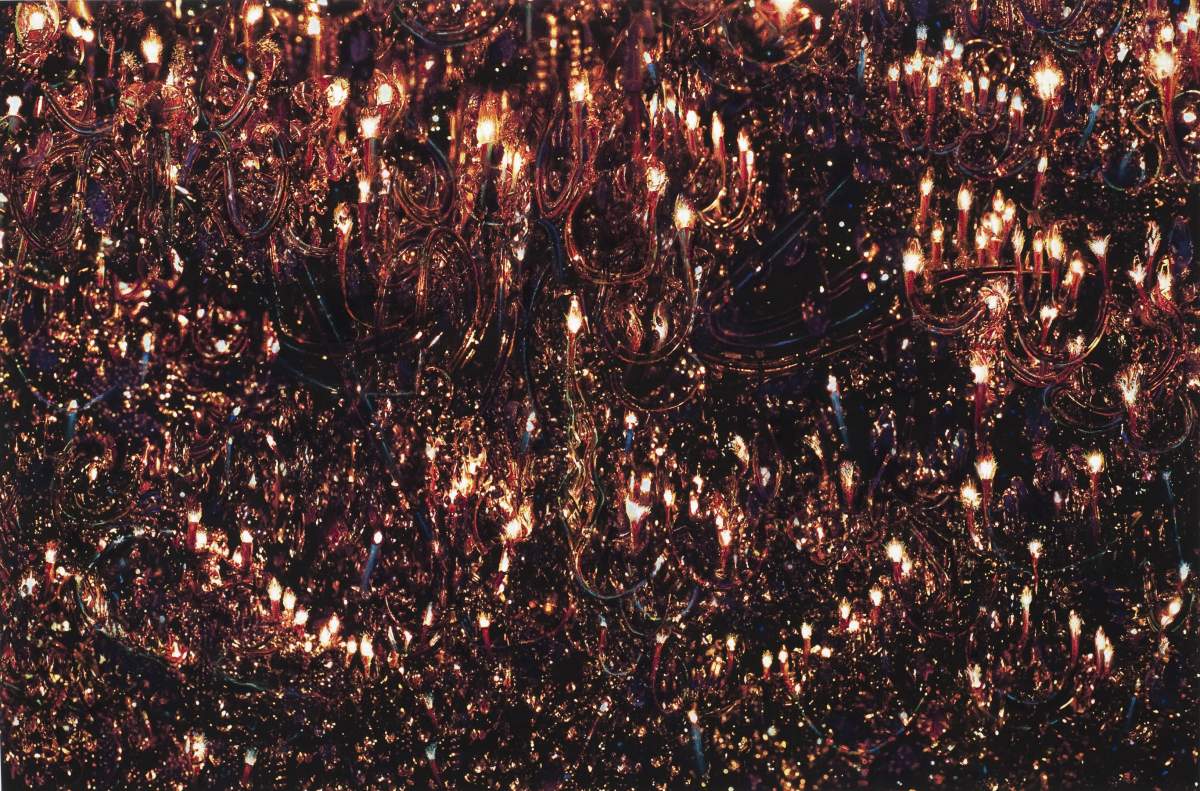 In Ed Bernstein's world, tiny rowboats are tossed in roiling seas, barely framed houses are buffeted by the wind, chandeliers burn brightly, and angels are everywhere.

The unorthodox printmaker's "visual universe is not for the faint of heart," warns art historian Sarah Burns, as she begins her essay in the catalogue accompanying  Bernstein's retrospective show, Almost Illuminated.  But the artist, who retired last summer from his position as head of printmaking in the IU Hope School of Fine Arts after more than two decades, demurs when asked why this end of the emotional spectrum compels him. "I don't know," Bernstein wonders, "because I always try not to take myself too seriously. But I've always been very engaged politically, and I'm also a Romantic.  The music I listen to, for exampleI love Gustav Mahler, and all that Sturm und Drang.  Or maybe it's my Russian background," he laughs.

In addition to his love of Mahler and his Russian heritage, Bernstein's most obvious cultural influence is that of Italy, where he's returned countless times over the last forty years. The epic struggle for the future of civilization is played out here in the imagery and landmarks of Roman and Italian Renaissance art. Take Witness, for example, a surrealistic etching of a room in which great monuments are going up in flames.

"Where will culture go?" Bernstein speculates dolefully.  "Are we going to keep our great Western civilization?

In his references and his multi-media approach, Bernstein has the tendency to zoom from the 13th to the 21st century without missing a beat.

Many of Bernstein's works incorporate the look of the frescoes that decorated the interior walls of homes at Pompeii and Herculaneum. It's not just a nod to their elegant style; rather, to the tenuousness of their civilization, buried by the eruption of Vesuvius in 79 AD. "There was this thriving culture," Bernstein notes, "and it just got snuffed out."

Save The Art...Oh, And The People

Bernstein's concern for humanity and his affection for our artistic legacy are of a piece. His response to the 1997 earthquake at Assisi reveals the overlap.  The artist was in Florence at the time, and when he heard about the event, "I put a backpack on, and got on a train and showed up and stayed there a a week picking up pieces of Cimabue," Bernstein recalls. "It was a very sad, moving experience."

Cimabue is the the early Renaissance master whose decoration of the basilica at Assisi had been damaged in the earthquake.  As Bernstein's account makes clear, he came to salvage the art, but soon realized the human toll of the disaster.  "And all the money that came in from all over the world was to save the art. I mean I obviously loved all that stuff too but, you know. Nobody gave a damn about the poor people. There were tent cities of people who couldn't move back into their homes."

Several works explore the irony of an international aid effort devoted to art when human life was hanging in the balance. In Bernstein's series Cimabue's Lament, for example, the printmaker has adapted decorative forms from a ceiling painted by Cimabue and replaced the cherubs inside the medallions with faces of people displaced by the earthquake, that he'd found in the newspaper. He then silkscreened these forms on top of newspaper reports about the incident and the relief effort.

In his references and his multi-media approach, Bernstein has the tendency to zoom from the 13th to the 21st century without missing a beat.  But a viewer might.  Is the artist apprehensive that his work might be lost on the uninitiated?

"No. It's all visual," Bernstein insists. "I like artists like Anselm Kiefer because you look at the work and it's drop-dead gorgeous.  It's scary maybe, but it's beautiful.  And if you don't know German myth or the layers you have to pull back, it doesn't matter;  in the end it's all about the visual. Yeah, there are references in my work, but I'm not trying to be didactic. Like these two here," he gestures to a pair of his chandelier pictures, "are called Stilled Life, based on the idea of vanitas, in the Dutch still-life.  But if you don't know that, who cares, right? Hopefully they're just beautiful, luminescent forms."