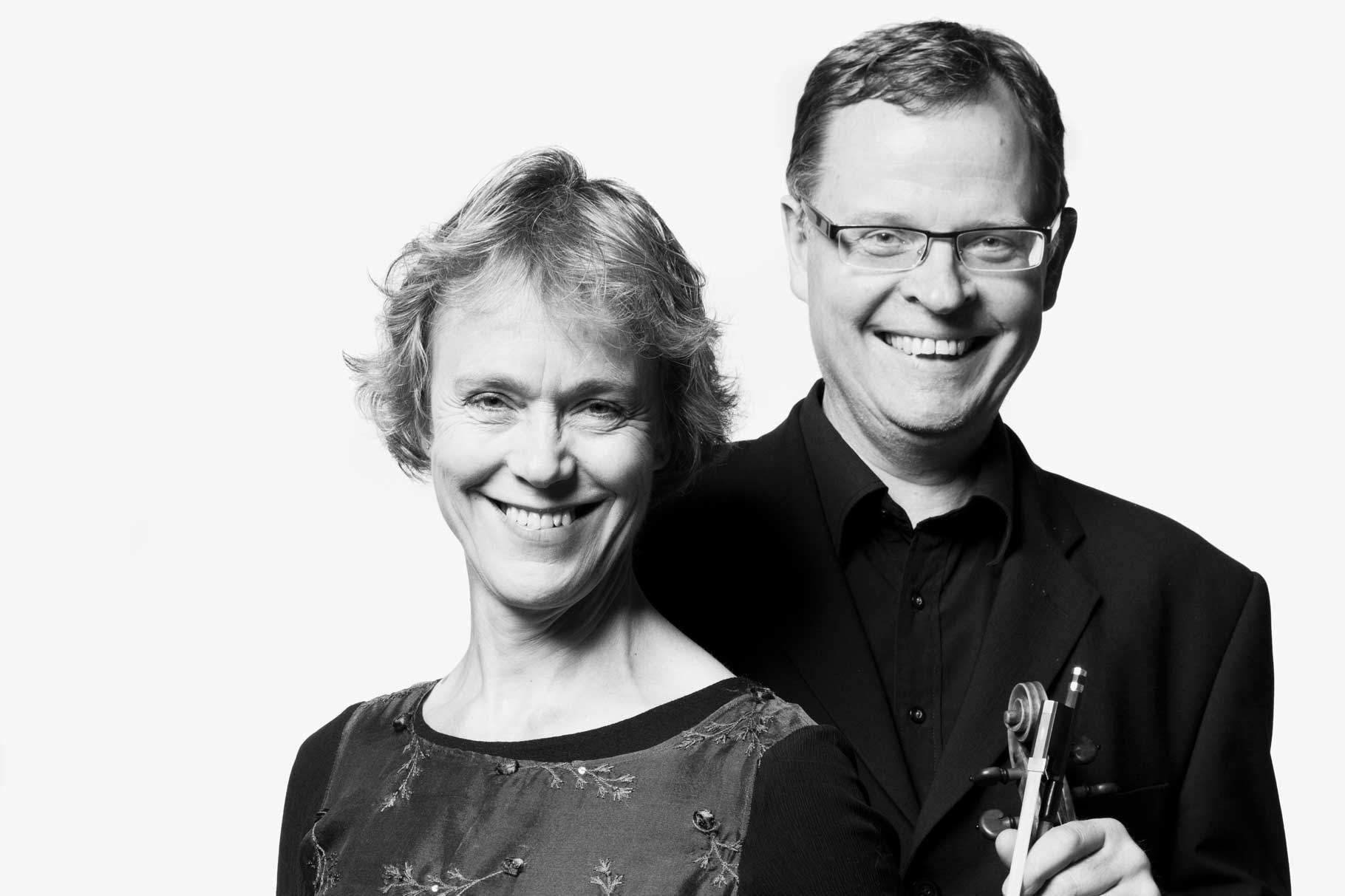 The new CD from the Duo Landon played by HlÃ­f SigurjÃ³nsdÃ³ttir and Martin Frewet began with the idea of selecting and ended up with commissioning. "We found only three pieces for our combination of instruments," says Sigurjonsdottir. "So, we feature three pieces that we found and three that were commissioned."

This is the second CD forÂ SigurjÃ³nsdÃ³ttir with the Duo Landon. The group was first created by instrument makerChristophe Landon to showcase his violins and to record his favorite pieces, the forty-four Bartok Duos. That CD was so successful that it led to the recording of Icelandic Duos. "To me it's such a beautiful concept. The artistry of a maker, performers and composers, Â and then from that come two CDs. I think that's something very special," says SigurjÃ³nsdÃ³ttir.

"The works that we found were student material, used for teaching. The duos by Elias Davidsson have a beautiful combination of the Arabian spirit /Icelandic folksongs. He came from Palestine. The Thorkell duos are arrangements of Icelandic folk tunes that he wrote for his violin playing granddaughters. And the third piece is a nice little song, "Disa's Song."

"When we commissioned composers to write the other three pieces, they all received our Bartok CD," continues SigurjÃ³nsdÃ³ttir.Â "Although they are all very different, I think you can hear the inspiration of Bartok in their music." For her this isn't a problem. "Some of the intervals, the fourths and fifths that are prominent in Icelandic folksongs are also present in Bartok. "

SigurjÃ³nsdÃ³ttirÂ is enthusiastic about her own Landon violin and she has a dramatic way of describing it. "It's a copy of a Stradivarius. When I met it, I was in Landon's shop; he had just finished putting it together. He hadn't lacquered it yet. But he said, you have to try itâ€¦and I said sure, sure okay.Â I started on the low G string; it was a very dark chesty sounding. Many times you know a violin may be a bright or a dark instrument.Â Then I played the next string and thought, this is going to be a dark instrument. But then I went up to the A and E and I said, no! This is Maria Callas!"

Some of SigurjÃ³nsdÃ³ttir's early training was Â at IU's Jacobs School. "Yes, I studied with Franco Gulli and that was way back in 75- 77," she says." It was a big shock coming from my little rural Iceland.Â Â Rykyvik our largest city had only a hundred thousand people. Coming to Bloomington and the largest music school in America, and me-a little nothing-was pretty daunting, but it was a great, two great years. "