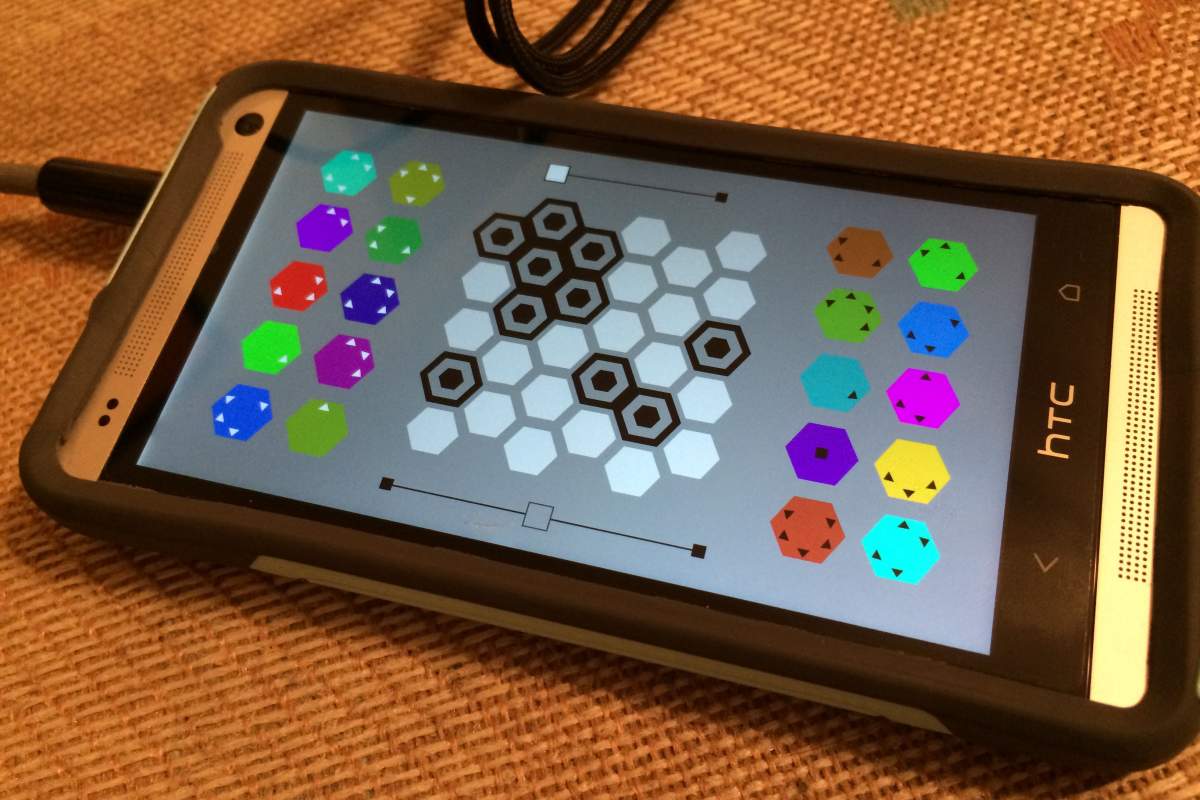 Ian Sundstrom is a game developer. He's been working on his latest game,Â Sature, since March of last year. It is being released today.

A little over a year ago, Ian received a difficult phone call about his father. He was at work when his phone rang. It was Ian's brother on the other end. He was calling to tell Ian that a tumor had been found on his father's spine, and he was paralyzed from the waist down.

Ian began driving back and forth between Bloomington and Fort Wayne to visit his father. His father was in hospice care, and Ian knew it was important to be with him as much as possible.

In March of 2014, Ian's father passed. "He...basically bled to death from bedsores that had developed from being restrained in the bed for paralysis, from what I understand, and it's also a mix of the body not being able to heal itself," says Ian.

Ian spent a couple of days in Fort Wayne, and then headed back home to Bloomington. He was feeling ill, and his appetite had disappeared.

It was a few days later when Ian woke up with the idea forÂ Sature.

Ian says his dad was a "big gamer."

"I've basically been playing games my whole life since my dad used to boot up things on floppy disc on DOS," Ian says.

Â Those games have pronounced pixelation and very few animations. However, Ian's father was providing history and context in the world of video games.

"Those DOS games aren't of my generation. [I know them because] my dad was showing me and booting them up. Most people my age haven't played these. I have a really large scope of the history of games," Ian says.

Sature is a strategy game based on mixing color, and it gets its name from color saturation. The original idea was to simulate what happens when one mixes paint, but it doesn't fit that specific model anymore.

To play the game, one puts colorful hexagons go in white hexagon spaces, and they change the color of adjacent pieces. The goal is to change the color of your opponent's pieces so you have the most saturation and value at the end. It is often compared to chess.

Ian immediately started sketching and typing code when he woke up with the idea for the game in his head. It took him 72 hours to build a working prototype.

Ian's appetite returned. "I had a lot of Gatorade and saltine crackers," Ian says. It was the first significant amount of food he was able to digest since his father passed.

Drew Wehrle is a game enthusiast and a friend of Ian's. When Ian showed the game to Drew, Drew was initially puzzled. Drew needed a reference for the color values on the early draft of the game.

"He had to pull up a color wheel on the Internet and really sit there and scratch his head, but we played for maybe 2 hours,...That's when I was like, 'Hey...I'm sitting on something good,'" Ian says.

The game is out now, and Ian put a note in the game to commemorate his father.

"I'll never forget the story of making the actual game after what happened to my dad...I mean a lot of people go through it after someone passes away, but you kind of re-look at everything and re-apply yourself to stuff, sometimes twice as hard, and Sature has kind of been this awesome feedback loop of 'Hey, that's good. Keep going.'"