I Love, I Lost, I Made Spaghetti

George Walker: Crossroads Repertory Theater is playing. I loved, I lost. I made spaghetti. It's a comedy by Jacques Lemaire. It's directed by Brian Maschka and it stars Eileen Ernest.

George: Brian, you are a veteran of Crossroads repertory. You directed Ring of Fire and actually you directed Eileen.

Brian Maschka: Eileen is a veteran of Crossroads repertory theatre. She's from Cincinnati, OH. She's played The Miraculous Journey of Edward Tulane , Eileen in Ring of Fire, Truvy in Steel Magnolias, Velma in Hairspray, Becca in Rabbit Hole, and Inga., which I remember in Young Frankenstein, Eileen is 50% of the improv duo, Two Sketchy Dames, and has acquired an entire treasure chest worth of wigs, costume pieces, and properties to do a 473 character one-woman show.

Eileen Earnest: Look, pretty much,Yes.The pandemic was full of. uh, I guess everyone called it pivoting. I did a lot of pivoting during the pandemic.

George: Brian, tell us just a little bit about I loved I Lost dand I Made Spaghetti.

Brian:I  Loved. I Lost. I Made Spaghetti is based on the memoir written by Gulianna Melucci.. She sort of takes you through all of the d histories of dating and her relationships, going all the way back to high school and through her young adulthood, right after college. And through adulthood and one of the things that she talks about in both the book and in the adaptation for the play. Is you know that the way to a man's heart is through his stomach and then she grows up in a home where the kitchen is the heart of that home and that love is shown through food and  so during the course of telling these stories and sharing her relationships with the audience. She cooks an entire spaghetti dinner on stage from scratch.

George: Eileen this requires particularly culinary. Do you possess these culinary talents?

Yeah, it was definitely.  so we had about  total weeks of  formal rehearsal time, but I was also rehearsing at the same time for Clue, which is the next show in, Crossroads., a The first week we were actually on Zoom, so Brian was in Chicago. I was in Cincinnati and so it was all done through the wonder of Zoom and he. expertly, Kroger shopped me all of the foodstuffs that I would need and over zoom just like a cooking show.We went through every course and in my tiny kitchen we made all of the food and my husband was delighted by the journey.

George: Ah, How I Loved, Lost, and   Made Spaghetti . The dates for the Crossroads Repertory Theater are in the evening on June 18th and 19th, 27th and July 9th. 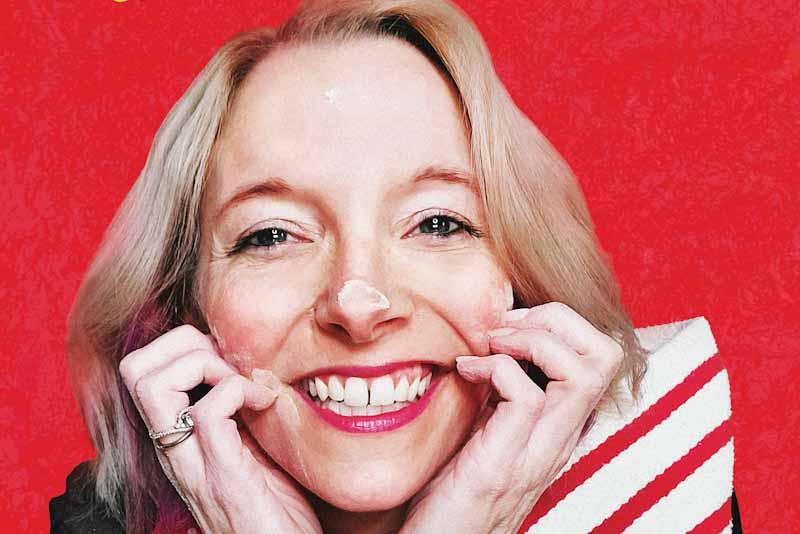 The dates for the Crossroads Repertory Theater are in the evening on June 18th and 19th, 27th and July 9th.