Humana Festival At 40 Years, With A Play That Looks Back 70 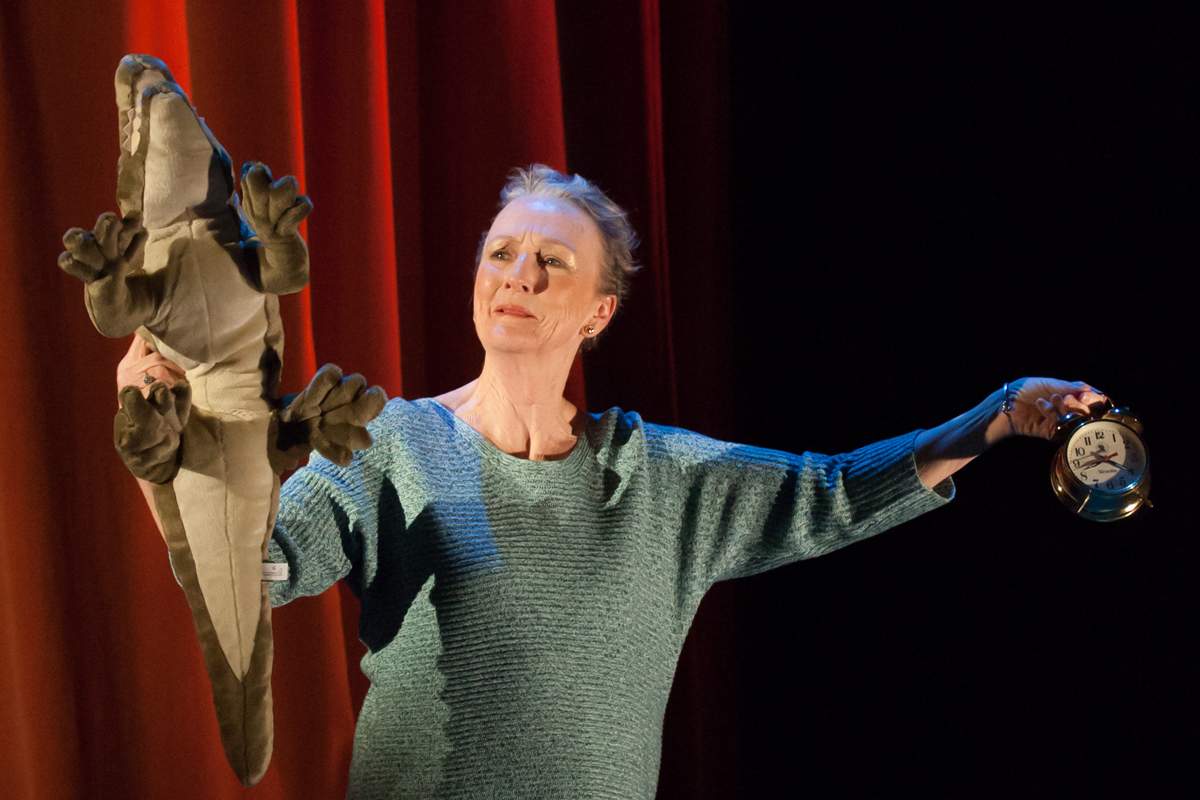 While IU and the area theatre producers were taking a spring break, I drove down to Louisville for the 40th Humana Festival of New American Plays.

With no intermission, the next scene of For Peter Pan on her 70th birthday was a bit of a wake with family memories occasionally interrupted by the comedy of the ghostly father and the family's dog wandering in and out. Playwright Ruhl skillfully manages both the hospital room and the dining room as we learn more about the different members of the family, their sense of one another and of the departed father.

The final scene takes us back to that production of Peter Pan in Iowa so many years ago. Kathleen Chalfant dresses as Peter and the rest of the family appear as Wendy, her brothers and even Captain Hook. Suffice to say there is the magic fairy dust and they all do fly. The captain is defeated, but it's only after an extended and quite comic set of death throes that he succumbs.

Ruhl has a lovely final scene with Chalfant and on the chance that this review tempts you to attend For Peter Pan on her 70th birthday, I won't describe it.

The Humana Festival is rich with theatre and I also saw Steven Dietz's the Random World in its final preview.  No reviews were allowed until the final opening. So I can't say much about it, but area theatre goers may remember IU's intimate production of his dramatic docu-drama God's Country.