The Horror Of Carrying On: Coake's Modern Gothic Debut 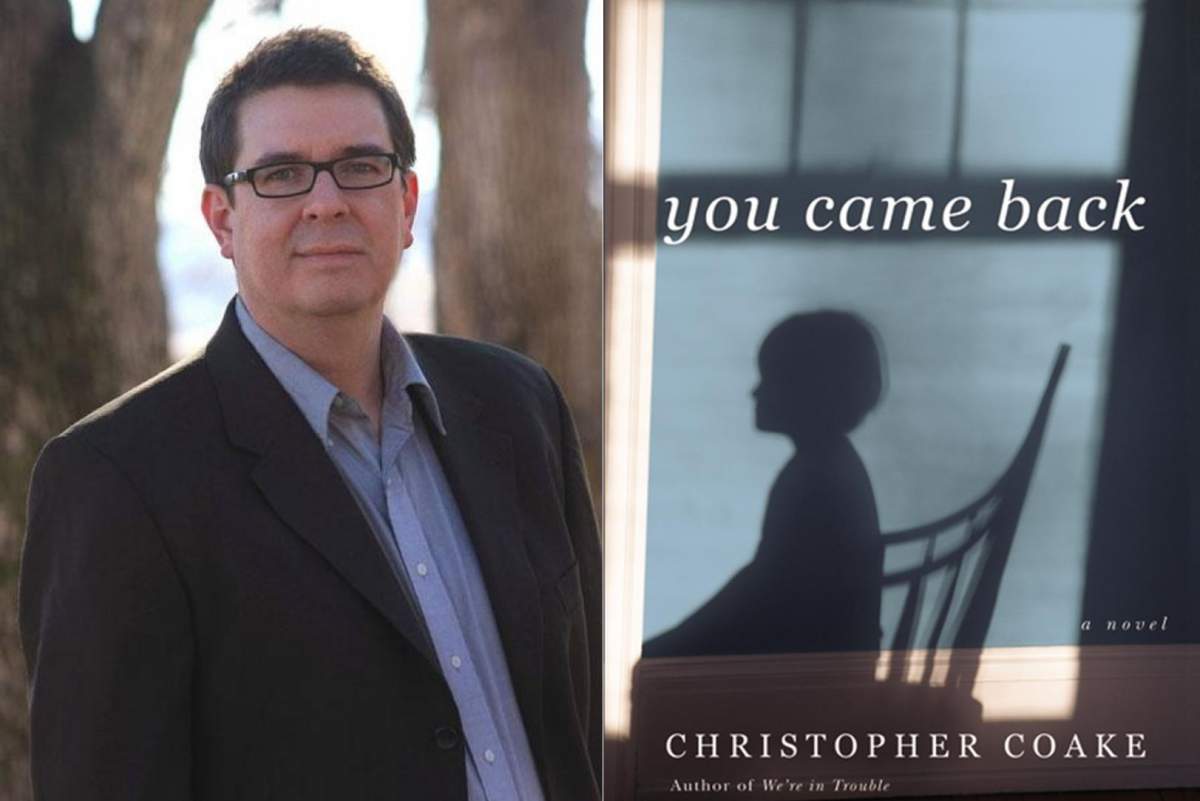 Born and raised in Indianapolis, author Christopher Coake, whose short story collection We're in Trouble was chosen for the PEN/Bingham Award in 2006, has just come out with his debut novel.

Selected as one of "Granta's Best of Young American Novelists" in 2007, Coake lives in Reno, where he teaches creative writing at the University of Nevada. The native Hoosier returned to his home state on a book tour for the new novel, You Came Back.

"This is a book that's set in the present day, in Columbus, Ohio, where I lived for almost ten years, before moving to Nevada," Coake explained to the audience assembled for his reading at Bloomington' s Howard's Bookstore. "And once I got to Nevada, I began to think to think of myself as a Midwesterner, in a different way.

"I had been through a rough patch while I lived in Columbus," Coake told the crowd, referring only obliquely to the loss of his first wife to cancer. "I was thinking a lot about grief, and thinking about rebuilding a life."

While going through the grieving process, and contemplating the novel he wanted to write, Coake sifted through his literary influences. "I grew up reading Stephen King, Peter Straub and H.P. Lovecraft. I really liked horror novels as a young person, but I'd gone to a couple of graduate programs in creative writing that were teaching me to appreciate â€˜capital L' literature. So I wanted to try to write a book that combined everything I knew."

The product is You Came Back, a ghost story channeled through the experience of grief.Â The novel offers the full complement of scary effectsa haunted Victorian house, psychics, cats, and seances, white-knuckled suspense.Â But the ghost in Coake's story is not only a supernatural element, but a vehicle that allows two parallel realities to coexista prospect even more terrifying for Coake. "If I'm going to write a horror novel, I want it to be the scariest thing," he explains, in a separate conversation. "And that was the scariest thing."

"Even though I say I'm happy in my life now," Coake confides"I'm remarried to somebody who's wonderful; I'm in a job I like; and I'm publishing I can't think of any of these things happening without also thinking about this other life, the one I could have had, in which I was completely and utterly invested. I have nightmares of these two lives collapsing-in which I wake up in the middle of the night, for example, and my first wife is calling me on the phone, asking â€˜Where are you?'

"The more I worked on this story, the more I realized it was about, not just this idea of a ghost but also about a character who had to try and navigate these two parallel lives and whose worst nightmare was going to be that former life reestablishing itself," laying waste to the progress the character had made in the wake of a great loss.

In You Came Back, Coake introduces us to thirty-something Mark Fife, living in Columbus seven years after an accident that took the life of his young son, and resulted in the disintegration of his marriage to his college sweetheart. After having endured a long period of rudderless grief, Mark has stabilized, hopeful enough about life to propose to his girlfriend in the opening chapter.

But just as his new life is dawning, Mark is ensnared by the past. The woman who lives in the house where Mark's son died has been experiencing something unusual there, so she contacts Mark, whodespite his most rational intentionsis lured back to his old life.

The reader, in turn, is quickly seduced by the thread of the paranormal, entwined with a love story made irresistible by virtue of its tragic impossibility. The novel's four-hundred-plus pages turn quickly, and even guiltilyat least for those readers whose literary education did not include the horror genre.

"Stephen King has written well about the injustice of the disreputable label that is put upon his fiction, and that of others," counters Coake. "A lot of our literature only has its resonance because it looks at the most uncomfortable thing." Coake points to The Turn of the Screw, Haunting of Hill House, Crime and Punishment, and Beloved as examples of classic literature in which the supernatural or the truly horrific plays a central role.

"A book that means more to me than just about any other is Tim O'Brien's The Things They Carried," Coake continues. "The centerpiece of one of those stories is the recollection of a soldier torturing to death a water buffaloshooting it to death until it dies. It's one of the most horrifying things I've ever seen. It's not a vampire, it's not a ghoul, it's not one of the more lurid expressions of horror, but it's an image in fiction I'll never forget."