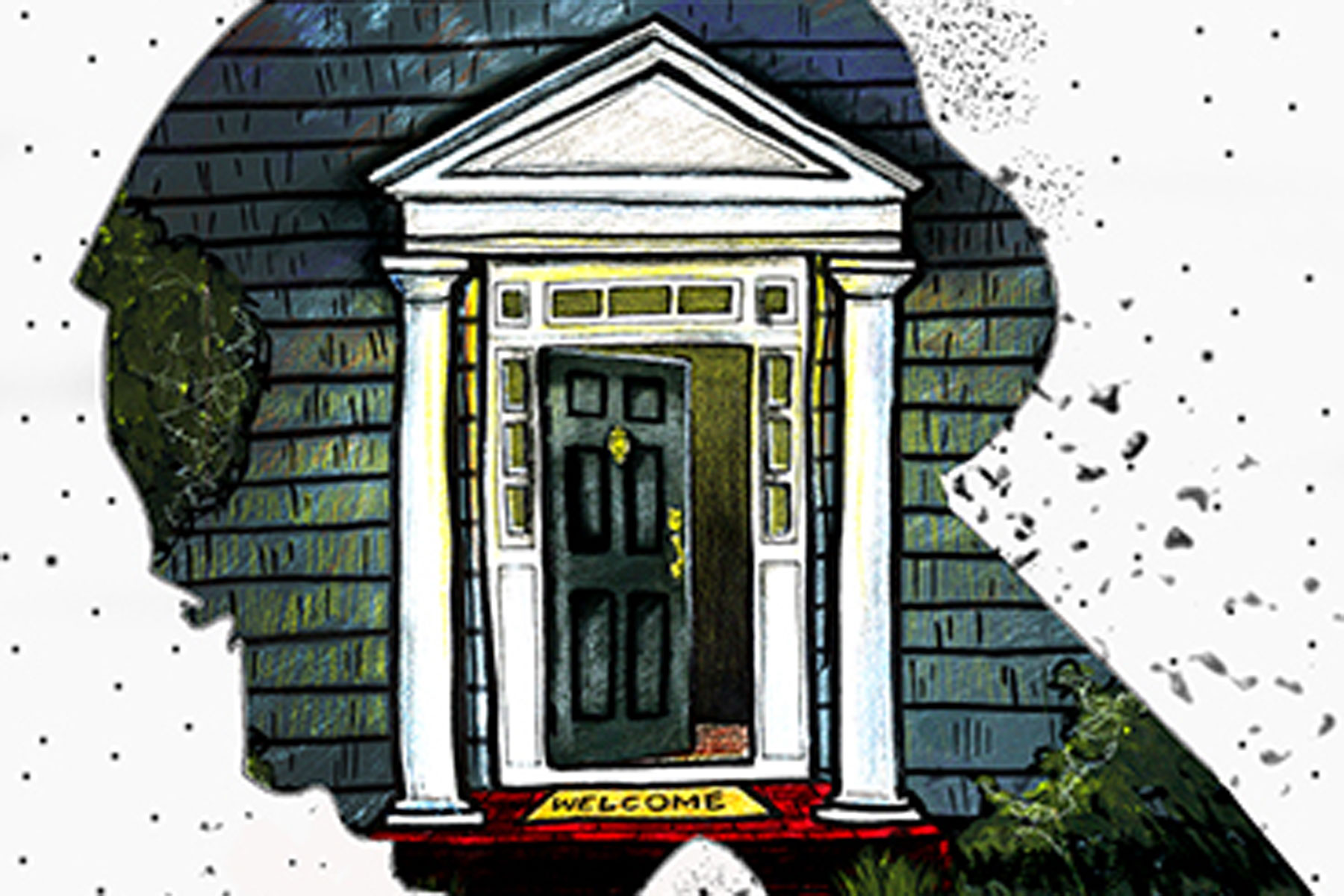 Home at the Bloomington Playwrights Project is a nicely presented, tidy little musical with some nicely turned performances

Katherine, Ashley Dillard is an alternatingly forceful and tentative daughter in her mid-thirties. She's fled back to small-town Texas from California. Katherine's been away for nine years. She's given up writing to become an English teacher. A man who's everything that she wants has proposed marriage. Katherine's come home at least in part to deal with her past and to find out why she can't say, "Yes

The center of Home is Miriam, her crusty, alcoholic mother played magnificently by Francesco Sobrer. The beat up old house is full of memories and Katherine sees them acted out. There's Katie, Katherine's teen aged self, the agile Joelle Jackson and Kat, her college-age self the very funny Mary Beth Black. When Katherine thinks through her past, the appropriate figures appear the painful scenes repeat.

Mother Miriam frequently professed love for what she calls her baby girls, but she used her own insecurity as a tool to crush the teen aged Katie's bold try for a summer writing adventure. She was out cold drunk for Kat's college graduation and she's far from supportive of Katherine's current success or willingness to help.

As the story, fluently supported by the music, develops Katherine explores her teen years in scenes with Joelle Jackson and the college time with Mary Beth Black. In Jackson's scenes, the teen is feisty and driven to write but always being undermined by Miriam. I mentioned Black playing Kat, as a comedian. She has a very funny duet with an electric toothbrush and a bit of a comic rhapsody on marijuana.

Miriam confesses to Katherine that she has terminal cancer, but she's pretty tough about it and quite resistant to being helped. Throughout Katherine skillfully mirrors the audience's growing understanding and even care for a character who has done some awful things, but in the hands of Francesca Sobrer still evokes care and respect.

As the story develops there were more than a few sniffles in the audience and I thought of cancer in the film Terms of Endearment and chemical dependence and intervention in Osage, Orange County.

The climactic scene with Katherine, Katie and Kat singing the featured song of home and heart is a winner and applause for the show was loud and long.

Home from the book by Christy Hall with music and lyrics by Scott Alan is directed by Chad Rabinovitz and David Sheehan. Music direction is by Ray Touhey, the pianist is Brandon Porter. The very effective and attractive multi leveled set is by Shane Cinal.

Home at the Bloomington Playwrights Project plays through December 17, tickets are in short supply.