Hiding In The Spotlight: Review 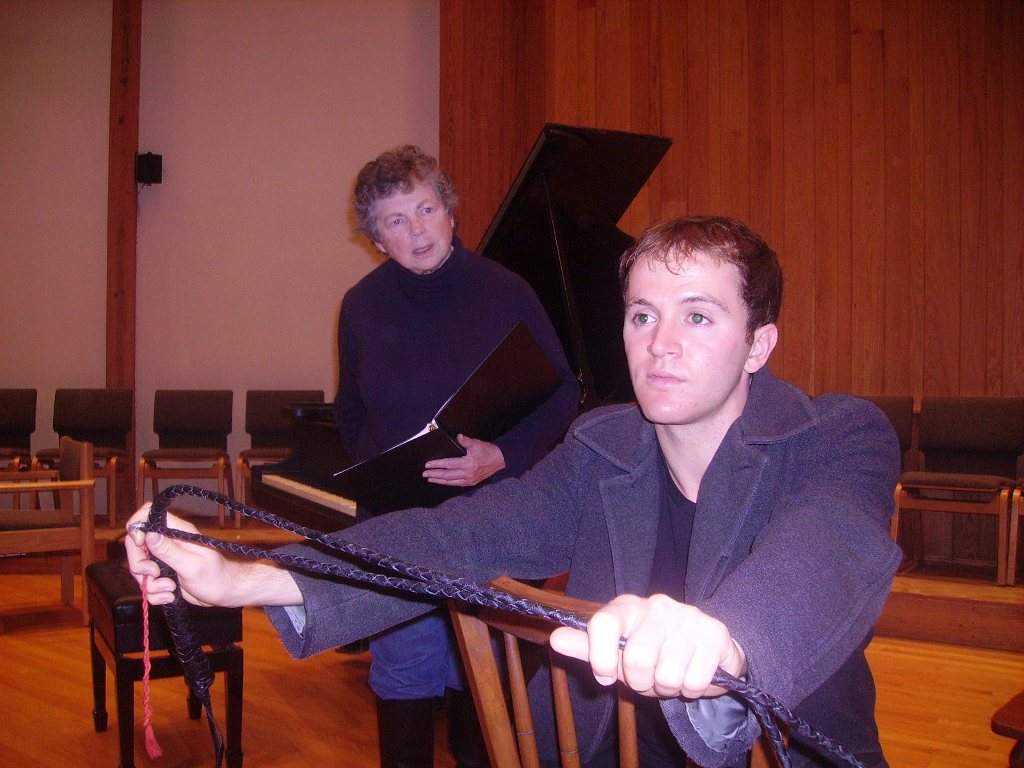 Hiding in the Spotlight at the Unitarian Universalist Church in a production by the Jewish Theatre of Bloomington is the story of two pianistically talented Ukrainian Jewish girls' survival during the Holocaust. Paula Gordon is masterful as she plays Zhanna Arshanskay telling the story to her grand-daughter Aimee Dawson played with bright charm by the real Aimee.

Even before the holocaust, things were bad in Ukraine. At first Zhanna's family is persecuted because they are Jews who aren't Communist Party members and later just because they are Jews. Following the Nazi invasion, the family is rounded up with other Jews in the area, abused, starved and finally simply shot and buried in a mass grave. Zhanna's telling of her story is dramatized in brief scenes by a dozen actors who play multiple roles. It's a harrowing tale.

Zhanna's father bribes a guard to let her escape and somehow her younger sister Frina joins her. Through a series of adventures with a bit of help from unlikely sources the two manage to pass themselves off as Russian orphans and eventually attract the attention of a music loving German commandant. Always in fear of discovery, the two survive the war playing public concerts across Germany and Russia.

Liberation finally comes and Zhanna and Frina are once again saved as their piano playing attracts a music loving American commandant. This leads almost magically to America, scholarships to Julliard and eventual marriage for Zhanna to a fellow musician who brings her to the faculty at Indiana University.

The production of Hiding in the Spotlight directed by Darrell Stone is a choreographed reading with some clever casting and doubling. Clare Mattson as the young Zhanna is able to play the piano parts at just the right level for the production. Ben Abbott turns in a nice performance as both the music loving Nazi commandant and the equally music loving American commandant. Jeff Stone plays the Russian Communist who harasses the family before the war and the Nazi who drives them to their eventual destruction during the war. He also gets to play a couple of amusingly quirky good guys. Not so Christopher Staley who's sole part is that of a frighteningly loathsome collaborator, a former neighbor who seems to want to out Nazi the Nazis.

As a fill up at the conclusion of the play, young pianist Kailah Young came forward for a lovely performance of a Chopin Fantasy that had been a signature piece for Zhanna and the real Zhanna joined her and the cast on stage for a standing ovation.

The Jewish Theatre of Bloomington's production of Hiding in the Spotlight at the Unitarian Universalist Church has final performances Saturday November 12th at 7:30 and Sunday November 13th at 2:30. Students with ID are admitted free.