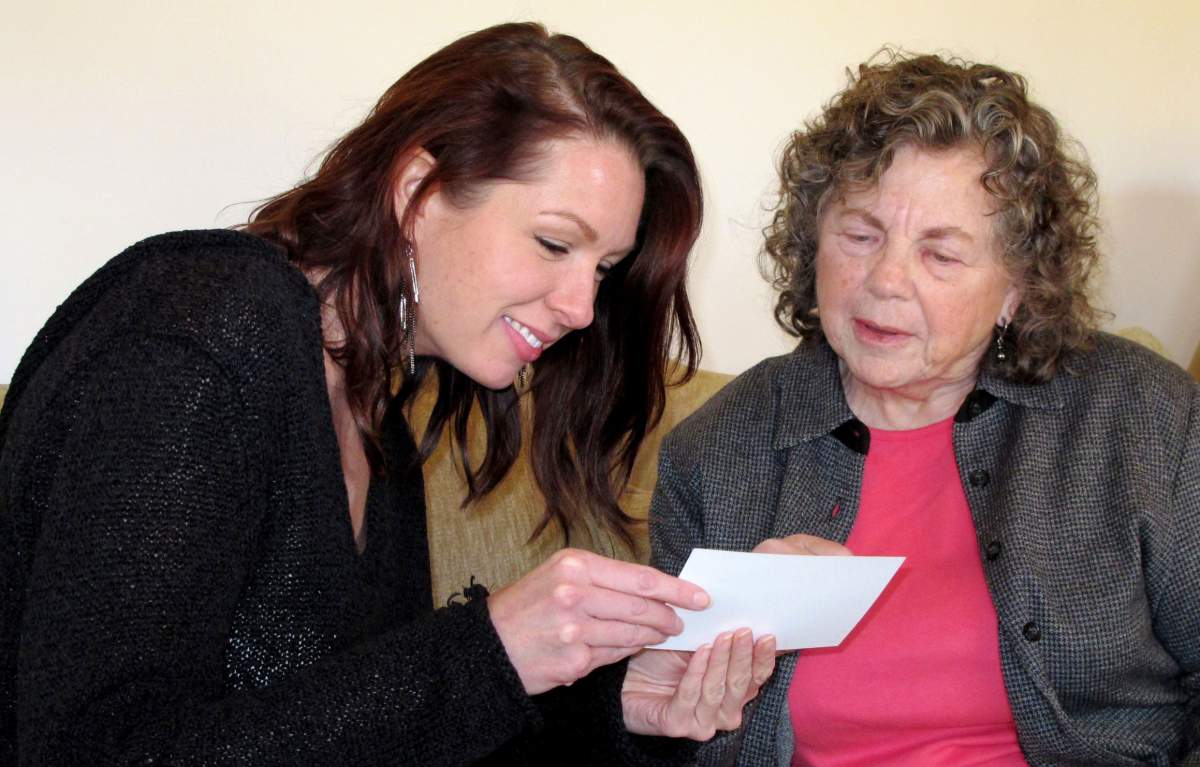 The Jewish Theatre of Bloomington's production of Jason Odell Williams' Handle with Care at the Rose Firebay of the Ivy Tech John Waldron Arts Center is neatly produced, skillfully acted very funny hour and a half of theatre. Direction is by Gerald Pauwels.

Grandmother Edna, Paul Gordon, and grand-daughter Ayelet, Carrie Fedor, are in a cheap motel in a little backwater town in Virginia. The brightly lit desk calendar says it is December 23rd. Ostensibly, Edna is treating Ayelet to a tour of "the real America" to help her get over the depression of being dumped by her fiancée, however it seems that Edna is also working on a mission of her own. Edna knows a bit of English and Ayelet none, but through the magic of theatre we can understand them together perfectly.

In the next scenethe calendar says it is the 24th Terrence, TJ Tincher, a confused deliveryman is frustratedly trying to explain the key problem of Handle with Care to Ayelet who's now replying totally in what Terrence calls Jewish. As Terrence says, "I don't speak what you're speaking.

The deliveryman appeals for help to old school friend Josh, Brandon Wentz. Josh did have a bar mitzvah, but really knows only a few scraps Hebrew. When things get beyond ‘Shalom' with Ayelet, the conversation grinds to a halt. Josh., who's grieving over the recent death of his wife, is convinced that Terrence is actually trying to set him up with her. His frustrated attempts to converse with Ayelet are very funny.

Playwright Jason Odell Williams skillfully shifts the scenes back and forth from December 23rd to the 24th always preserving a bit of tension and mystery while keeping the comedy going. Handle with Care is a romance, with a lot of laughs, but with a very satisfying romance that has real sparks at its core.

The Jewish Theatre of Bloomington's production of Jason Odell Williams Handle with Care in the Rose Firebay of the Ivy Tech John Waldron arts Center plays Thursday Nov 20 and Sat Nov 22 at 7:30. There's a final matinee on Sun Nov 23 at 3 pm