Hairspray...If Kids Could Just All Dance Together! 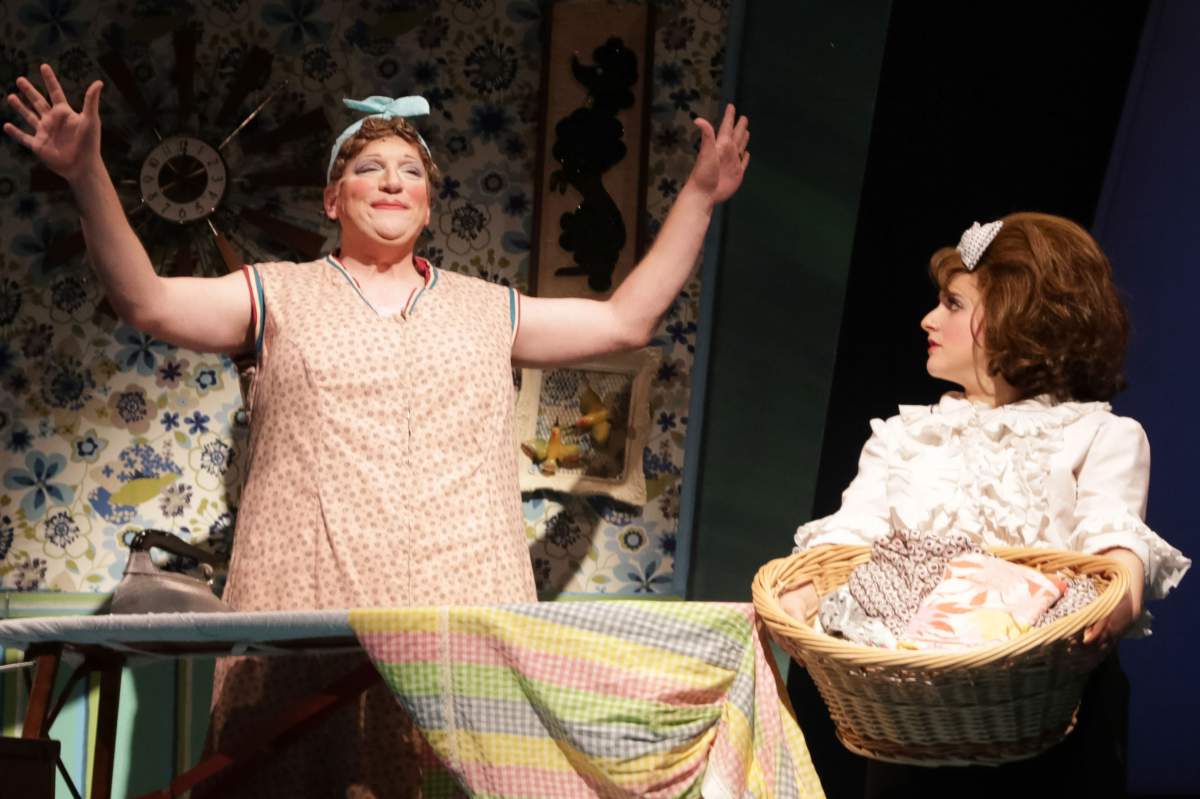 John Waters' film Hairspray from 1988 looked back twenty-five years to the Baltimore of the 1960s with the story of a chubby teenager whose love for dancing leads her to first break the shape barrier and then the race barrier of a local TV dance show. Cardinal Stage Company's  2015 production  looks back from another twenty-five years with the  musical version of that still resonant same story.

It's through school detention that Tracy meets her African-American dance mentors, the charming Seaweed, Quin Cason with his dynamite little sister Inez,Darian White who show her the steps that win her a place on the TV show.

Their friendship is cemented when she's demoted to their non-college bound class. Through these two, Tracy meets Lee Martin, the magnificent Motormouth Maybelle. As act one ends, Tracy and her new friends are planning to integrate the Corny Collins show.

Act two begins in scenic designer Marc Frederick Smith's whimsical jail with reflections from all about the experience. As in every scene of Hairspray, choreographer Liza Gennaro and director Randy White keep things full of energy and colorful movement. Everyone except Tracy gets out and while she languishes in solitary, mother Edna with father Wilbur, the every creative Mike Price execute the pas de deux "You're Timeless to Me." It's good, but we were more interested in what would happen to Tracy.

With the help of on-again off-again boyfriend Link, Scott Van Wye, Tracy does get out. Following the powerful performance of the gospel style "I Know Where I've Been" led by Motormouth, the show is integrated, the villains are converted and at least for the moment the good guys win.

I didn't work it in, but Connie Shakalis is a stich as Penny's mom, the school gym teacher and a prison matron. Brianna Mila, Danielle Garrett and Anastasia Talley are right on as The Dynamites. And the whole cast dances and sings wonderfully. Despite music director Brent Kincaid's expertise in shaping the singing and the sound , for an authentic 60s sound the band is too loud for the singers, but that's something that I've found myself saying about most shows.

Just this past week there was a terrible tragedy and it does make me pause in my thinking about Hairspray. Mel Brooks thought that the best revenge on Hitler was to make him a laughing stock in The Producers. At the moment I can't think of any way to laugh about the Charleston tragedy itself, but perhaps in a small way the optimism and energy of kids just dancing together is a small antidote.

Cardinal Stage Company's production of Hairspray continues in the Buskirk-Chumley Theatre through June 28.