Grounded: A Grey Screen, Instead Of The Wild Blue 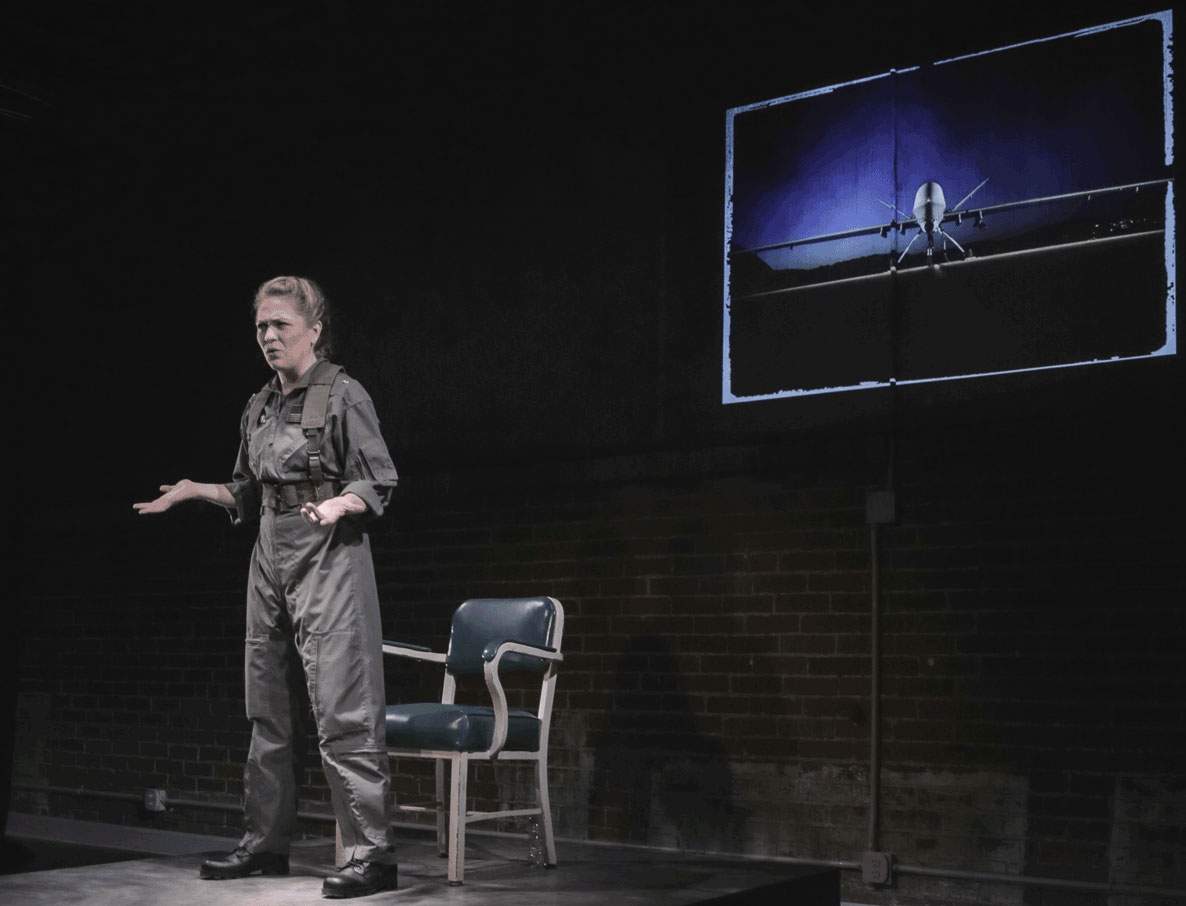 Greta Wohlrabe plays the pilot. All her life she's dreamed of being a fighter pilot. She's studied, sweated and strained to make her way into a cockpit mostly ruled by men. The pilot loves the thrill of flying and the wild blue of the yonder. At the top of her game, love comes her way and along with it a pregnancy that takes her out of the cockpit and back state side. She's with the husband she loves and the daughter she adores, but she is grounded and the pilot in her misses the sky.

She seeks redeployment, but she's told that fighter planes are antique and the wave of the future is drones. She's detailed to fly one from a trailer in the Nevada desert. Gradually, she begins to actually take pride in her piloting skills. But with the drones her perspective about what happens after the pilot pushes a button is dramatically changed. No longer does she speed in fire her missiles and fly away. A drone hovers, its pilot watches the destruction right down to the individual casualties.

Tensions builds in George Brant's play as the pilot works a brutal schedule with twelve hour days of concentration and seven day weeks. She finds it takes more and more energy just to shift on the drive from work to home. A week of leave is spent mostly sleeping.

Grounded skillfully prepares us, but the final scenes are still a moving surprise. During a drone strike, there's a traumatic stress crises. In dollar value it's an eleven million dollar calamity. In human value it's incalculable. The pilot may be permanently shattered. She's left court marshaled for insubordination and we are left wondering what we might have done or should have done.

The griping production takes place on just a six by eight foot raised stage with a single chair for a prop. Stephen John directs the action. The performance is very creatively supported by Kate Ashton's lighting, Mike Prices's sounds and the projections of Harrison Haug.

At the Theatre, I'm George Walker