I Am Grock: Review 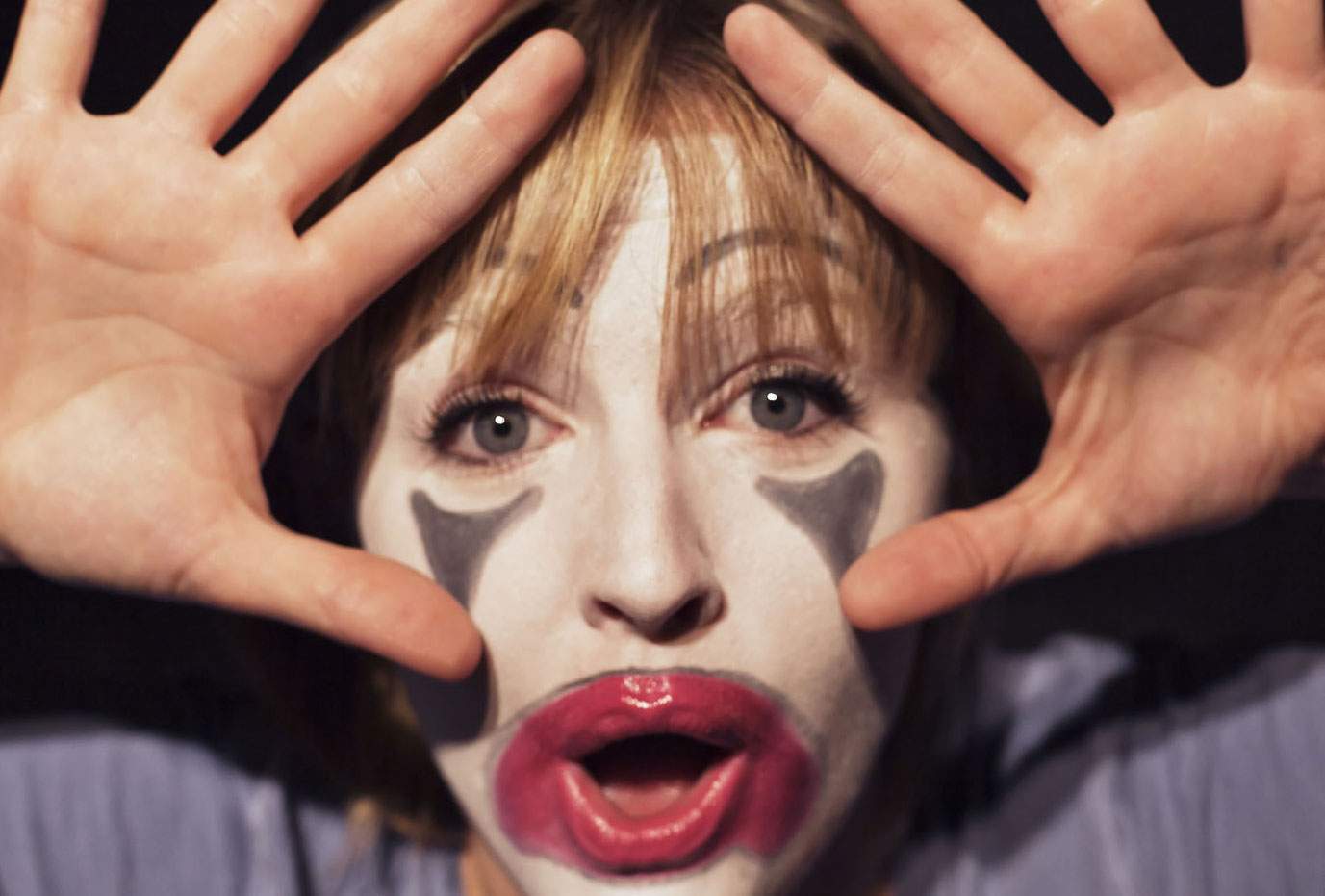 I Am Grock by Amanda Rogers at the Bloomington Playwrights Project is a witty, funny and sometimes even thought provoking family saga. It's this year's Reva Shiner Comedy Award Winner. I got an early look at the preview performance.

Phoebe Broman Gardner is a family therapist with a new book to promote during an imminent, in-home television interview. Her approach, like the title of the book, is Brutal Honesty. Some of that honesty has led her precocious nine-year-old son to spill the beans about the upcoming interview to her entire family. As the play opens, they descend.

Playwright Rogers has given Phoebe a wonderfully funny, frustrating and colorful set of lulus to contend with on short notice. Her grandmother manipulates the family with fainting spells and notices of impending death. Her mother lives in a world permanently shaped by her second place win in a teen beauty contest. Her father has retreated into television sports and passive endurance.

Phoebe's jealous sister seeks fulfillment by flitting from one arts craze to another. Her husband has been disappearing on weekends for the past four months. And a totally pregnant, total stranger has just arrived from Japan with news that her impending child is an experiment with Phoebe's brother.

The embattled Phoebe has just a couple of hours to sort things out before the television crew arrives. Some of the Brutal Honesty therapy takes place in a game of musical chairs literally conducted at gunpoint. Long-held secrets and grudges are aired. Tensely guarded secrets are told. Revelation follows revelation.

Frankly, some are genuinely touching, while others don't seem to have been a good idea to reveal. But all are delivered with varied, tense build-ups and an eye for comedy. They do leave the individuals feeling a bit freer, and the family ready for that upcoming television close-up.

Amanda Rogers' script for I Am Grock is wordy and action packed. Director Tom Evans skillfully deploys the forces across and around Shane Cinal's classily upscale set. Emily Goodson was both commanding and vulnerable as Phoebe the therapist. Austin Rawlins was charming as her precocious, truth-telling son. Kate Braun nicely showed both the fragility and the inner strength of the grandmother.

Amanda Rogers' I Am Grock at the Bloomington Playwrights Project has performances the 8 - 10 and the 15 - 17.