How The Grinch Stole Christmas: Review 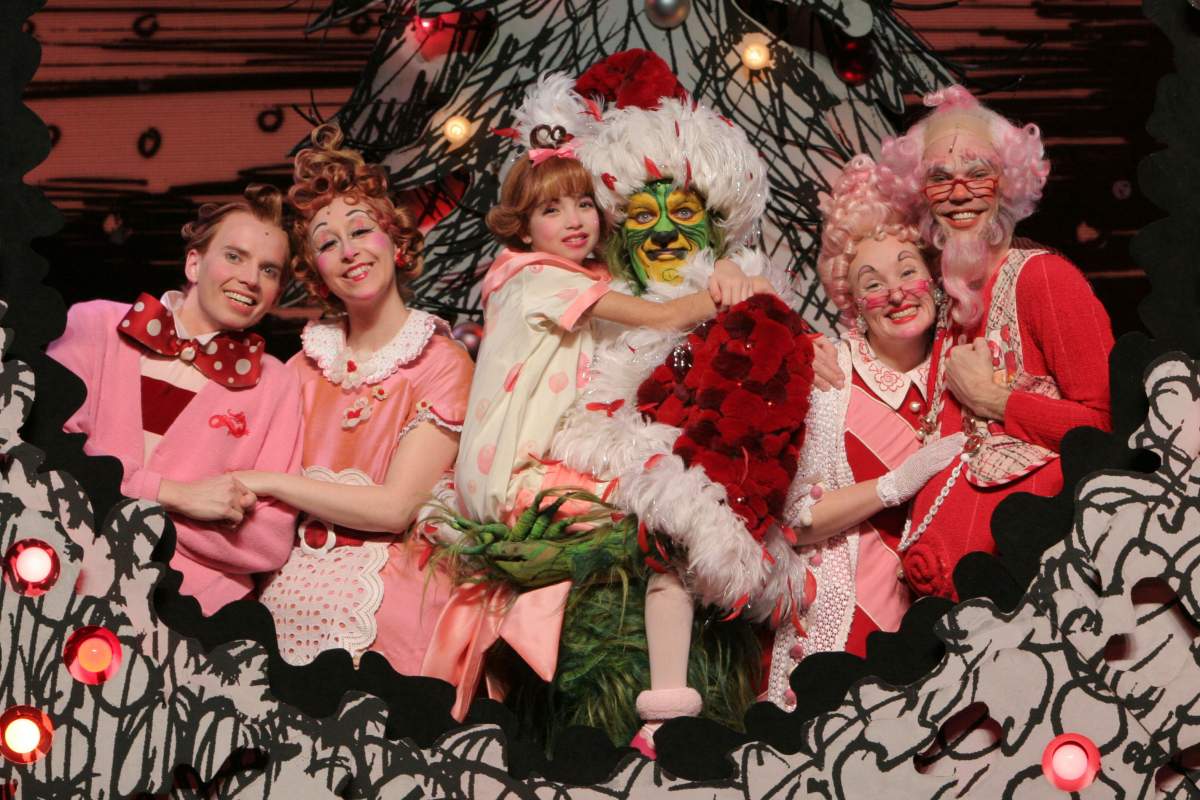 A new tour of the musical version of  Dr. Seuss's  How the Grinch Stole Christmas has been developing in Bloomington and it had it's opening  to a mostly packed house Thursday at the  IU Auditorium.

Bob Lauder was a warmly friendly reflective and reassuring guide as Old Max; the Grinch's now grown up dog. Seth Bazacas though burdened with a sad clown mouth was perky and personable as the puppy of Max's youth. Stefan Karl's Grinch took a while to connect with the audience, but especially in the scenes with the cute and trusting Cindy-Lou who…either Jenna Iacono or Georgia Kay Wise… he was both scary and sympathetic.

Actually the title for the show, How the Grinch Stole Christmas, is a neat bit of diversion. It's not really about the ‘how,' but more about the ‘what' that he steals. Despite the repetition of the phrase "it's not the presents, but the thought that counts," the residents of Whoville certainly do seem to put plenty of energy into selecting those presents. It's a bit of a surprise and not just to the Grinch, that their holiday spirit doesn't seem destroyed   even when he and the much put upon Max, steal every single one of those presents. Somehow the ‘thought' does seem to be central.

On opening night there were a few miscues and the sound reinforcement for the choruses was a bit too loud to convey the richness of the singing and the instruments, but the well paced cast delivered a thoroughly professional show. Thursday night's audience warmed as the show went on, joined lustily in the sing a long of "You're a Mean One, Mr. Grinch," and exhibited quite satisfied smiles as they exited the theatre.