Greeting The Granfalloon with a Raucous Reqiuem 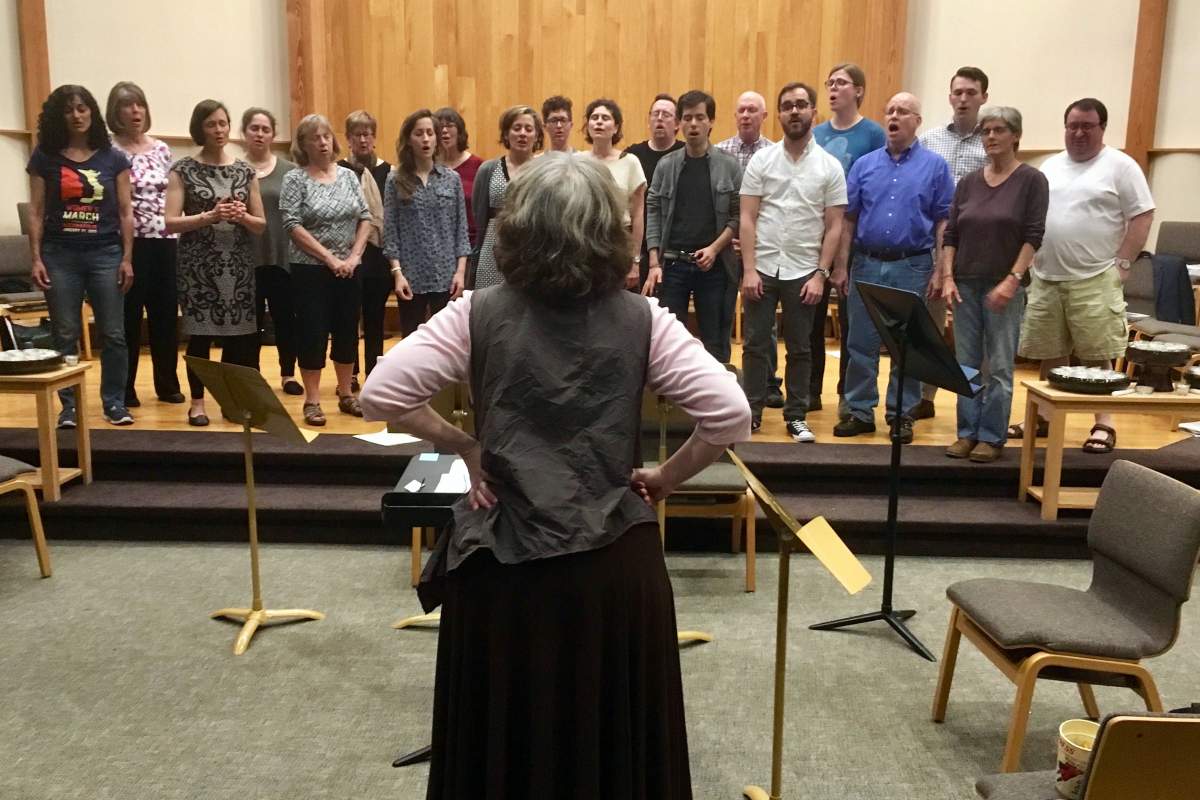 Everything was beautiful and nothing hurt.           - Kurt Vonnegut, Slaughterhouse-Five

To kick off the summer, the IU Bloomington Arts and Humanities Council wanted to introduce students and community members to the Bloomington art scene by trying something a little different: a three-day festival celebrating the life and work of science fiction writer, outspoken humanist, and Indianapolis native Kurt Vonnegut. The proudly unorthodox result is the Granfalloon: A Kurt Vonnegut Convergence.

"The most distinctive things about his writing are the political satire and dark humor that is in almost all of his fiction," says Joe Hiland, Communications Coordinator for the Arts and humanities Council, "to me he's kind of a 20th century Mark Twain."

"Granfalloon was a word that Vonnegut himself coined," explains Isabel Planton, Public Services Librarian at the Lilly Library, "It's a group of people who've come together sort of under arbitrary reasons or for superficial reasons. Everybody who calls themselves a Hoosier would be part of a Granfalloon of Hoosiers. So, while the reasons that bring the people of a Granfalloon together are arbitrary, the sense of belonging that they feel is both powerful and real. That was the concept that was suggested for this conference, because it is a Granfalloon of people who all love Kurt Vonnegut."

In collaboration with the city and various institutions like Cardinal Stage Company, Ivy Tech, the Lilly Library, and dozens of academics and artists, the Granfalloon is part symposium, part exhibit, and part performance, all centered on the artistic style of an author who is known for blending genres and challenging traditional artistic boundaries. The Granfalloon runs from May 10th  through the 12th at various venues in Bloomington, including  musical performances at Upland Brewing Company featuring Rodeola, Damien Jurado, and Grammy-award-winning artist Father John Misty. But the opening concert will kick off with local chamber choir Voces Novae, who also likes to test artistic boundaries and perform at non-traditional venues.

"We've sung at a goat farm and we've sung in the hospital parking garage and we've sung walking tour concerts of Rose Hill Cemetery and downtown Columbus and the B-Line trail," says Sue Swaney, Artistic Director of Voces Novae. Swaney explains that, coincidentally, Voces Novae recently commissioned an new choral work called The Vonnegut Requiem, which is a musical setting of a text written by Vonnegut himself. "He took the traditional requiem text and re-wrote it because he thought it was a little bloodthirsty or fearmongering," adds Swaney, "or he just found it a little harsh, so he re-wrote it in what I would call a more humanist vain. It's both reverent and irreverent at the same time."

Each of the eight movements of the Vonnegut Requiem is arranged by eight different composers. Voces Novae will only perform the first movement on Friday and will debut the whole piece next April.

"It feels weird because its sort of familiar but it's just a little skewed, which is I think very typical of Vonnegut, says Swaney, "he takes that familiar text and just turns it on its ear a little bit."

Voces Novae will perform the excepts from The Vonnegut Requiem, Billy Joel's And So It Goes, The Hymn of Acxiom (a song written from the point of view of an online advertising algorithm), and Back When We Were All Machines, a piece co-written by long-time Voces Novae member Cindy Kallet.

The concert starts at 5:45 pm, Friday May 11th at Upland Brewing Company. The Granfalloon opens with the Vonnegut Exhibit Thursday morning, May 10th at the Lilly Library.