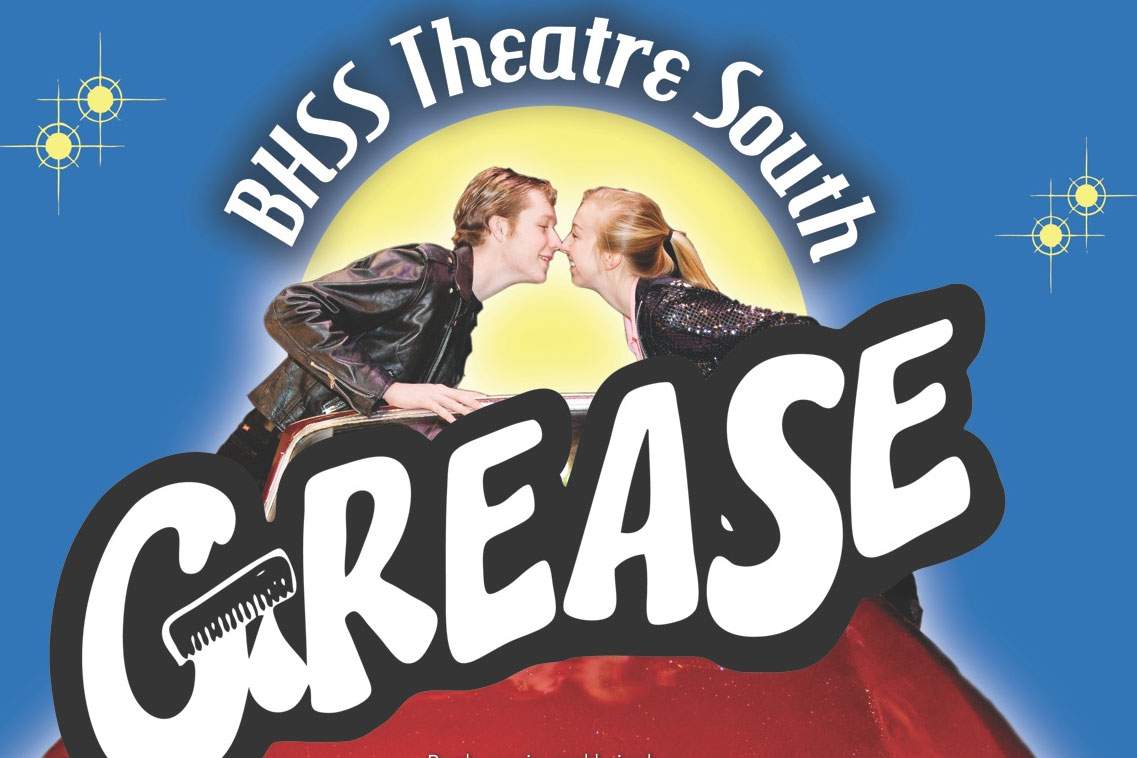 Evie Bauman is a senior and a veteran of four Theatre South shows. She described her character, Sandy, as a "kind of goody-two-shoes." Bauman offered that she herself had "nine years of elementary at St. Charles, so I had my share of patent leather shoes." She went on to say that the variety of opportunities and people at South, especially in Theatre South "are how I learned more about myself and grew."

Patrick Holbrook is also a senior. He plays the initially rebellious Danny and he's the only one of the trio who's never been in a Theatre South show. "It's true that I haven't been in Theatre South, but I have been in lots of shows with Sounds of South." Holbrook admits that playing a character is a challenge,"but it's really fun to put the singing and the dancing together with the acting."

Alex Goodman plays Marty, she's one of the ‘Pink Ladies' who embrace Sandy when she comes to Rydell High. Goodman, like Bauman and Holbrook is a senior and she's the one with the biggest number of shows, two a year for a total of six. "I have done many shows, but I've especially enjoyed this chance to work closely with the three other ‘ladies.' We've kind of bonded just the way they did."