Golden Years A Bit Tarnished, But Still Shine At Crossroads 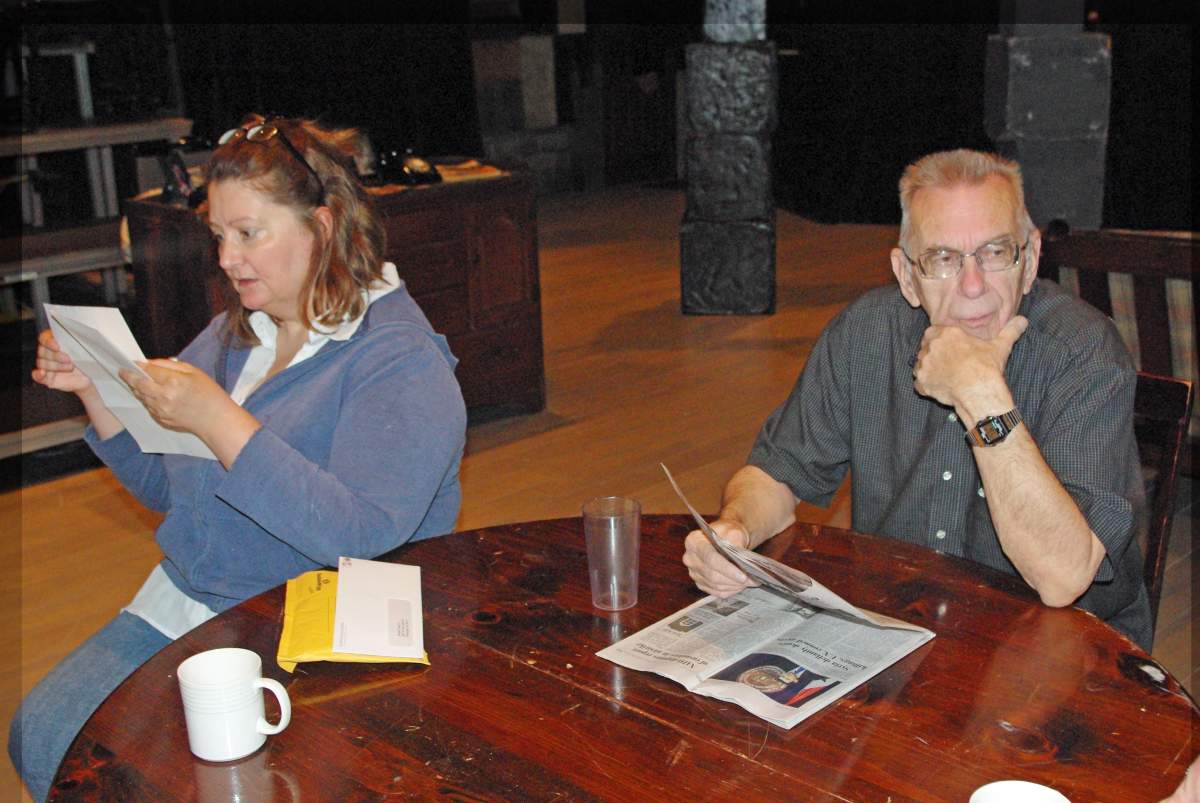 The Crossroads Repertory Theatre in Terre Haute continues their "Other places… other Worlds" season with Ernest Thompson's On Golden Pond. Director and IU faculty member Dale McFadden reacted to the theme.

"I think the ‘world' might be more interior than exterior. The family, former professor Norman Thayer, his wife Ethel and their grown daughter Chelsea,  do have a summer home where each year they can be in nature, be on a wonderful body of water enjoy time with loved ones.  But when we go away somewhere it's not just the scenery we're enjoying. We're looking at our own lives and we're dreaming and sometimes acting to become better people."

"What makes On Golden Pond a perennial favorite and I think a classic is that an aging couple gets the opportunity to reconnect with a daughter who at times has been estranged. They get to face the fact that they'll make the best of their remaining years. And we have great humor, insight and a recognizable family drama that I think gives hope for all of us that relationships can deepen when we get away from the hustle-bustle of the world."

Lew Hackleman is a familiar figure as a director and actor to Terre Haute audiences. He plays Norman Thayer, a tough customer, but one for whom some things are starting to crack.

"Yes," agreed Hackleman. "At one point his wife Ethel, calls him a tough old buzzard. And he's probably tried to hide his emotions for most of his life. But, I think there comes a time for people when they're nearing the end, where the emotions get a lot closer to the surface. And they show their emotions more easily."

Norman Thayer has been played on film by Henry Fonda with Katherine Hepburn and on television by Christopher Plummer with Julie Andrews. Hackleman is joined by Julie Dixon for the plum role.

"It is a plum role," he admits."But it's also scary. Fortunately the play is written differently than the movie in many ways. There are enough differences that I can do my own thing and not have to worry too much about what Henry Fonda and Christopher Plummer did."

On Golden Pond opens with Friday and Saturday night performances on June 29th and 30th and then joins the Crossroads Repertory Theatre's repertory.