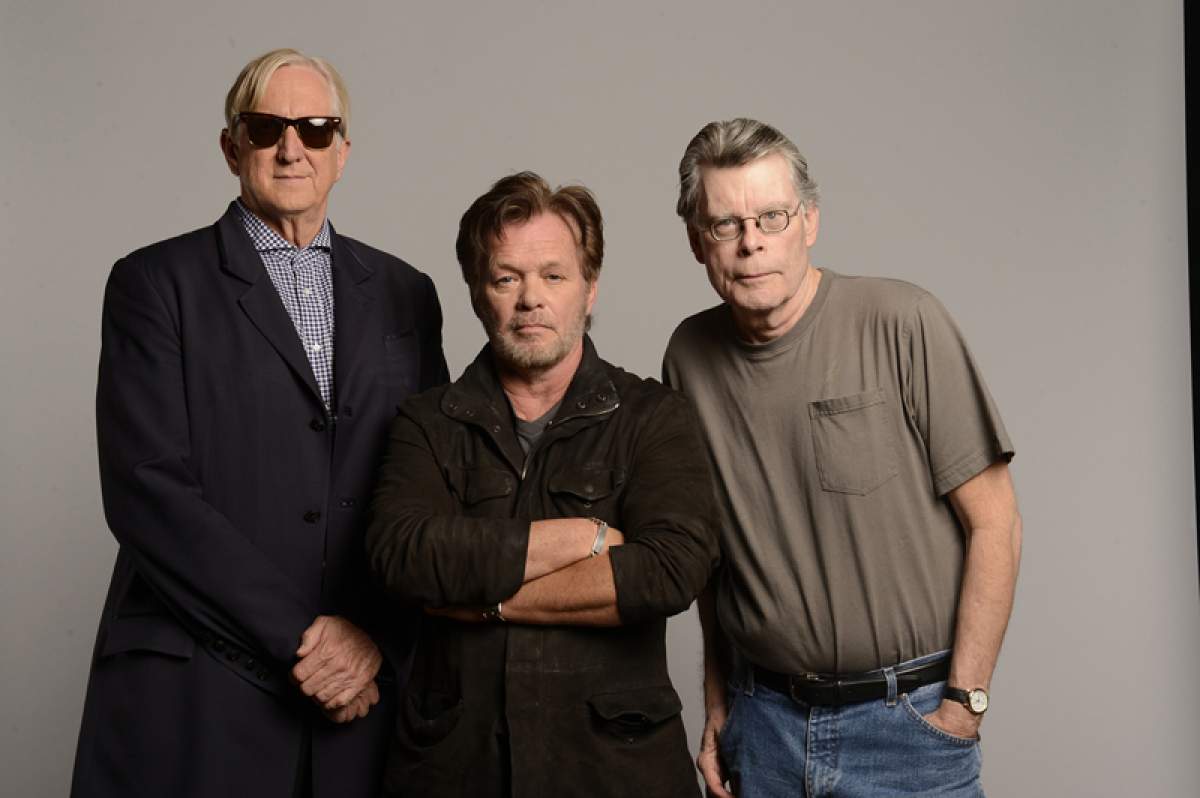 The Ghost Brothers of Darkland County had its official opening to a full house at the IU Auditorium last night.

It's John Mellencamp and Stephen King's play with music.  Two generations of McCandless family brothers each with a wild young woman lose their lives to a toxic mix of lust and sibling rivalry.

Jesse Lenant as the Zydeco Cowboy was the amiable host who bridged the story from scene to scene. Ghost Brothers… is loosely set as an old time radio play with a microphone at center stage. Characters appear either in their present in 1967 or 2007 or as their shroud wearing ghosts.  It's no A Prairie Home Companion.

Joe Tippett and Lucas Kavner with Kylie Brown were the doomed trio from 1967. Travis Smith and Peter Albrink with Kate Ferber were the hope of the future in 2007. Bruce Greenwood  sang eloquently  as the old Joe in 2007, and  he along with Zac Ballard as the young Joe in 1967 were the links from the fixed past to the potentially flexible future.

Emily Skinner sang and acted movingly as the forgiving in life and death figure of old Joe's wife Monique.

Eric Moore sang powerfully as the friendly bartender where there are no ‘drinks on the house,' but the advice is free.

Jake LaBotz played the devilish figure who eggs the two families on to destruction. He got one of the show's few laughs. When he was asked if Hell is as hot as they say, he replied, "Yes, but it's dry heat."

The story of Ghost Brothers is sketched out almost with the drama of a comic book, depending on the visual effects and the songs to fill in the characters. Things develop slowly in the first act and require a bit of patience, but they pick up in the second.

The music of Ghost Brothers is varied, flirting with rock and roll along with country and zydeco sounds. It can be loud and throbbing, but it doesn't seek to pound the audience into submission. This is one show you can leave your ear plugs at home for.  Overall music direction is by T-Bone Burnett. Band leader and arranger Andy York led the nicely understated quartet.

Ghost Brothers of Darkland County leaves Bloomington on tour heading to Kentucky, Tennessee, North Carolina and Ohio. It swings back to the Auditorium for a second performance on October 23rd.