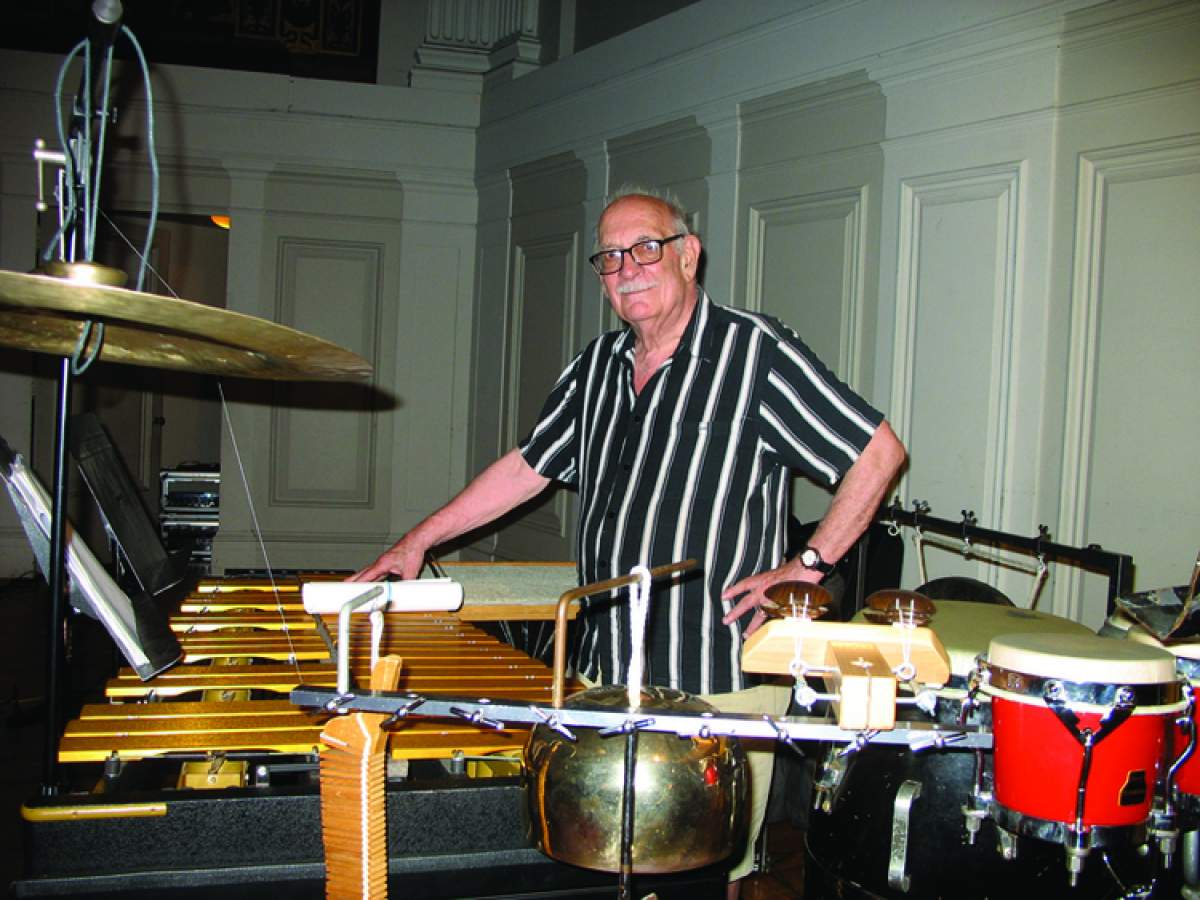 Born in Charleston, West Virginia in 1929, George Crumb's unique style of combining traditional American hymn and folk tune elements with pointallistic techniques and delicate timbral effects has made him one of today's most influential composers. Over the past 60 years, his works have been performed across the globe, including numerous festivals devoted solely to his music.

George Crumb's musical education includes a Bachelor's degree from Mason College and a Master's in Music degree from the University of Illinois, Urbana-Champaign. From 1954-1955, a Fulbright Fellowship allowed him to study with Boris Blacher at the Berlin Hochschule für Musik. Thereafter he continued his studies with Ross Lee Finney at the University of Michigan, Ann Arbor, where he received a Doctorate of Music in 1959.

Highly prolific during the 1960s and 1970s, many of George Crumb's compositions include programmatic themes and elements of mysticism, which are often reflected in his visually stunning scores. Some of Crumb's most notable compositions are part of an extended cycle of vocal works based on the poetry of Federico García Lorca. The cycle includes Night Music I (1963) for soprano, keyboard and percussion, four books of Madrigals (1965-69) for soprano and a varying instrumental combination, Songs, Drones and Refrains of Death (1969) for baritone, electric instruments, and percussion, Night of the Four Moons (1969) for alto, banjo, alto flute, amplified cello, and percussion, and Ancient Voices of Children (1970) for soprano, boy soprano, and seven instrumentalists.

Crumb also draws on current events for inspiration as exemplified by his string quartet Black Angels (1970), which provides a strikingly dramatic, surreal allegory of the Vietnam War. His most recent works include Eine Kleine Mitternochtmusik for solo piano (2001), Otherworldly Resonances for two pianos (2002) and a four-part song cycle, American Songbook (The River of Life, A Journey Beyond Time, Unto the Hills, The Winds of Destiny) (2001-2004).

George Crumb was appointed to the music composition faculty at the University of Pennsylvania in 1965, where he remained until his retirement 30 years later. Many of his former students are some of today's most prominent composers, including Uri Caine, Christopher Rouse, and Jennifer Higdon. George Crumb's music is published by C.F. Peters and an ongoing series of "Complete Crumb" recordings, supervised by the composer, is being issued on Bridge Records.

WFIU will feature music of George Crumb in our classical music programming throughout the month of September.