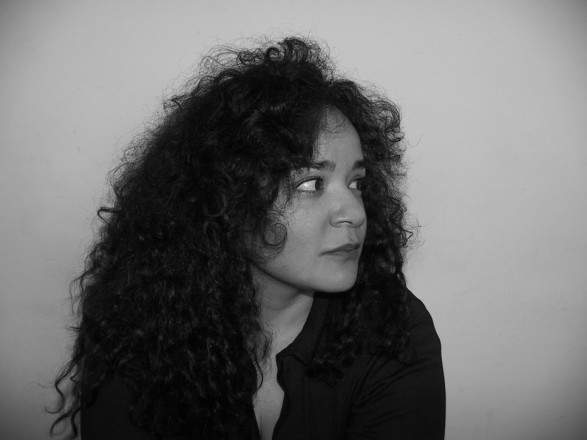 For American composer Gabriela Lena Frank, her multi-cultural heritage is at the very center of her musical identity. Born in Berkeley, California to a mother of mixed Peruvian/Chinese ancestry and a father of Lithuanian/Jewish descent, Frank's approach to composition is heavily inspired by the anthropological efforts of composers such as Bela Bartók and Alberto Ginastera.  A self-described nomad, Frank has traveled extensively throughout South America and has created her own distinct compositional voice by incorporating Latin-American folklore, poetry, mythology and native musical styles into a western classical framework.

Described by the Los Angeles Times as an "exciting and necessary voice," Frank's works have been performed by the Kronos Quartet, Chanticleer, the King's Singers, the Del Sol Quartet, the San Francisco Symphony Youth Orchestra, Los Angeles Philharmonic, Yo-Yo Ma and the Silk Road Ensemble, the ALIAS Chamber Ensemble and Ballet Hispanico.

Her 2004 composition Three Latin-American Dances was recorded by the Utah Symphony for the Reference Recording label, and her work Leyendas: An Andean Walkabout was released in early 2007 on the New Voice Singles label by the Chiara String Quartet. She has served residencies with Lafayette College, the San Francisco Chamber Orchestra, and was the Music Alive Composer-in-Residence with the Annapolis Symphony Orchestra from 2011 to 2013.

A recipient of a Guggenheim Fellowship in 2009, Frank has been recognized for her works that often draw on Latin American musical forms. She has developed numerous projects with the Pulitzer Prize-winning Cuban playwright Nilo Cruz, among them La Centinela y la Paloma (The Keeper and the Dove, a song cycle for Dawn Upshaw and the Saint Paul Chamber Orchestra that premiered in February 2011. Her piece Inca Dances won the 2009 Latin Grammy Award for Best Classical Contemporary Composition.

Beginning in 2007, Frank embarked on a two-year residency with the Indianapolis Symphony Orchestra in which she was asked to compose a work that reflected the growing Latino community in Indianapolis. Frank's residency involved over a dozen visits and was documented by PBS. During that time she collaborated with members of Indianapolis International Center and the Latino Youth Collective. Frank also participated in ESL classes and fostered interactions between ISO members and the community. The residency culminated with the premier of Frank's extended work Peregrinos on February 27, 2009.

Frank studied composition and piano at Rice University and earned a doctorate in composition at the University of Michigan, where her teachers included William Albright, William Bolcom, Leslie Bassett, and Michael Daugherty. She also studied piano with Logan Skelton. Frank currently serves on the board of the American Music Center, a national service organization for composers, and was recently appointed as the creative advisor with the Berkeley Symphony.

WFIU will feature music of Gabriela Lena Frank in our classical music programming throughout the month of June.