The Frenetic Journey To The Middle Coast Festival 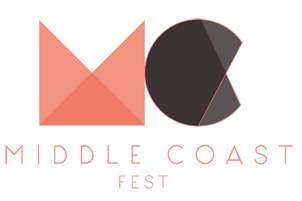 The Middle Coast Festival is an international film festival, and the organizers aim to turn the event into something like SXSW, which brought in nearly 20,000 people from over 60 countries to Austin, Texas this past March.

Jessica Levandosky has a lofty goal. She wants to turn Bloomington into the epicenter of an Indiana based film industry.

"I'm from Austin, and I grew up when SXSW was just ten dollars," says Levandosky. "Austin and Bloomington share a lot of the same characteristics."

She couldn't figure out why there wasn't already an international film festival in Bloomington. So, she asked the director of the Indiana University Cinema, Jon Vickers.

It was about two years ago when Levandosky arranged to meet Vickers. She asked him about starting an international film festival at the cinema, but Vickers said that the IU Cinema wasn't ready for the undertaking. He programs the IU Cinema to feel like a year round festival and adding a highly concentrated festival was too much to add at the time.

Levandosky wasn't the first person to come to Vickers with the question. In fact, he already had done a fair amount of research into the subject. Levandosky left their meeting with a pile of paperwork and the faith of someone she admired, but it would still be another two years before the festival would begin.

Putting the Pieces in Place

Something changed inside Levandosky about two months ago. She can't say what it was, but she decided it was time to make a run at setting up the festival.

Levandosky says, "Once I set my mind to something, it has to happen, or it has to fail. I can't just quit."

The first thing she does is program two feature length-films proposed by Jon Vickers. They are Elena and Swim Little Fish Swim.

Levandosky reached out to Chelsea Sanders at Blueline Media Productions for help with public relations and marketing. Sanders describes their meeting as feeling like fate. She had been thinking about what a film festival could do for Bloomington before hearing from Levandosky. It was a perfect fit, and it felt that way from their first meeting.

About a month away from the festival, Levandosky and Sanders were looking at a modest film festival and a strong beginning to what they hoped would become an annual event.

Then, Levandosky had a thought. She emailed a sound designer she knew named Andrew Sensenig. She asked if he knew of anyone that might have a film to submit. He said that he didn't, but he would send out a tweet.

Levandosky explains, "That night, after he tweeted, I had 110 emails...The first one I opened was One-Armed Man by Tim Guinee."

This film was produced by Phillip Seymour Hoffman and written by Horton Foote. Foote is probably best known for his screenplays of To Kill a Mockingbird and Of Mice and Men.

Levandosky wrote back immediately and accepted the film.

Two months ago, the Middle Coast Festival did not exist, and now it has six feature length films, two question and answer sessions, a workshop on the legal side of film creation, and many other events and short films.

Levandosky says, "If they have an underlying theme at all it's independen[ce]. They're independent in that [the filmmakers] said, 'We've got x-amount of dollars. We've got crew. We've got this great script. Who wants to make this movie?' And that's sort of the community aspect in Bloomington that all these films represent."

The Middle Coast Festival begins tomorrow. You can find out more information about it, including the event schedule on their website.