What Fools These Mortals Be 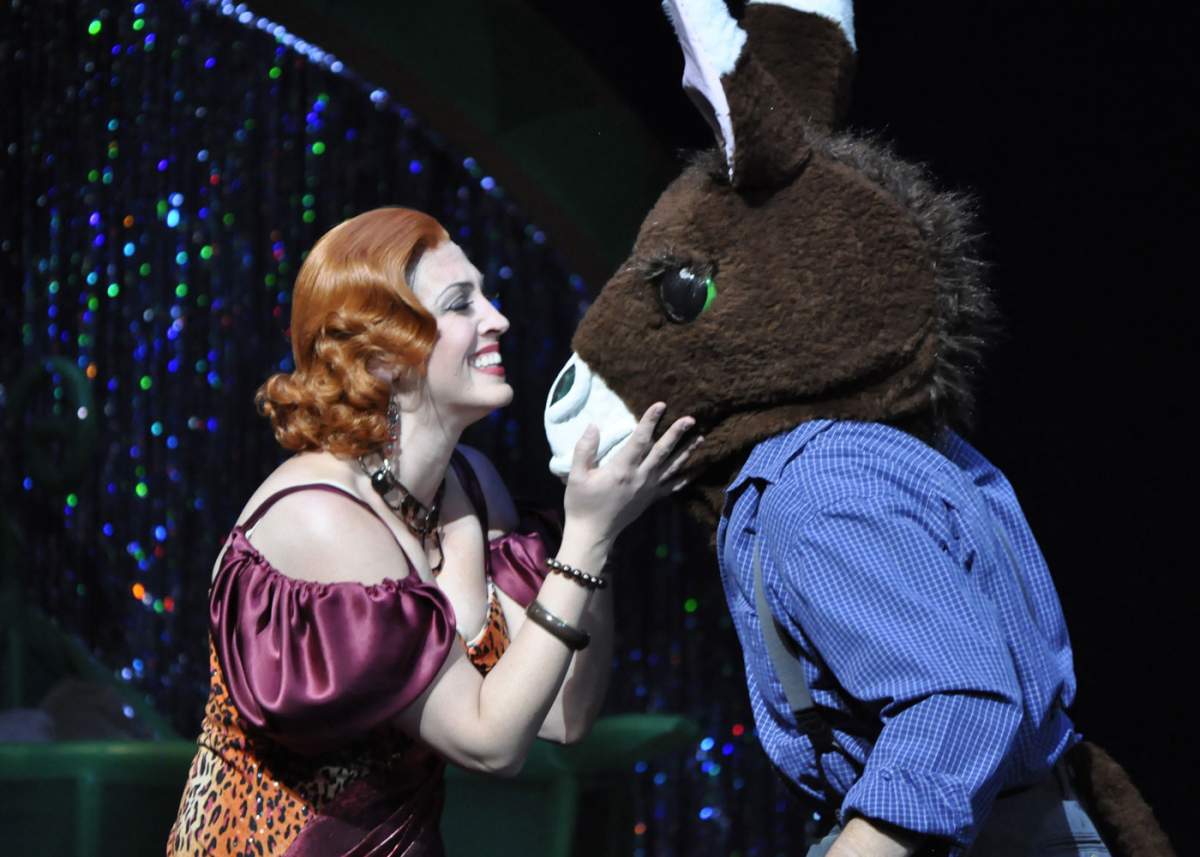 Coming to the Lee Norvelle Theatre and Drama center are the human and the fairy folk of Shakespeare's A Midsummer Night's Dream in a production directed by guest director Gavin Cameron-Webb.

Cameron-Webb has set A Midsummer Night's Dream on a Hollywood sound stage in 1934. At this point in Hollywood the factories were booming and the basic craft of design, costume and especially lighting was at a very high level. This presents real challenges for the crew, not the least because the production substitutes a film for the dream the movie is a musical version of Tarzan and Jane.

It's A Jungle In There!

Nicholas Graves is the scenic designer. "Nick's work is very striking," says Cameron-Webb. "He has to give us three locations for this: one being the sound studio where the film is shot, the second being the film set itself which is a jungle, and the third being a hotel reception area for the immortal performance of Pyramus and Thisbe which ends the play."

First, It's All There In Black And White

"Including that film in the production meant special challenges for costume designer Jason Orlenko," adds the director. "His clothes have to fit the period of the 1930s, but they also need to appear to be in black and white when we're on the sound stage. Then the film is in brilliant color, so he has to make costumes for the Tarzan and Jane characters that are very colorful. And if that wouldn't be enough, as the young lovers get lost they lose their outer garments to reveal highly saturated undergarments as they become more and more part of the film."

Although Cameron-Webb agreed that lighting for A Midsummer Night's Dream was going to be another key to the production's success, we talked before tech week, so he could only say, "We'll find out soon if the things that designer Amanda Wray and I have have envisioned will work."