The Flatliners Have Heart 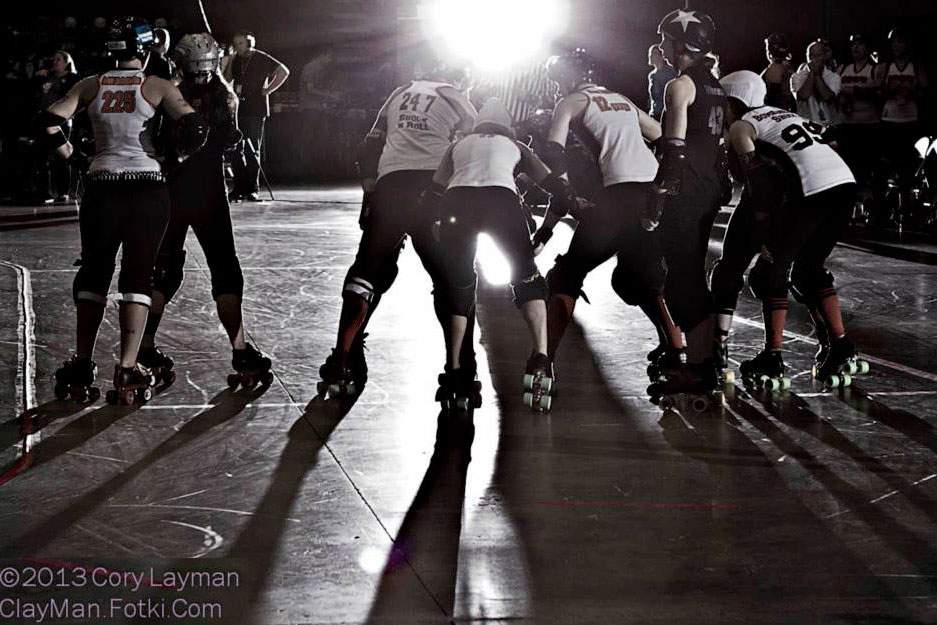 Women's roller derby of the 1930s and 40s was campy, complete with costumers, pseudonyms and predetermined winners Think professional wrestling. But since the revival of the sport in 2006, the track has become flat, costumes are less flashy and athleticism is more important than showmanship. Today, there are 212 Women's Flat Track Derby Association member leagues all over the world.

Bloomington is home to the world's 35th best roller derby team the Bleeding Heartland Roller Girls. Two years ago, the skaters and coaches set the goal of making it to the international playoffs. They just missed the cut last year, but this year they were selected to compete in the Fort Wayne portion of the bracket.

Underdogs, for sure. Teams sharing their bracket included Denver second best in the world and roller girls from Montreal 8th best.

Their first bout was against the Black Sheep of Cincinnati, a team they've played twice this year and beaten once.

Listen to Annie Corrigan's track-side report from Fort Wayne and in-studio conversations with three skaters who are retiring from the grind of roller derby after this season.