If A Flash Mob Won't Get Your Head Up, What Will? 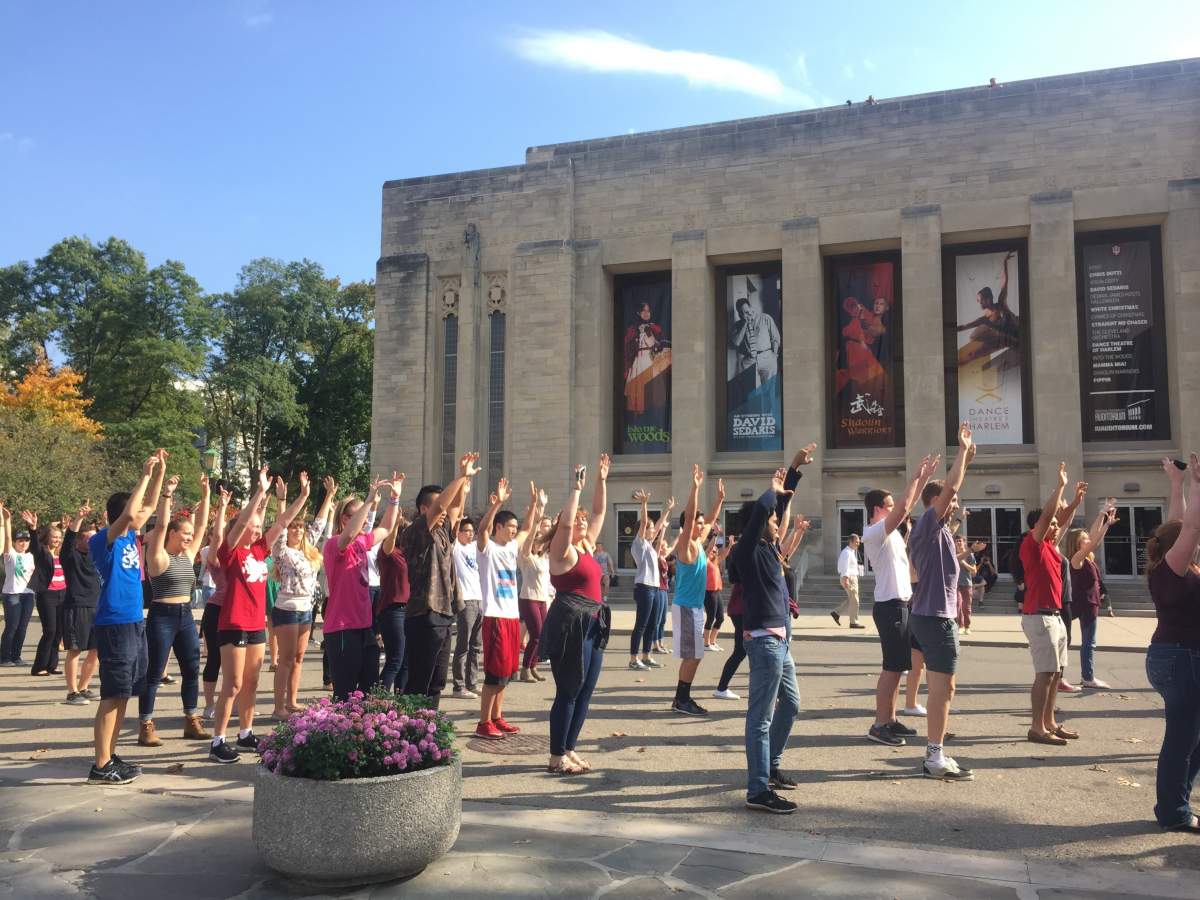 Every day on her way to work, Mary Hoedeman Coniaris sees the same sight out her car window. It's a sight that troubles her. "Everybody along the bus stop has their heads down in their phone," she said.

Want to to get people's attention away from their screens? Try a flash mob.

120 students participated in a dance flash mob choreographed to Andy Grammer's tune "Keep Your Head Up" at the Showalter Fountain on the IU-Bloomington campus Tuesday, October 18. Hoedeman Coniaris, who teaches dance in IU's Department of Kinesiology, organized the event to shift people's focus from their phones to their environment, and to cause them to stand up straighter in the process.

"I'm a dance teacher. Dance posture is so important for every day life, not just for dancing," Hoedeman Coniaris said.

Not only is poor posture a concern for Hoedeman Coniaris, but she also believes cell phones can be a distraction. "People are walking down the street running into each other, tripping, and falling off their bikes because they have their heads in their phone," she said.

Students of Hoedeman Coniaris volunteered to participate in the flash mob, and some shared her beliefs about cell phones. Amanda Marino, a senior at IU, said, "It gives you terrible posture, it hurts you in a really real way, and also the distraction is so unnecessary."

The message of the flash mob wasn't obvious to all observers, however. "I had no idea what it was for, but I thought it was awesome," said Mariah Lewis, a sophomore. In fact, several onlookers used their phones to videotape or photograph the flashmob.

A forthcoming Youtube video of the flash mob will highlight the issue of people spending too much time on their phones, Hoedeman Coniaris said. The message of the flash mob has already impacted her students, she asserted, because they are more aware of their cell phone use. "Now they're telling their friends about it."