Finding A Common Thread In Prison 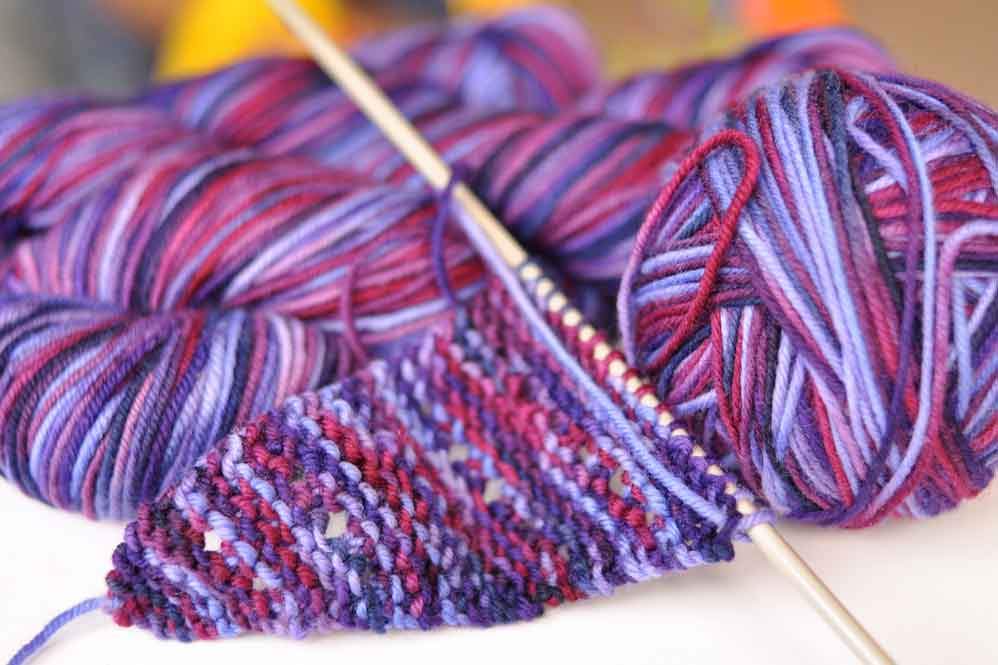 "I used to see my grandma knit when I was younger, but I thought it was for old people," says Chuck of the Naptown Knitters. "Then I got locked up and I saw all these dudes doing it, and I said why not give it a try?"

Naptown Knitters is a knitting circle that meets weekly within the walls of Indianapolis Re-entry Educational Facility, or IREF, a minimum-security men's prison.

Those incarcerated at IREF, referred to as residents, are typically serving the last year or two of a long-term sentence.

"Instead of being a normal prison, IREF helps prisoners assimilate back into society before they actually get into society," Blake explains.

"It's like a school, college with a barbed wire fence," describes Rydell.

This is really the first thing I've made with my own two hands.Â It feels great to say, â€˜Look, I made this!'

Knitting is one of the many group activities offered at IREF to give residents social and educational tools in preparation for their upcoming release.

"This is really the first thing I've made with my own two hands that I can wear and that I can show off," says Blake, pointing to his scarf. "It feels great to say, â€˜Look, I made this!'"

Founded with the help of volunteers, Naptown Knitters is run completely by residents, who vote in new recruits and teach them how to knit. The group meets twice a week to work on hats, scarves and blankets,Â which are then donated to charities, like Riley's Hospital and Indiana Recovery Alliance, a substance abuse outreach program.

Naptown Knitters is still going, six years strong, in spite of the transitory statusÂ of IREF residents, and in spite of gender stereotypes commonly associated with textile arts.

"Many guys don't want to knit because it doesn't go with [their] 'hardcore' image," Greg explains. "Knitting is commonly accepted as a feminine way to pass the time," says Blake, "but you're not to macho to knit."

For Blake, Naptown Knitters provides an opportunity to challenge these and other stereotypes. "Even though we're in prison, even though we did wrong things in the past, we're still human. We still have hopes and dreams, and a lot of us just want to improve ourselves."

The knitting circle is also something of a support group.

"We have deep conversations at times where people are actually being vulnerable," Greg explains. "One of our guys that recently left was worried about getting out and returning to that lifestyle-drug battles-and we would listen and help motivate him. That was good for him and good for us, because we're all going to be feeling that same anxiety."

New knitters keep the circle going as old members are released. After being in the correctional system for a long time, some since adolescence, residentsÂ can only guess what the next phase of their lives will look like.

"When that time comes, you just hope that you can be a good, positive individual," says Rydell. "I've got a lot of support, so I think I'm going to be okay."