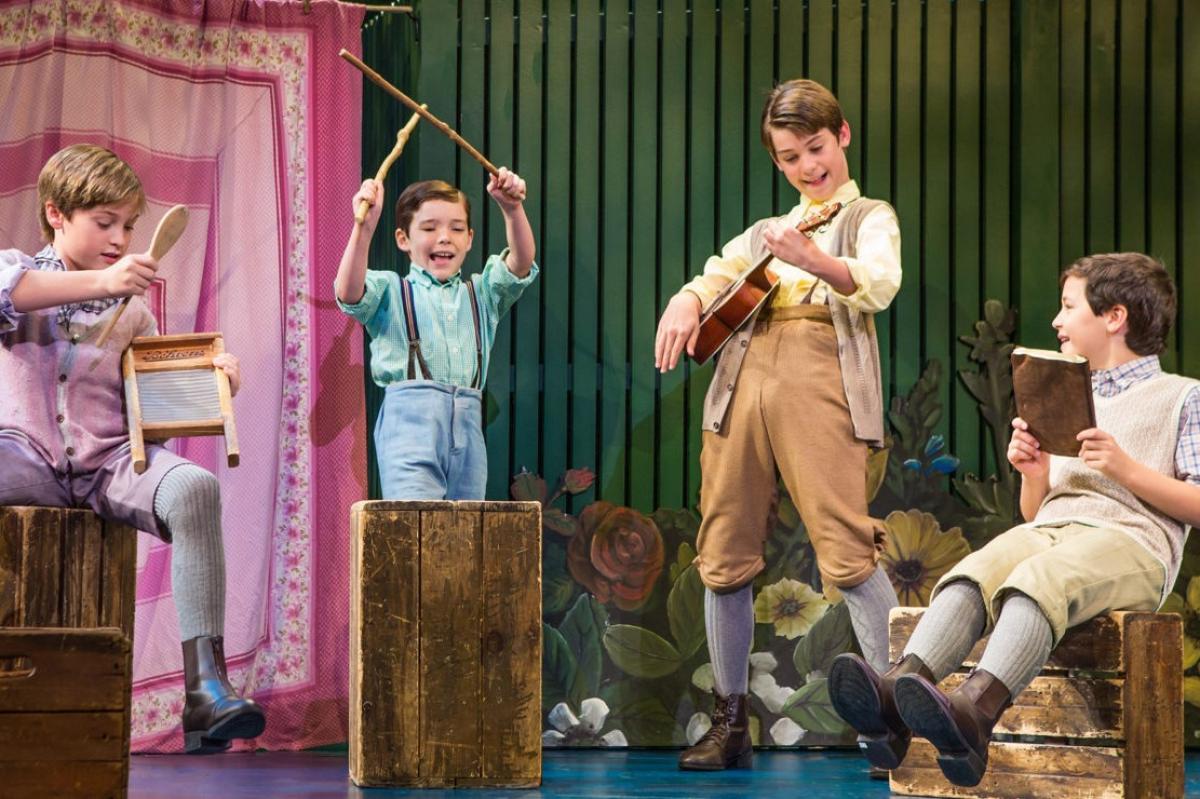 Finding Neverland at the IU Auditorium is a real treat for those who've thrilled to the rebellious Peter Pan's flying, been frightened by Captain Hook and clapped long and hard to save Tinker Bell. On opening night Daniel Hayward was an effective actor and singer as the beleaguered playwright J. M. Barrie. Ruby Gibbs was his critically effective foil as, Sylvia the widowed mother of the boys who inspire the playwright. Conor McGiffin played, Charles Frohman Barrie's embattled and demanding theatre owner. When Barrie tells him that he has an inner child that struggling to come out, Frohman says that what he has is an ulcer.

The costume designer Suttirat Anne Larlarb and what must be an army of dressing assistants work overtime for Finding Neverland. The opening has the whole Peter Pan cast in costume, on stage and they are simply dismissed with the comment that they have come too soon. In moments they are back as a group of neatly dressed tourists visiting Kensington Garden. Adding to the magical shifts in costumes in the scenic design of Scott Pask augmented with the projections of Jon Driscoll and the lighting of Kenneth Posner. I especially enjoyed a steam punk inspired episode of gears, clocks, and wheels within wheels for time pieces.

Finding Neverland does follow J.M. Barrie's path from fairly traditional plays to the magic of Peter, the Darlings, and the lost boys. Ashley Edler plays the wife that he increasingly ignores as she flirts with Lord Cannan, Michael Luongo. She has her well-deserved featured moments in the show's "Circus of Your Mind." Meanwhile Sylvia's mother, and the inspiring boys' grandmother Mrs. Du Maurier, Emmanuelle Zeesman has eloquently deep reservations about Barrie and her grandsons.

Early in the show, J.M.Barrie talks eloquently about the inner child, and there seems to be something missing from the whole picture. Conor McGiffin, new appearance as the rascally Captain Hook, rounds out both Barrie's portrait and adds the final piece of the villain to the script. Once that script is in place then there's the wonderfully detailed cast of the theatre's actors to convince and that takes some doing. A good sized Spenser Micetich takes some coaching to play the diminutive Michael and the tall Joshua William Green takes even more to get him into Nanna's dog suit. Fortunately Josh Dunn as the ever reliable stage manager, Elliot is there to assist as he is in many other key moments of the evening.

The vocally strong and athletic cast did a fine job. The four young actors playing Sylvia's sons were very good. The family's dog, Porthos handled by Mel Rocco hit its marks for every scene and was just amazing.

Wrapping things up is a bacchanalian production of the scenes from the play itself. Peter, Melody Rose vainly tries to reattach his shadow and Wendy, Marie Choate sews it back together. It's an all hands on deck with waring boys, pirates, Indians and even a mermaid. Tinker Bell does drink Peter's poisoned medicine and the dewy eyed audience all clapped like mad to encourage her light to shine again. Peter flew above the scene that set off the general applause.

There's a final performance of Finding Neverland this evening at the IU Auditorium at seven-thirty.