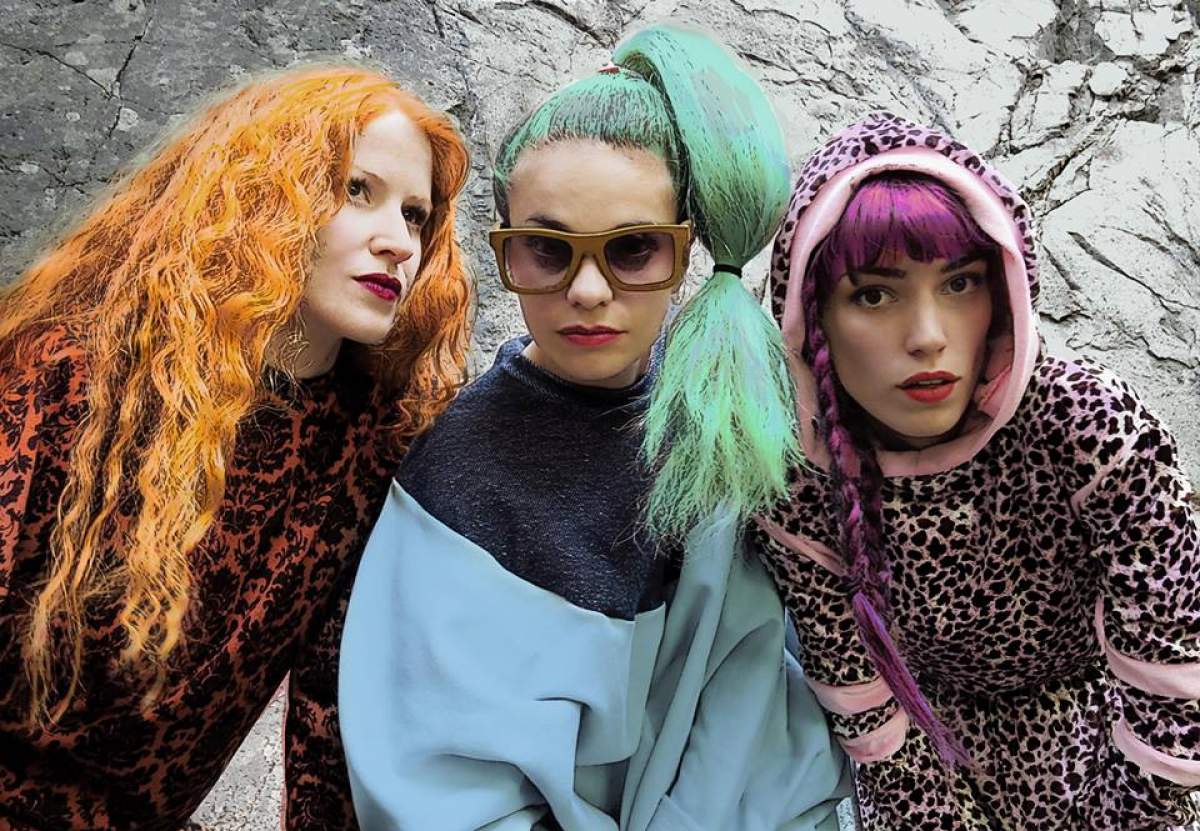 As part ofÂ their first tour to the United States, the band FÃ©minaÂ brings theirÂ fusion of folk, rap, and funk to the 23rd annual Lotus World Music and Arts Festival in Bloomington. In their music, the all-women trio use intricate harmonies and poetic rap in their native tongue, Spanish.

"When you play your music in a place where they don't understand what you're saying, it's very magical because you have to emphasize the expressions of each song. What we do, it's very theatrical," saysÂ band member Clara Miglioli.

When you're on stage, it's not only important what you're saying or singing - even if you're singing it well or not - it's important that you're in that moment.

Hailing from San MartÃ­n de los Andes in Argentina, sisters Clara and Sofia Trucco along their childhood friend, Clara Miglioli, formed FÃ©mina in 2004. All three had vocal training and have backgrounds in acting as well, which lends itself to the high energy and strong facial expressions they bring to performances. Miglioli's focus is on vocals, whereas Clara Trucco plays the guitar and the ronroco, a Bolivian instrument similar to a mandolin. Her sister Sofia's specialty is percussion, including the cajon flamenco, a percussion instrument fromÂ Peru.

The name FÃ©mina alludes to the fact that they are an all-female band spreading messages of gender equality. Miglioli explains that FÃ©mina's mission is about promoting love and equality across culture, race, ethnicity, gender, and sexual orientation. FÃ©mina's focus on uplifting women is especially strong, as Miglioli explains. "We have to have the same rights. We are the same. We are human beings. It's different in some cultures, it's very difficult for a woman to even dress the way she wants or say what she wants, or even work, have a job, or have the same freedom as the rest of the people, you know?"

While their message has remained intact since the group's formation, their sound and songwriting process have evolved over time. With another album in the works after two previous ones (Deshice de Mi, 2011 and TRASPASA, 2014) FÃ©mina is focused on blending their acoustic folk sound with more digital elements of rap and soul music. Another change will be a greater collaboration of all three band members in the songwriting process. "This third album, we think it's very important to unite our heads, our creative heads, and that each song is not from one of us, it's like more of the entire group," explained Miglioli.

Although their lyricsÂ may not be understood by the majority of those attending Lotus, the band members hope the emotion in their music will transcend language. "When you're on stage, it's not only important what you're saying or singing - even if you're singing it well or not - it's important that you're in that moment," Miglioli said.