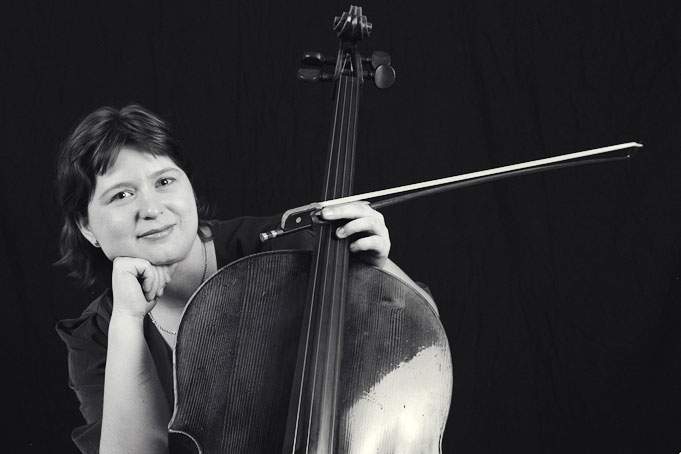 The two met in a summer class in Switzerland with IU faculty member pianist Gyorgy Seboek. Later, they both studied in Bloomington, Simon with Seboek and Smits with his longtime playing partner, cellist Janos Starker.

Smits had made the decision to come to IU years before. "I had done a master class with Mr. Janos Starker when I was seventeen, before I knew that he was famous. He just blew me away with his teaching, and I knew that someday I wanted to study with him. That took a few more years, as I finished my degrees in the Netherlands before I came to IU."

Although Smits and Simon didn't play together at IU, they did get to know one another, as they both had rooms in the same house near the Jacobs School. Still, it was back in Europe that they began to work together.

The CD Felix Austria presents music from David Popper through Dvorak, Janacek, Bartok, and Kodaly, to Gyorgy Ligeti. It's quite a span.

"Sabine and I talked about what would fit. We think that all the pieces complement on another," says Smits.

The earliest and most conservative composer is David Popper. "I have to say that I was always swearing at the '40 Studies of High School of Cello Playing' that every cello player has to go through. But this 'Hungarian Rhapsody' is almost like an audition piece. He shows a lot of gypsy music and themes, and in the piano you hear the cimbalom. It's basically a show piece."

Of the music by Bartok and Kodaly, she says, "They actually worked together, but they have different styles, different musical styles. It's interesting that both Hungarian and Czech share a common accent on the first syllable of words. I think this colors their music, but both do have their own language. You can really hear that one is Bartok and one is Kodaly. You can't mix them up."

Ligeti is most modern of the composers on Felix Austria. "He wrote the first movement of the 'Sonata for Solo Cello' during the war, when he had not had contact with western music. He'd grown up with Kodaly and Bartok, so that first movement, you could actually think it was by Kodaly. But the second movement he wrote later and it already goes in the direction of more electronic contemporary music."