'Fearless Performance' Gets Musicians To Go Beyond The Notes 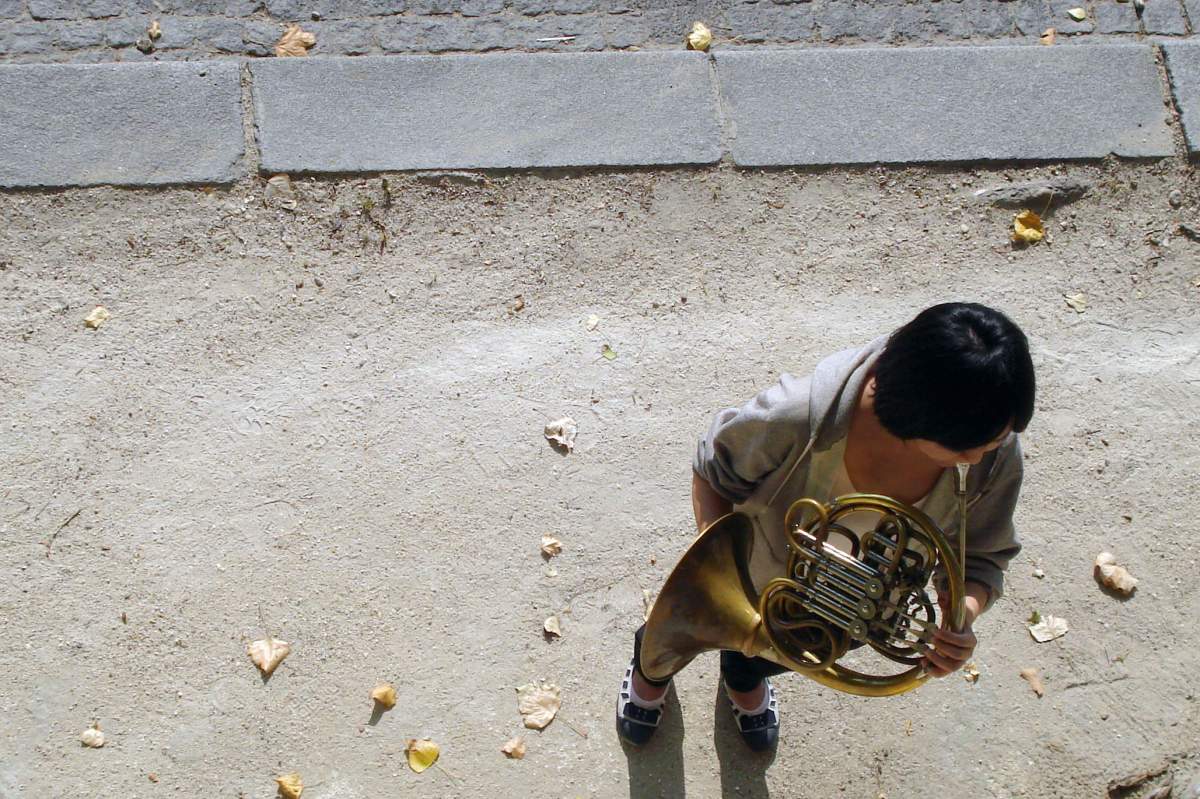 Ahead of the Jacobs School of Music's Summer Festival is a series of classes that doesn't focus on how to play music, but on how combat the nerves that inevitably come with being on stage  Fearless Performance For Musicians.

Jeff Nelsen has what some would call the dream career for a horn player. Before joining the faculty at the Jacobs School of Music, he played with many of the top orchestras in North America, and he toured and performed with the Canadian Brass for eight years.

Unlike many of his students, he took a break from the instrument in high school, picking it up again when he was on academic probation in college. "When I came back to the horn, I wasn't very good but I didn't feel bad about playing badly," he says. "My self-worth was not wrapped up in what I did on the horn."

After several influential conversations with his college professors and three months of intensive work starting at 6:00am every morning, he won his first job with the Winnipeg Symphony in his third year of college. He says his success is thanks to lots and lots of work not only learning to play music but training his brain to not get in the way.

When I came back to the horn, I wasn't very good but I didn't feel bad about playing badly.

This is what he teaches students in his Fearless Performance seminars. They talk about where fear comes from, students create an inspirational sheet with sayings that motivate them and they practice performing with positive thoughts and goals on their minds. Nelsen says the biggest improvement musicians can make is to learn to tell better stories.

"It's not about getting all the notes, or worse yet, avoiding missing the notes," he says. "The biggest success is to miss five notes and feel like you succeeded because you told a better story than the accurate, boring one."

This will be the fourth year Mike Walker has attended Fearless Performance. He is a doctoral student studying horn with Nelsen.

The first manifestation of his performance anxiety presented itself in the form of a shaky tone when he first started playing horn in middle school. "I had to play the tuning note by myself because I was the only horn player, and it was really hard to find the notes when I was such a young kid."

He recalls the negative self-talk that plagued him:

Wow, I'm really nervous. There's a lot of people here. Why is my tone shaky? Oh my gosh, my tone's shaky. What am I going to do? I wonder if they can notice that. Can they hear it? It's this crazy spiral that exists that you go down and follow.

Choose Your Own Adventure

Performance anxiety is defined as a disorder that's an exaggerated and sometimes incapacitating fear of performing in public. When experiencing anxiety, the body reacts as if it were under threat.

"The fight or flight response of the body is really there to help us be able to cope with some kind of physical stressor," says Peter Iltis, Professor of Kinesiology and Horn at Gordon College.

The sympathetic branch of the autonomic nervous system is wired to be able to deal with stress by preparing us to fight or flee. When we perceive a situation as stressful, the body produces a flood of hormones, resulting in various symptoms like increased heart rate and sweating.

"Blood flow is redirected to the muscles and away from things like the digestive organs, which might give you butterflies. Even your saliva changes its nature. It becomes thick and copious as opposed to being kind of watery," he says. "All of these bodily responses are a good thing for fighting but not a good thing for speaking or playing a musical instrument."

Instead of thinking I hope I hit all the right notes, I'm thinking I'm going to try to change the world with my horn playing.

Possible solutions for performance anxiety are psychoanalysis, mental rehearsal and relaxation techniques. Iltis says the best solution in most cases is Cognitive Behavioral Therapy, which focuses on replacing negative thoughts with constructive thoughts.

That's the crux of what Fearless Performance is all about.

"I believe we all fear and we all choose to fear, so we can just learn to choose better and replace that with better choices along the way," says Nelsen.

Walker has made the choice to think positively before he steps on stage. "Instead of thinking I hope I hit all the right notes, I'm thinking I'm going to try to change the world with my horn playing."