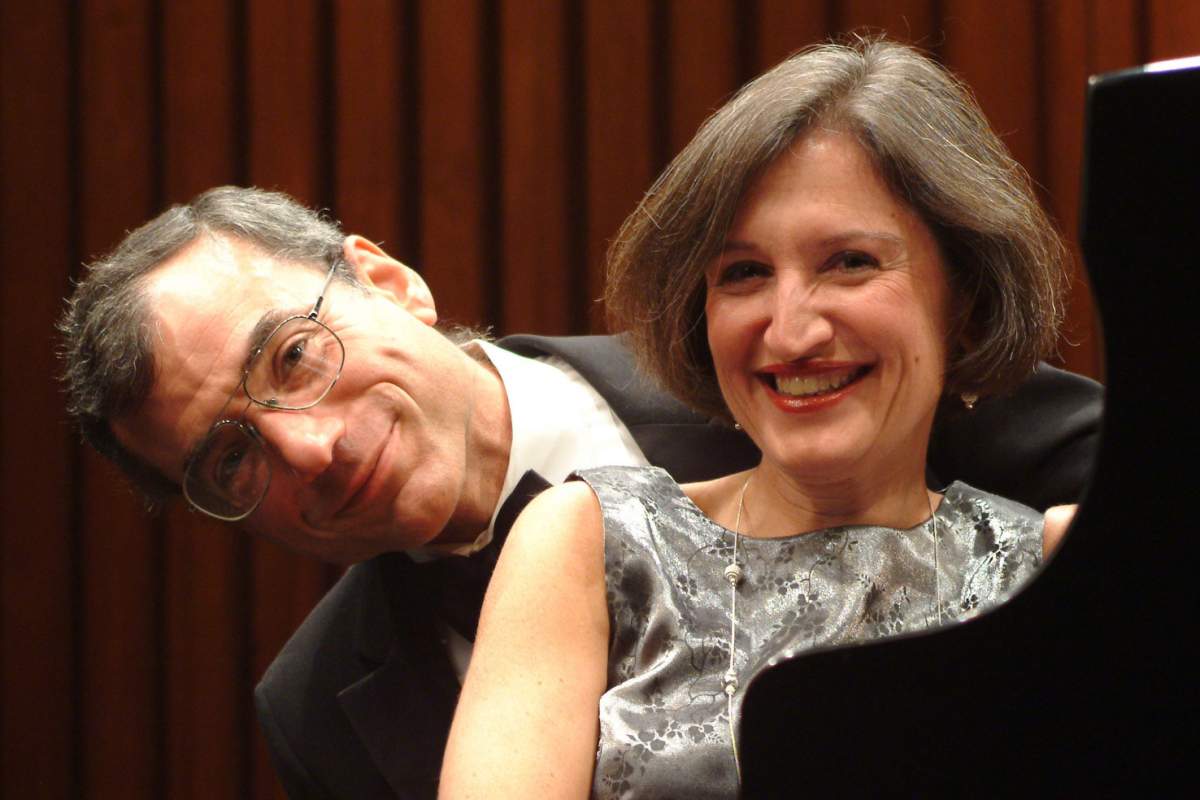 Pianists Sally Pinkas and Evan Hirsch perform as soloists and as the Hirsch-Pinkas Piano Duo. ‘We involve each other in each other's projects like the current Faure: 13 Barcarolles; Dolly, CD," says Pinkas.

Pinkas has a connection to IU's Jacobs School of Music. "I was actually at Bloomington studying for two years with a wonderful man, George Seboek who I adored. So it's nostalgic that WFIU is featuring our recording," she says. It was later in graduate school at the New England Conservatory where she met Evan Hirsch.

They didn't begin playing together for quite a while."We actually knew each other for about ten years before we thought seriously of performing together," says Hirsch. "We had separate existences as pianists and then at one point a presenter suggested that she ask me to join her for a concert, a two piano concert and that's how the Hirsch-Pikas Piano Duo began."

The new CD reflects Pinkas's continued fascination with Fauré. "I had recorded the nocturnes and I was actually taking a break from Fauré"says pianist Sally Pinkas. "Then I realized that I still had a curiosity and I wanted to explore the barcarolles. I started with a few and then I got intrigued.  Fauré has a way of exploring all kinds of harmonic possibilities and a very penetrating but understated way of dealing with harmony and rhythm. It's a group of works that are quite remarkable."

This particular project  Faure: 13 Barcarolles, Dolly was mostly mine," says Pinkas. "But I thought that the Dolly Suite, which Evan and I  have been performing a lot, would go lovely with the barcarolles. Somehow I think they complement each other."