Out Of Our Fathers' House 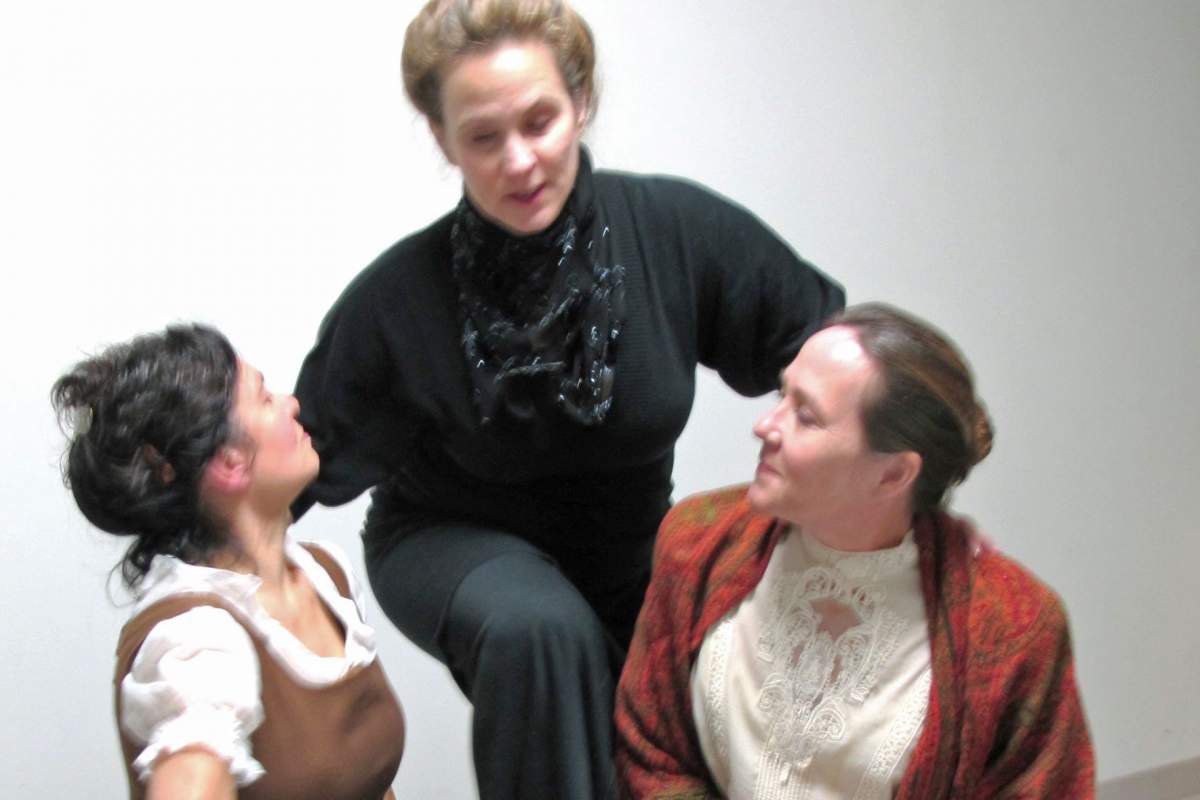 Out of Our Fathers' House is being presented by the Jewish Theatre of Bloomington. The play is based on the writings of six women collected in Eve Merriam's book Growing Up Female in America. Darrell Ann Stone directs Diane Kondrat, Martha Jacobs and Gail Bray. There is music played by Anne Hurley and Lara Weaver.  We talked with two of the three actors.

Diane Kondrat portrays Dr. Howard Shaw and labor activist Mother Jones. "Dr. Shaw was really an exceptional woman," says Kondrat. "She qualified as a medical doctor and was the first ordained minister in America. This involved a real rebellion against her father and family. Dr. Shaw worked for international peace around the turn of the century. Mother Jones was also a rebel. She worked for labor and social justice."

Martha Jacobs portrays the earliest and the most recent of the women in Out of Our Fathers' House. "Yes, I have the bookends," says Jacobs. "Elizabeth Southgate was a young girl of privilege who died in her early twenties in the first decade of the 19th century. Her letters describe finding a husband, getting married and her illness. My second lady is Elizabeth Gertrude Stern who lived into the mid 1950s. Stern was from an orthodox Jewish family and her rebellion led to a career in business and as a writer."