Falstaff And The AARP 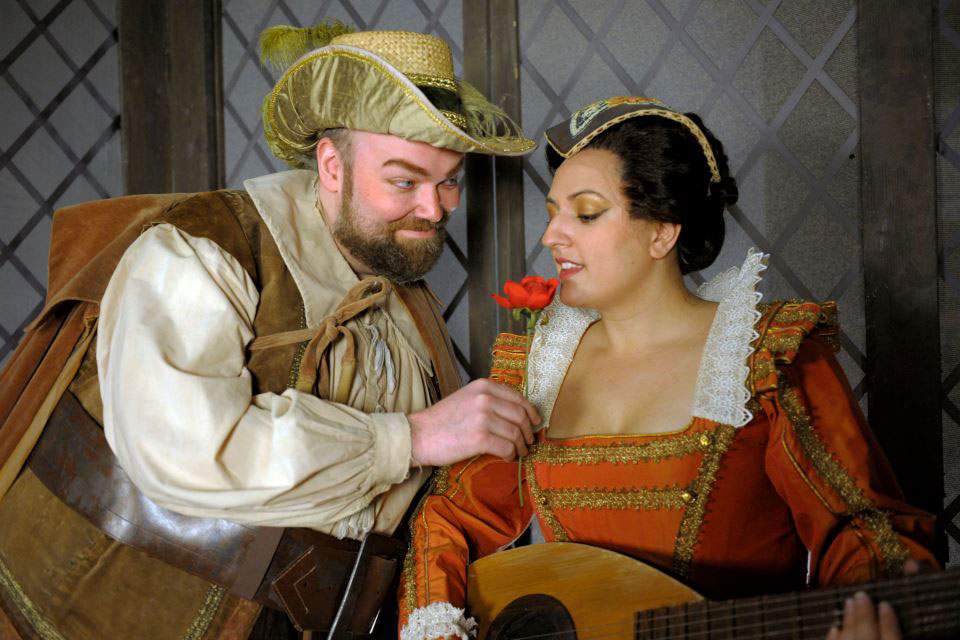 IU Opera Theater guest director Robin Guarino reflects that Verdi's Falstaff is a musical treat and an essay on aging, on what might have been, and on seeking for a spark in life.

In the opera based on Shakespeare's The Merry Wives of Windsor  and Henry IV,  aging fat Jack is still boastful, bawdy boisterous and conniving. To increase his slender fortunes he schemes to send not one, but two letters to set up assignations with Margaret Page and Alice Ford. They are both married women with wealthy husbands. The women are friends and of course share those letters.

"Margaret is in a happy marriage," says Guarino. "She thinks Falstaff is a monster and a beast, but she mostly just thinks the proposal is funny. But Alice Ford is older. The spice has gone out of her marriage. I think there's a what-if and wouldn't it have been wonderful if this were a real suitor. It's not because Falstaff is a potential love interest, but because Alice has lost a certain love feeling."

The two women and a couple of friends band together to give the wily old knight a just comeuppance. The IU production has two Falstaffs, one a twenty-four year old, the other a veteran returning after playing the part at IU fifteen years ago.  "They're both fine singers," says Guarino, "but the alum has brought back lots of experience from the field. He has a different take on Falstaff, the wisdom and the full spectrum of emotion and what it's like to get older."

Guarino has been familiar with the opera for years and she's directed Falstaff before. "I'm getting to know him better and better as I get older. Falstaff brings life and difference, drama, and magic and entertainment. In fact I empathize with him more and more and he gives me great humor at my age"