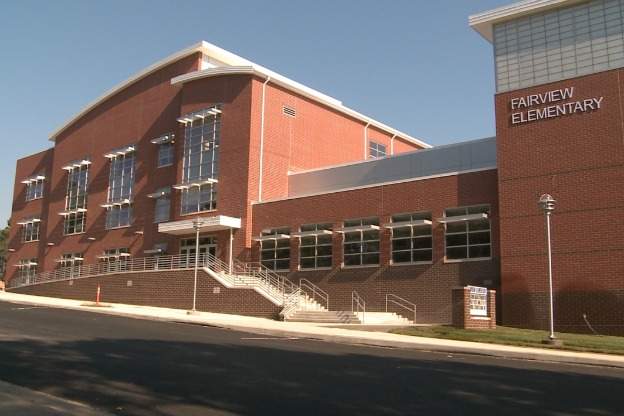 Fairview Elementary became an Artful Learning school in 2010 when it opened its new facility on West Seventh Street in downtown Bloomington.  Ivy Tech Community College partnered with the school in the fall of 2013 to introduce the arts-infused curriculum to the first preschool cohort.  On May 13th, 2014, the partners invited school board members and fellow educators to witness the students' progress.

Everything that you're going to experience with us today is meaning making.  We play to exist; we play to learn.

"The focus is to use the arts as an integrative tool across the curriculum," explained  Jeffery Allen, executive director of Ivy Tech's Lifelong Learning programs. "The school was unable to provide that level of service to the newly formed preschool.  We were able to partner with Fairview in delivering a visual artist and a theatre artist to work one on one directly with the preschool teacher," said Allen. "We have a trifecta if you will.   We have Lynne Hall who is an amazing teacher in this school, an amazing visual arts teacher in Ginger Brinn, and an amazing teacher in Gus."

"Everything that you're going to experience with us today is meaning making," explained  Gustave Weltsek at the May 13 presentation.  "We play to exist; we play to learn.  A lot of people say playing is frivolous.  That is wrong.  Playing is essential to the way we exist and we have to play." A professor of theater and the director of arts and humanities at Ivy Tech Community College, Weltsek has researched and participated in arts infusion education for over 15 years.

When we involve them in the arts, things start to make sense.  We're meeting different types of learners with just these activities.

"My idea was to frame this exploration in how the world works in meaning making through a fictional space exploration.  All along the way we have been learning notions of space and time, distance, constellations, patterns.  You're seeing maps the kids made of where they're going, and what they're seeing.  There's a lot of visual literacy too.  It's all a part of meaning making.  We're not just a written literacy species.  We have literacies that are multi-module and complex,"  says Weltsek.

The students took a timed flashcard test developed by Juniper Gardens Children's project affiliated with the University of Kansas.  They tested for vocabulary, alliteration, and rhyme.

"Templeton had a 39% average increase without arts infused education.  The Fairview students had 117%.  The average student doubled their score," said Allen.

At the May 13 press conference, the announcement of the test results was followed by a student demonstration.

"We're going to play a little game today called 'Orbit Around The Sun'," announced Weltsek.  "We have the students standing up pretending to be planets.  It dawned on them that the further away the sun, it's colder, and that's like winter."

"When we involve them in the arts, things start to make sense," explains Fairview preschool teacher Lynne Hall. "These little light bulbs go off, and when they go back to the classroom, they start to get things.  Our little guys who are a little resistant to learning find a reason to be excited about school, and they can't help but be compelled to be engaged in the learning.  So, we're meeting different types of learners with just these activities."

Since the test results proved a marked improvement in the students' development, Ivy Tech and Fairview hope to expand programs that utilize a child's natural inclination to play as a mechanism to learn and explore the world, but before they become a beacon for the state and nation, they must expand their research.

"We're next door to a Research 1 institution," says Weltsek, "There needs to be an investment by the entire community on exploring what arts infusion does for the human learning event."